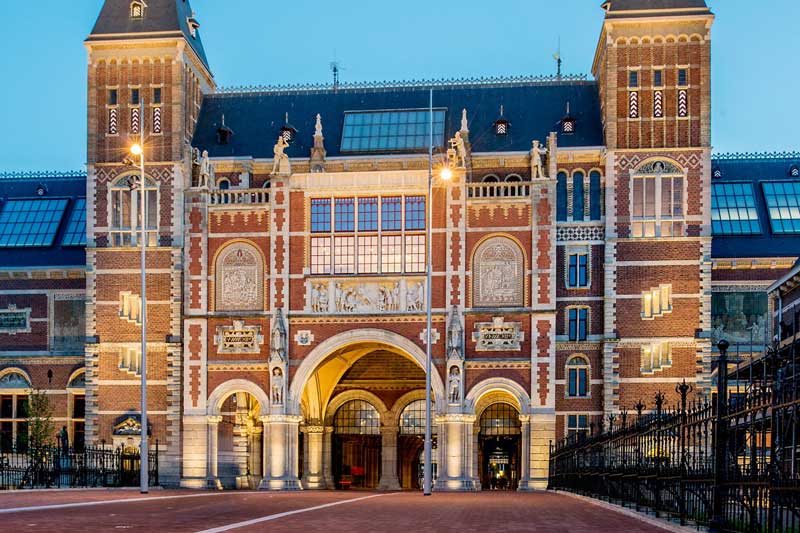 It isn’t uncommon for museums around the world to stage an exhibition devoted to painter Johannes Vermeer, whose intimate scenes of the 17-century Dutch life have fascinated for centuries. It is rare, however, when many of his surviving paintings—around 35—will be reunited in the artist’s home country for a major exhibition. That’s what will happen in spring 2023 when the Rijksmuseum in Amsterdam mounts one such show.

Not only will this Vermeer exhibition be the first retrospective organized by the Rijksmuseum, it also will likely be the largest gathering of his works ever. In addition to the four works owned by the museum, which includes The Milkmaid and Woman Reading a Letter, other confirmed major loans to the show include The Girl with a Pearl Earring (from Mauritshuis in The Hague), The Geographer (Städel Museum, Frankfurt), Lady Writing a Letter with her Maid (National Gallery of Ireland), Woman Holding a Balance (National Gallery of Art, Washington D.C.), and Girl Reading a Letter at the Open Window (Gemäldegalerie Alte Meister, Dresden).

In a statement, Martine Gosselink, the director of the Mauritshuis, said, “The Girl with the Pearl Earring is the most famous Dutch girl worldwide. We are very happy to lend her out for this unique collaboration. … Yes, we will miss her terribly, but a Vermeer exhibition without The Girl is simply not a Vermeer exhibition.”

In a statement, Rijksmuseum director Taco Dibbits said, “Vermeer is one of the most famous painters in the Netherlands, along with Rembrandt, Van Gogh, and Mondrian. We would not have thought it possible that so many museums are willing to lend their masterpieces. We are incredibly grateful to them. With this exhibition, we can introduce a new generation to Vermeer’s painting at the highest level and present the results of the latest research.”

Partnering with Mauritshuis, the Rijksmuseum will conduct new research into seven Vermeer paintings that are owned by the Dutch state, as well as other ones that will feature in the exhibition. In addition to the Rijksmuseum show, the Museum Prinsenhof Delft will mount “Vermeer’s Delft,” which will look at the influence of the Dutch city on the artist, who was born and lived there for the entirety of his career. The two exhibitions will both run from February 10 to June 4, 2023.

In an accompanying video, Pieter Roelofs, the Rijksmuseum’s head of paintings and sculpture, gives viewers a tour of the museum’s four Vermeers, noting, “No other artist in the 17th century was able to create such wonderful, tiny little stories like Vermeer,” he says.