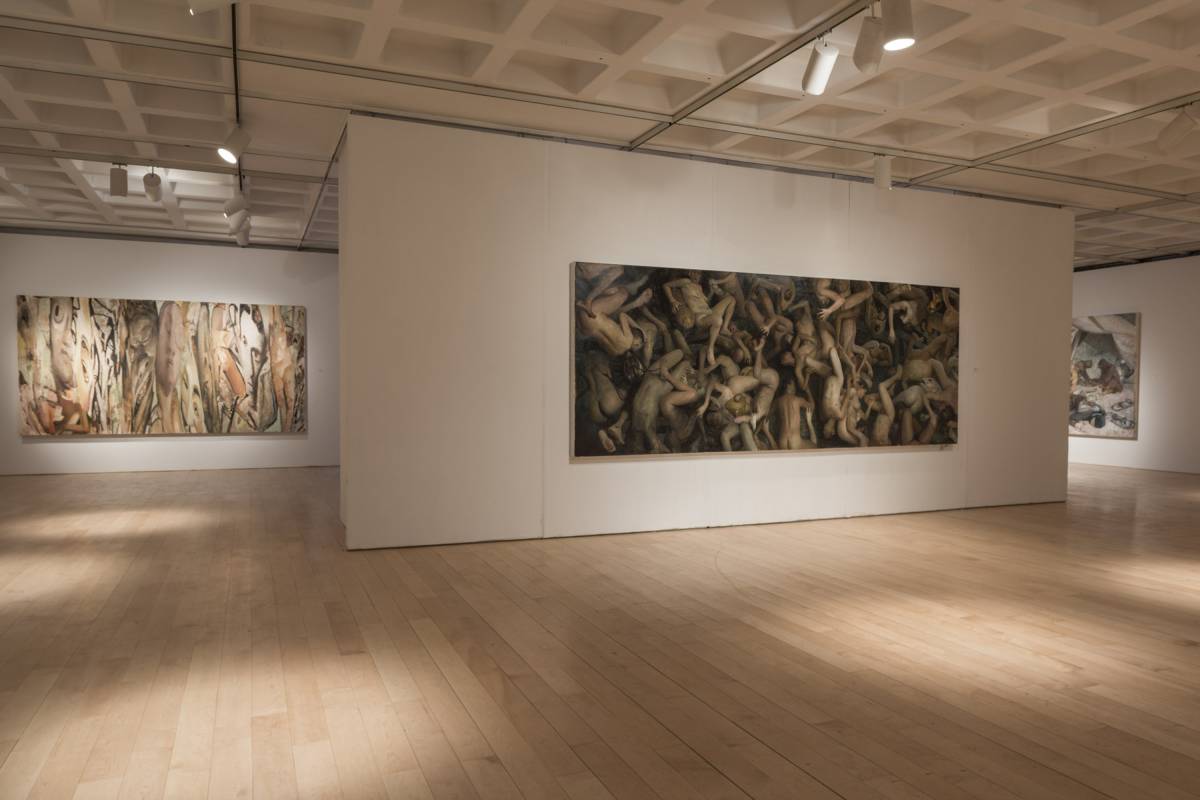 The legendary Marlborough Gallery is to close their NY premises with an announcement about the future of their London flagship pending.

A family power-struggle is responsible for closing the world’s first mega gallery, which once had branches in numerous countries. Following the Rothko Estate scandal in the 1970s Marlborough has been on a slippery slope for many years. They once had a roster of bluechip artists including Francis Bacon, Lucian Freud, Jackson Pollock, Henry Moore, Barbara Hepworth and Frank Auerbach.

Marlborough Fine Art was founded in 1946 in London by Frank Lloyd and Harry Fischer. Both had emigrated to Britain from Austria during the outbreak of war and first met in 1940 as soldiers in the Pioneer Corps of the British Army. In Vienna, Lloyd’s family had been antique and picture dealers for three generations, while Fischer dealt in antiquarian books. The gallery opened at 17-18 Old Bond Street in London, selling antiquarian books and a few paintings and initially exhibiting works mainly by Impressionists, Post-Impressionist and Modern French masters. After opening the gallery, they were joined in 1948 by David Somerset, Duke of Beaufort.

This month, Gilbert Lloyd the son of gallery founder Frank Lloyd ousted Frank’s nephew Pierre Levai, the longtime director of the NY gallery and heir to the trust, with his son, Max Levai, who was elected president last year. Pierre Levai was in intensive care, suffering from COVID-19 when he was told of the board’s decision, made at a board meeting in June.

“Having been effectively terminated by the board of trustees of the Lloyd family trusts, I have regrettably broken with the international Board of Marlborough Gallery,” Max Levai stated; “This is an unfortunate ending because things were going well, and so much was planned for the future. However, decisions made by the board of trustees concerning their treatment of me and my family have had legal ramifications and exacerbated serious health issues for my parents.”

Late last week problems within high ranking board members of Marlborough became public. The downtown Chelsea space was opened in 2007. The Lloyd family trust owns the building. Last year the family broke their lease on their upper east side 57th Street premise first opened in New York in 1963.

Whether or not the remaining Lloyd family members keep the gallery in London is still to be decided.

Marlborough staff was laid off or furloughed in March.