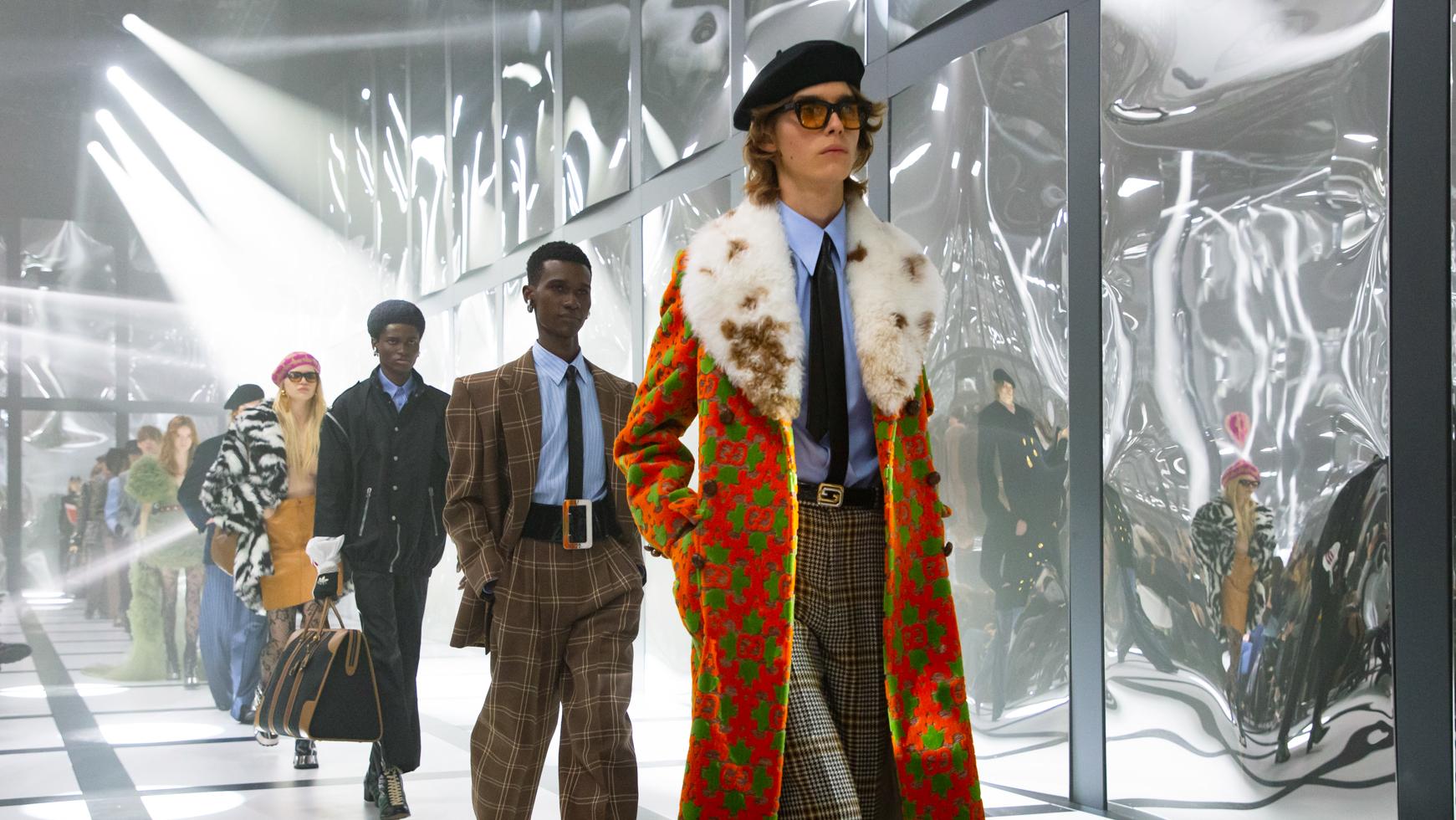 The real giveaway at a fashion show is not the clothes you see on the catwalk but the celebrities in the audience, hoping to get a sneak preview of what they can wear to the Oscars. So what was Idris Elba, known for his slick suits and brogues, doing at a Gucci menswear show in Milan, best known for its babydoll dresses and pearls?

As the lights went up, this became clear. Out walked a model in wide-legged suit trousers, a tight white T-shirt and a tiny beanie. There was no costume jewellery, no pussy-bow blouses, and no Harry Styles in the front row. Instead: bomber jackets, oversized blazers and gilets, and the return of the deep V white T-shirt.

This autumn show was the first since Gucci’s creative director, Alessandro Michele, left his role in November. No one knows why he went. Rumours of “brand fatigue” were mooted on the front row, but it was still a surprise. Especially, because in his eight-year tenure, he had more than doubled its revenues to €9.7bn, turning a sluggish brand built around 00s sex appeal into a bankable one built around eccentric freak chic. Owned by Kering, the same conglomerate that owns Balenciaga, Gucci had seemed like its safest brand. Crucially, though, he had changed menswear. If you don’t follow trends to the letter – and who does – you will have seen Styles on a magazine cover or a stage dripping in 1970s suits and platform boots. Most of this came from Gucci, if not the vintage shops that Michele was influenced by. It was also one of the first labels to move against season-led trends, and merge womenswear shows with men’s. Not only did this open up the conversation around gender, it also meant fewer shows, fewer clothes and less financial pressure – a big show like Gucci’s could cost up to €1m to stage. Gucci’s future is up in the air, so for the time being, they looked to the brand’s past. This collection was designed by Michele’s remaining design team, so there were still a few floor-length “skirt-trousers” and heeled boots. But the prevailing look was sporty, with jodhpurs and horse-bit loafers, a nod to Gucci’s 1950s horse-riding history. After the show, though, there was no designer bow and no press conference. So it was up to Elba to provide the feedback: “It was new, it was fresh, the colours were great – it was a different direction,” he told the Guardian. “And brave”, he added.