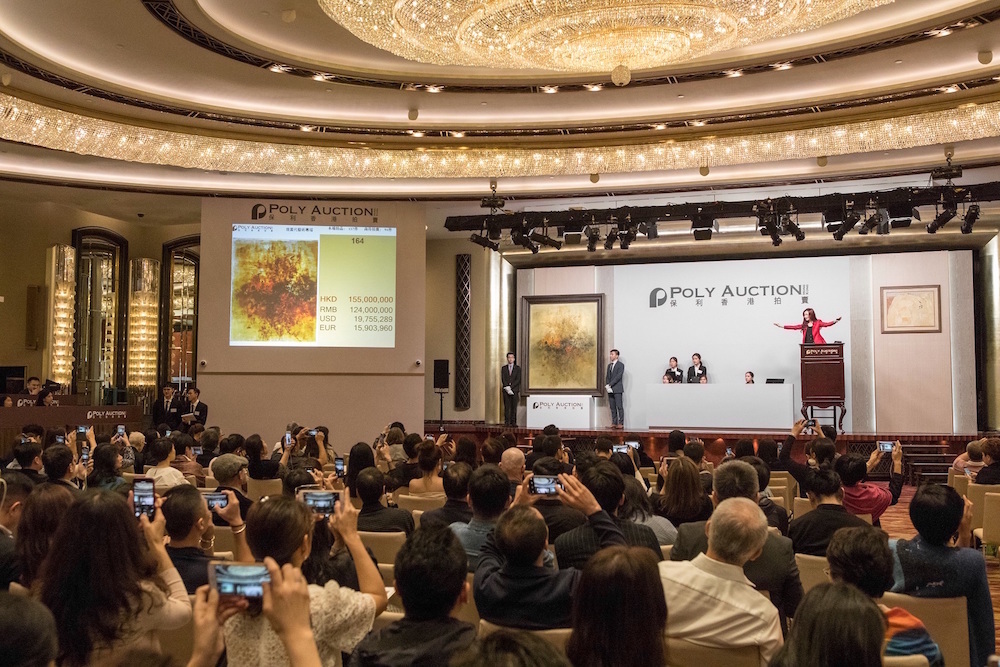 As most live sales have been canceled this year, auction houses are moving fast to adapt to the new landscape and shore up their bottom lines.

Phillips, for one, has been ramping up its efforts in Asia in recent years, a key region of art-market growth. The house, which started holding sales in Hong Kong since 2015, has now announced that it will collaborate with Poly, China’s largest state-owned auction house, to jointly conduct sales of 20th century and contemporary art in Hong Kong this November.

“In addition to its heavy focus on Chinese art, the auction house has also emerged as a cross-regional and cross-cultural platform bridging the East and the West,” said Wang Wei, director of Beijing Poly International, which was founded in 2005.

“We feel that now is the perfect moment for Phillips to seize the initiative in launching this historic collaboration with China’s leading auction house,” said Phillips CEO Ed Dolman in a statement. “As Asia continues to rise as an important art market region, this mutually beneficial partnership will enable Phillips to establish a broader foothold across greater China, whilst offering Poly our global reach and expertise.”

Specialist teams will work together to plan and execute the series of November sales. Jonathan Crockett, chairman of Phillips Asia, said he expects that Phillips’s “loyal clients” will embrace the initiative, adding that the new partnership presents an opportunity for consignors to “leverage the combined client base and marketing reach” of the two auction houses.

Jiang Yingchun, CEO and director of Poly, noted that the significant changes currently facing the art industry has brought “a constant stream of breakthrough innovations and exciting collaborations.”

“Faced with significant changes in the way art is traded,” added Wang Wei, “the opportunities raised by and implications of our partnership with Phillips are unprecedented and cannot be overstated.”