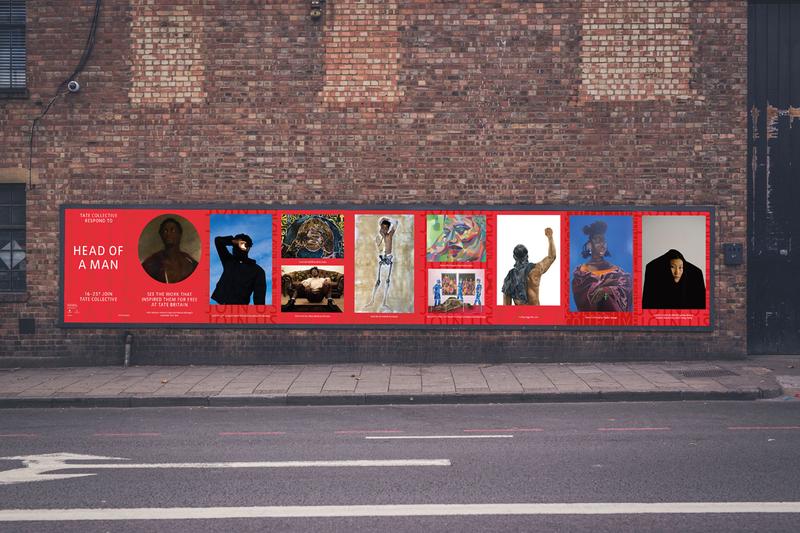 Next week from 10 August, billboards across London will be taken over with new artwork created by young artists, showcasing the talents of the UK’s emerging arts scene. Following an open call by Tate Collective – Tate’s membership scheme for 16 to 25-year-olds – members were invited to submit work in response to seven artworks in Tate’s collection, available to visit for free in Tate’s galleries. For two weeks this summer, Londoners will be able to view selected entries alongside the works that inspired them, across seven billboards in Camden, Hackney, Haringey, Islington, Lambeth, Southwark, and Walthamstow. The display has been made possible thanks to media space kindly provided by creative street advertising agency Jack Arts.

The Tate Collective open call was launched to support creativity during this challenging time, particularly for younger artists who are just beginning their artistic journeys, with all selected artists paid for the use of their work. Over 800 applications spanning a wide variety of mediums were submitted by 16 to 25-year-olds, ranging from poetry and makeup looks to photography and illustration. Following much deliberation, a selection of 48 works reflecting the vibrancy and diversity of the capital were chosen by a panel of judges comprising Ibrahim Kamara, Co-Founder, and Editor GUAP mag; Tobi Kyeremateng, Independent Producer and Founder of Black Ticket Project; Soofiya, artist, educator and writer; and Tate curators Nathan Ladd, Aïcha Mechrez and Valentina Ravaglia.

Maria Balshaw, Director of Tate, said: “It is heartening to see immense creativity emerge at such a time of uncertainty for so many. Tate Collective members have engaged with Tate’s collection in ways that are truly inspiring. I hope people all over the city are delighted and surprised by the new work they find in their communities.”

Tobi Kyeremateng, panellist and Independent Producer and Founder of Black Ticket Project said: “Tate Collective have provided a great opportunity to enable brilliant artwork created by innovative young people to be shown to the public in a way that wouldn’t have been accessible before. Right now we all need a reason to be hopeful and what better joy than encountering the expression of young creative talent.”

Urja Gauri Jain, artist said: “As a young creative & someone who graduated through a global pandemic, I am very proud and excited for this opportunity to showcase my work across London. While the current pandemic has thrown our lives into disarray and chaos, uncertainty & disappointment have become a part of our daily routine. But unlike Ophelia who drowned in despair, this is an ode to the class of 2020, as we all try our best to stay afloat while the current pulls us down.”

Khaly Nguyen, Head of Marketing at Jack Arts said: “Supporting and celebrating young artists, bursting with creativity and energy is so important. It is an absolute delight to be donating our poster sites to give these wonderfully talented young people a voice on the street, and a chance to provide some much-needed inspiration in our communities right now.”

Alongside the billboard displays, Tate Collective will also run week-long takeovers across their social media channels, showcasing entries, and the artists involved. Full details of the featured artworks can also be found on Tate’s website: tate.org.uk/TCBillboards @TateCollective.