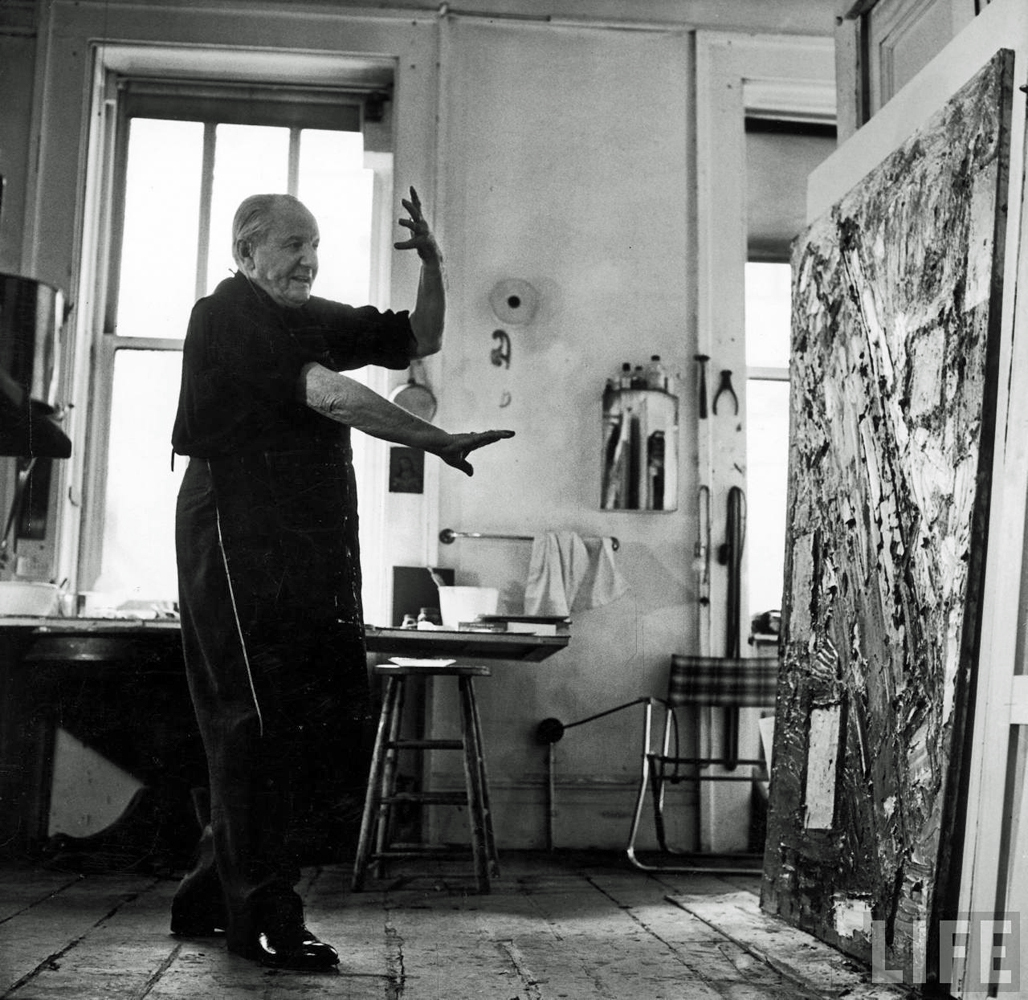 Hans Hofmann routinely receives more credit as a teacher than as an artist in studies of his era, his most enduring work came only at the end of his long career, and his paintings regularly straddle the line between various schools (elements of Cubism, Fauvism, and more cohabit), all of which has made him a tricky figure to pin down and properly appreciate. But he’s an underrated giant of 20th-century art hiding in plain sight.

Plenty of successful artists spend a lifetime fixated on one visual idea. Hans Hofmann was the exact opposite, rethinking his art and rethinking it again, bobbing and weaving for decades. Along the way, he inspired countless essential artists, remade his life after fleeing oppression, and produced some of the 20th-century’s most scintillating, most prescient paintings.

A leading light of his day, Hofmann was safely ensconced in the history books before his death in 1966, a month shy of his 86th birthday. The Museum of Modern Art in New York organized a survey in 1963, and that same year sent a show about him and his myriad students on a grand tour of Europe and South America. Institutions around the world own his art.

However, if you could visit MoMA today, you would find not one of its four Hofmann canvases on view. And in art-historical accounts, he typically receives respectful but passing notice, more likely as a teacher than as a painter. Hofmann is, as the critic Charles Desmarais succinctly put it, “revered by many, but rarely loved.”

Here is the case for loving him.

Hofmann’s wildly varied paintings point the way toward a large swath of the most exciting contemporary abstraction. He was a gallant experimenter, refusing to settle on a single style for long. His career is a case study in spurning easy answers. “What I would hate most is to repeat myself over and over again,” he once wrote.

Two works from the same year illuminate his range. Summer Night’s Bliss (1961) is a storm of smoldering color, patches of raspberry, mustard, and rose diving amid black and brown clouds. It’s exemplary of Hofmann’s “push-pull” technique, where the interplay of colors and shapes creates the illusion of space and movement. A seed of Cecily Brown is here. Meanwhile, Delirious Pink (1961) is a white canvas adorned with just a few fast, almost slapdash, bursts of color. The spirit is joyous and triumphant, but the breezy insouciance of Michael Krebber stands not far off.

The late “slab” paintings, Hofmann’s most famous works (rightly so), are especially potent now. Monochromatic rectangles in numerous shades float atop gestural compositions, interrupting and occluding those supposedly freewheeling improvisations. They imagine the future color mastery of someone like Stanley Whitney and conjure worlds beyond the frame, suggesting paintings within paintings. Think of René Daniëls’s pictures of exhibitions and David Diao’s depictions of bodies of work. Advancing the language of Piet Mondrian, they’re also transitive paintings, Avant la letter. Painted at the dawn of the television age, they look like so many proliferating screens.

But beyond such visual parallels and rhymes, what makes Hofmann’s work so exhilarating is that it is often so gloriously, genuinely, unrepentantly ugly, to degrees the paintings of his contemporaries rarely are. There is too much happening in them, and certainly too many competing colors. They only sometimes resolve themselves. Compare his robust palettes with the restrained ones of Lee Krasner, Jackson Pollock, or even Joan Mitchell (the finest of the gang, as critic Dave Hickey has maintained). You get the sense that Hofmann doesn’t know when to stop—or, more likely, doesn’t want to. In The Vanquished (1959), a garish “slab” is covered with a menacing, craggily black blob, blocking much of our view.

Intent on securing his artistic legacy, Hofmann shut his school in 1958. He was 78 years old and about to paint his best work, just as Ab-Ex went Pop. Eight years later, he was dead, and his star began slowly fading. Thankfully, there has been new momentum behind him lately. The Berkeley Art Museum and Pacific Film Archive in California, where the artist deposited a trove of his paintings, organized a retrospective last year, and a catalogue raisonné was published in 2014.

It would be heartening to see a few more Hofmanns come out of storage now and then, but protean and uneven careers, like his, are difficult to package—to their credit. You have to argue about them, examine them from various angles, and see what they can do now.

In 1963, Kaprow did just that, dedicating an interactive artwork to his onetime teacher. Titled Push and Pull: A Furniture Comedy for Hans Hofmann, it called for its organizers to fill one or more rooms with furniture, junk, or other materials. “Everyone else can come in and, if the room(s) are furnished, they also can arrange them, accommodating themselves as they see fit,” Kaprow wrote. “Each day things will change.” It sounds precisely like the kind of frenetic freedom that Hofmann prized.