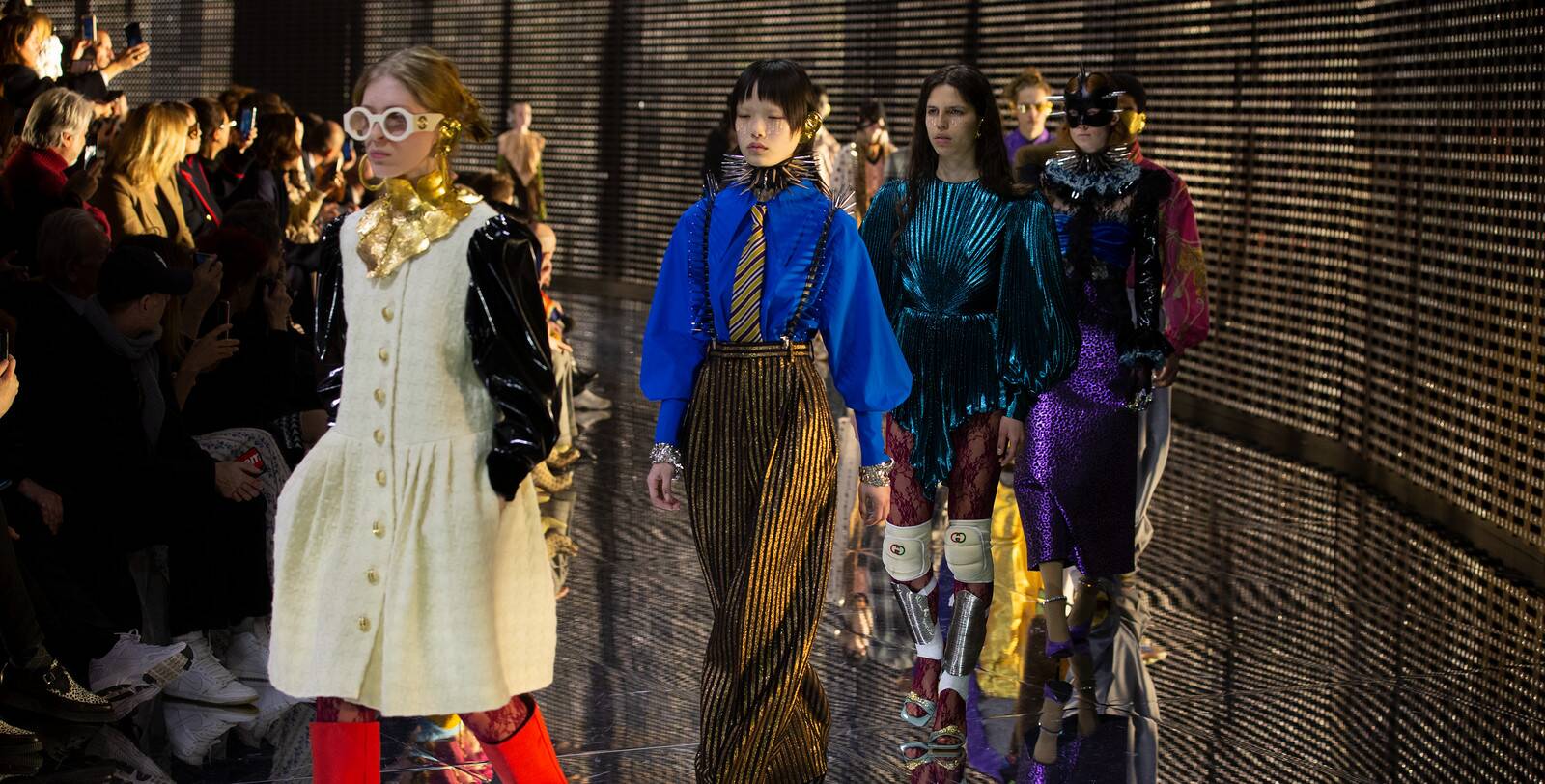 Fashion has been grappling with its existential crisis for months. Broken supply chains, the exposure of racist and classist barriers and labels going seasonless have led to an introspective time for the industry. At the London and Paris fashion weeks, a host of digital-only shows were inventive, pretentious, and beautiful, sometimes all at once. Yet it felt as if fashion had turned into a shadow of its former self, the proverbial ball gown reduced to the size of a slip dress in a bad spin cycle.

Fashion’s Big Reflective Moment continued this week, but there was also a sense of a Lazarus-like reawakening due to the physical shows beginning again. Yesterday, an hour out of Paris, Jacquemus held its show in a vast cinematic expanse of a wheat field, while a few days earlier, at Milan digital fashion week, Dolce and Gabbana got wild and humanistic. It mixed a pre-show performance by the opera boyband II Volo, belting out the song from the Cornetto ad (O Sole Mio), with a show on the grounds of Humanitas University, where it is funding research on Covid-19. Pomp and grandeur had returned.

Today, Gucci’s creative director, Alessandro Michele, showed his co-ed collection in Milan. Presented as a 12-hour-long live stream of the Epilogue advertising campaign shoot, it featured CCTV footage of the house setting up for the session. In comparison with the five-minute wisps of the digital shows, it was provocatively unapologetic in its length, with Michele playing his Warhol role of ever-present auteur observing the ennui of the makeup chair, the lighting rig and outside security.

The meat of the show was five hours in: a digital lookbook of more than 70 looks, presented like a primitive 80s computer program. The models, who were all part of Gucci’s design team, appeared on popup screens in clothes that were classic Michele: floral, maximalist and heavy with pop-culture nous. Looks winked at Maria Schneider in Last Tango In Paris, Jane Fonda in Klute and Jimi Hendrix hanging out at Mama Cass’s house in Laurel Canyon. As op-art met kitsch and the Renaissance, it was very much a case of “putting contradictory elements together,” as the photographic collaborator Alec Soth said during the presentation.

Epilogue continued the behind-the-curtain theme of autumn/winter the 2020s An Unrepeatable Ritual, and Michele said he wanted to provide a commentary of the “before, after and next” of fashion. “My fairytale in three parts wants to generate a (questioning of) the rules, the roles and the functions that keep the world of fashion going,” he wrote in the show notes. The fluidity of this idea, that fashion’s rules had been broken, but a new era was emerging was incredibly cheering. Watch this space.