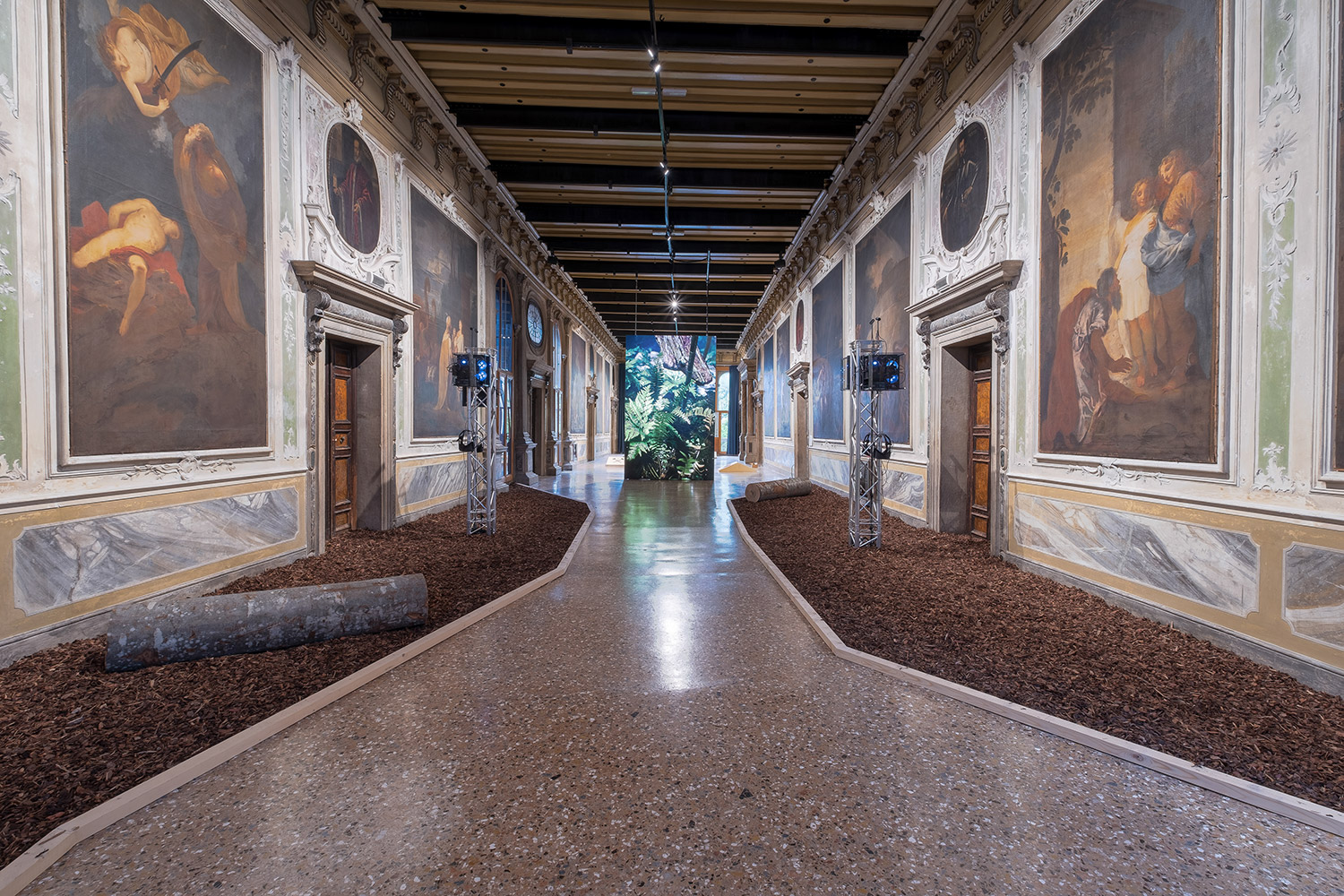 For three months straight I have stared and stared at an image fixed to my fridge. It is a postcard from The Little Street by Vermeer. The scene is so unassuming – rinsed cobbles, whitewashed walls, one woman stitching in a doorway, another cleaning in a side alley, the Dutch gable facade ascending in high steps against slow and steady clouds: how can it be so mesmerizing, I keep asking myself, so inexhaustibly beautiful – so infinitely more than it shows?

The picturehangs in the Rijksmuseum, which reopened earlier this month. I dream of taking a hot air balloon to Amsterdam and smuggling in among the Dutch to witness its mysteries first-hand. My job involves putting words to images. In lockdown, I have tried using postcards, videos, books, magnified reproductions such as the Rijksmuseum’s latest online photograph of The Night Watch – a feat of high-resolution technologythat allows you to see single brushstrokes more clearly than Rembrandt ever could. I am grateful to live in an age where we don’t have to keep images in mind solely through the vagaries of memory. But no reproduction can compare to the painting’s exhilarating presence in reality. I’ve filled a notebook with attempts to fathom it, but they’re nothing without the actual living sight.

We stand at a moment when our museum doors remain closed. Shops, car showrooms, “retail spaces within cultural institutions” are all opening, but art remains out of reach. Just as the government slyly avoided telling them when to shut, so the decision to reopen lies with museum directors; better any day than a government minister.

Some galleries have announced a cautious reopening in July or August (though with no vaccine, they must be ready to shut fast against a second wave). But damage has already spread like rust. The Royal Academy in London, bleeding £1m a month, has postponed its crowd-pulling Marina Abramovićextravaganza, originally due to open in September, but cancelled Cézanne (July-October) altogether. In Edinburgh, a redeveloped Fruitmarket Gallery was to reopen this summer; it might not. “We raise 55% of our income commercially,” explains director Fiona Bradley, “so each month of delay costs us dearly. Feelings cycle between frustration, desperation, resolve.” The Southbank’s Hayward Gallery will exhaust its emergency budget by September; at the direst prediction, it may never reopen – an incalculable loss to contemporary art.

All three galleries share the same drawback: they cannot rely for survival on permanent collections. But even those that can are now facing uncertainty. The National Gallery in London has managed to extend its epochal Titian exhibition, which was due to close last Sunday; though the ongoing tour to Scotland was summarily axed, and there is still no hopeful word of its once-in-a-lifetime Artemisia Gentileschi show, which should have opened two months ago.

oung Rembrandt, at the Ashmolean in Oxford, was scarcely open a fortnight before the axe fell. “He is just sitting sadly in the dark,” laments director Xa Sturgis. “And when we reopen, crossing fingers nobody wants their Rembrandt back, the most we’ll be able to send through the socially distanced system is 600 visitors a week, instead of almost 5,000. This is not enough to pay for the guards, let alone the insurance for the Munich loan [a self-portrait from 1629].”

Nor can visitors now linger over the show’s phenomenal curtain-raiser – a trio of self-portraitsfrom the same year (one of them the Munich loan) – revealing how staggeringly experimental young Rembrandt was. We won’t be able to stare for long at the Rijksmuseum’s The Little Street either. Bottlenecks matter as much as limited capacity in the pandemic.

The right to roam a gallery may seem a small sacrifice for the opportunity to see art once more, although it cancels the romance of chance. “But there is no way,” Sturgis says, “you could make a show like this again, practically or financially, for years. Loan exhibitions were a tremendous way for museums to find new audiences. But we’ve become too dependent on this drug.”

By general consent, the art world had become overheated and hyperglobalised – too many biennials, blockbusters, jets. Covid-19 will slow (end?) the constant roundelay of fairs, except possibly Frieze and Art Basel, which has its own building. I doubt anybody cares much except dealers, who sell from the jpeg in any case. Auction houses are as pandemic-proof as fruit flies. The market will survive; but what about the artists?

Online studio visits, artists’ podcasts, crits conducted via Zoom: artists have been characteristically resourceful and inventive. Matthew Burrows’s Artist Support Pledge – £200 a work on Instagram – has been a lifesaver to more than one artist. But therein lies a horrifying inequality that can only get worse. Megastars, and even moderately successful artists following the trend of quitting small galleries for international chains, won’t lose out. Whereas a great but unrepresented artist I know is relieved to receive £1,200 from Rishi Sunak’s freelance fund. She’ll have to eke it out for four months.

Temporary jobs that underpinned art – cleaning, cooking, bar work – have vanished. All those little venues and pop-ups may become a thing of the past. Artists such as Jacqueline Donachie, who would have shown at Glasgow International in April, are at their kitchen tables stitching masks and applying for nonexistent teaching jobs. “Finding creativity is hard now,” she says. “But I go by the Jeremy Deller quote: ‘I don’t make art to relax.’”

The sculptures Donachie would have shown appear online. But I don’t think there should be easy talk of art thriving on the net. Video needs its full scale and optical relationship with the viewer (and how’s it to be safely screened in darkened galleries now?) Performance art is even harder. Abramović has suggested using augmented reality, though that would presuppose headsets. As for painting, the Vermeer on my laptop might as well be propped on an easel in a desert.

But museums will reopen, and galleries can stop pretending their online viewing rooms are actual shows. Exhibitions may be fewer, run longer, borrow less from abroad. Collections will be swapped, tours will be wider, perhaps there will be more slow-looking shows like the Courtauld’s Manetin 2004, which concentrated so deeply on one pair of paintings. Achim Borchardt-Hume, director of exhibitions at Tate Modern, also hopes that small museums will be rediscovered. “It is almost as if they have been relegated to B-league status, even when they hold masterpieces all over the country.”

The lessons of Tate Modern’s recent Olafur Eliasson blockbuster, he says, “was that nobody could see anything for the crush. Our exhibitions are overcrowded, our expectations sated. People say there are too many works in a show, or they’ve seen the work elsewhere. I will never forget seeing the Tutankhamun show as a boy: it astonished me, all this art coming from somewhere else in the world. There must be a brake on the system now; we must revive the sense of what makes shows so special.”Advertisement

In the meantime, the world is coming into art on a human scale. Artists commemorate the dead or portray the medics who tried to save them. Mark Wallinger, Turner prize winner, walks Soho with an iPhone. “I take photographs and film within the radius of my daily exercise. There really is only one subject and on the street, I feel I am engaged in some way with the mass experience of lockdown.” His image of a veiled woman disappearing down an entirely deserted Oxford Street pictures reality as a world of ghosts.