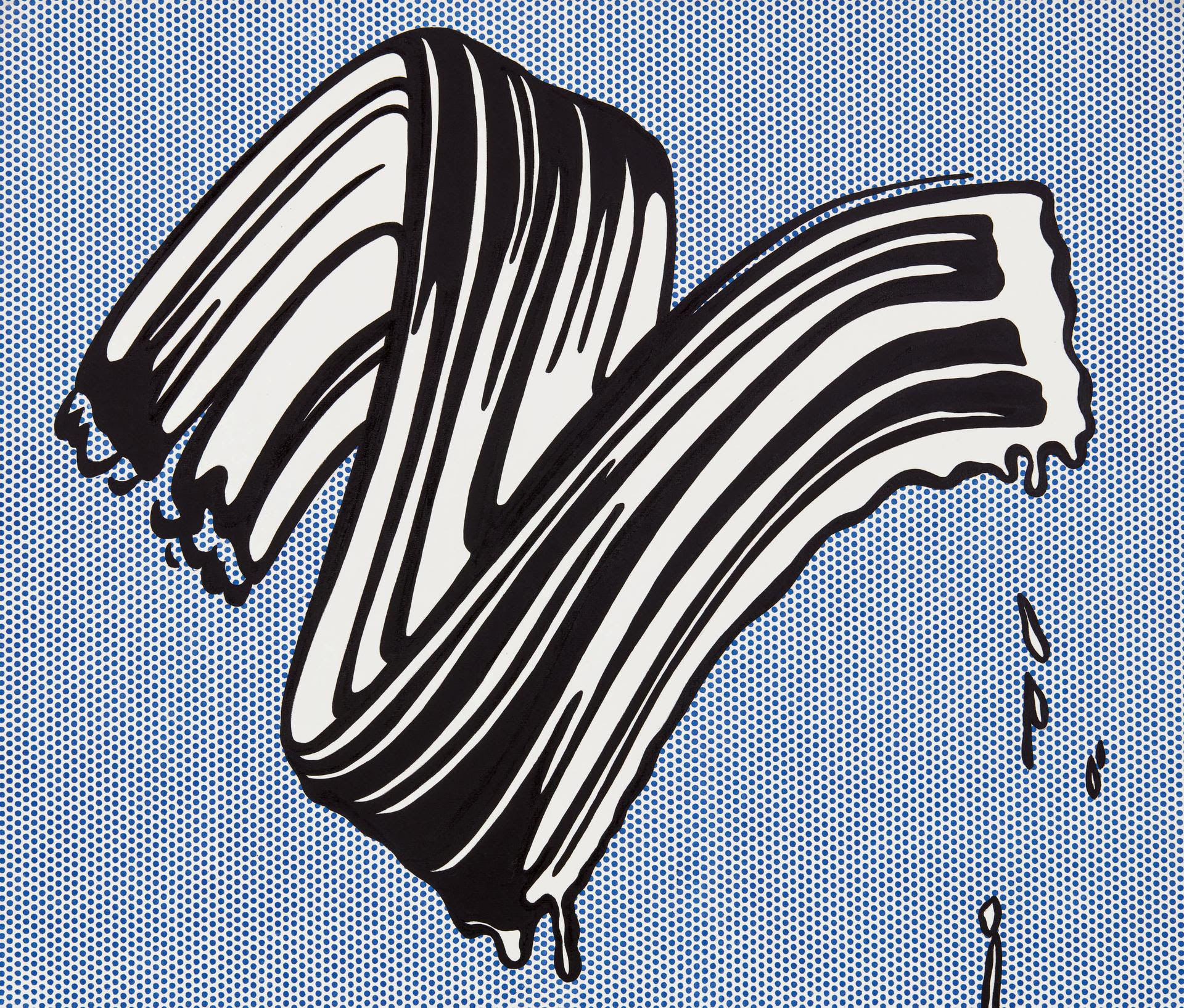 With Sotheby’s moving forward with its marquee New York contemporary evening sale for the week of June 29, the house has revealed one of the major lots set to hit the block: Roy Lichtenstein’s painting White Brushstroke I (1965), which comes with an estimate of $20 million–$30 million.

Produced as part of a seminal 1965–66 series, the work is one of the few remaining Lichtenstein “Brushstroke” paintings still in private hands. With related examples of the canvas in major permanent museum collections such as those of the Whitney Museum and the Art Institute of Chicago, the work is covered. This “Brushstroke” painting appeared in two of the artist’s Guggenheim surveys, the first in 1969, and the latter in the early 1990s in a traveling exhibition, as well as at the Museum of Contemporary Art in Los Angeles and other institutions.

Lichtenstein has long been one of the top-selling Pop artists, and the prime placement of the work in such a major sale underscores his prominence in the market sphere.

“This is Pop at its most profound core” David Galperin, head of Sotheby’s contemporary art evening auctions in New York, said in a statement. “White Brushstroke I is an icon of Pop Art, capturing in a single painting the rupture that this movement invoked in an entire generation of postwar picture-making.”

Following the impact of the coronavirus pandemic across global salerooms, top auction houses have widely expanded their online offerings across fine art and collectibles categories. Typically, Sotheby’s contemporary art evening sale is held in May, but this year, it was pushed to June because of the shutdown. The Sotheby’s contemporary evening sale will include Francis Bacon’s  Triptych Inspired by the Oresteia Aeschylus, which has a low estimate of $60 million, along with property from the storied Anderson collection estimated in excess of $55 million, both announced earlier this year. This is the first official date Sotheby’s has assigned to the contemporary and modern evening and day sales, originally scheduled to take place in May, since they were postponed in April.

Despite uncertainty around the timeline for businesses’ reopenings, the announcement of the Lichtenstein lot marks the first sign of cautious optimism that the art market will start back up again this summer. Sotheby’s said on Friday that the current plans are “pending the lifting of certain restrictions and confirmation from the relevant authorities that we can proceed.” The auction house also confirmed that further details around the New York 20th Century Week sales are forthcoming.