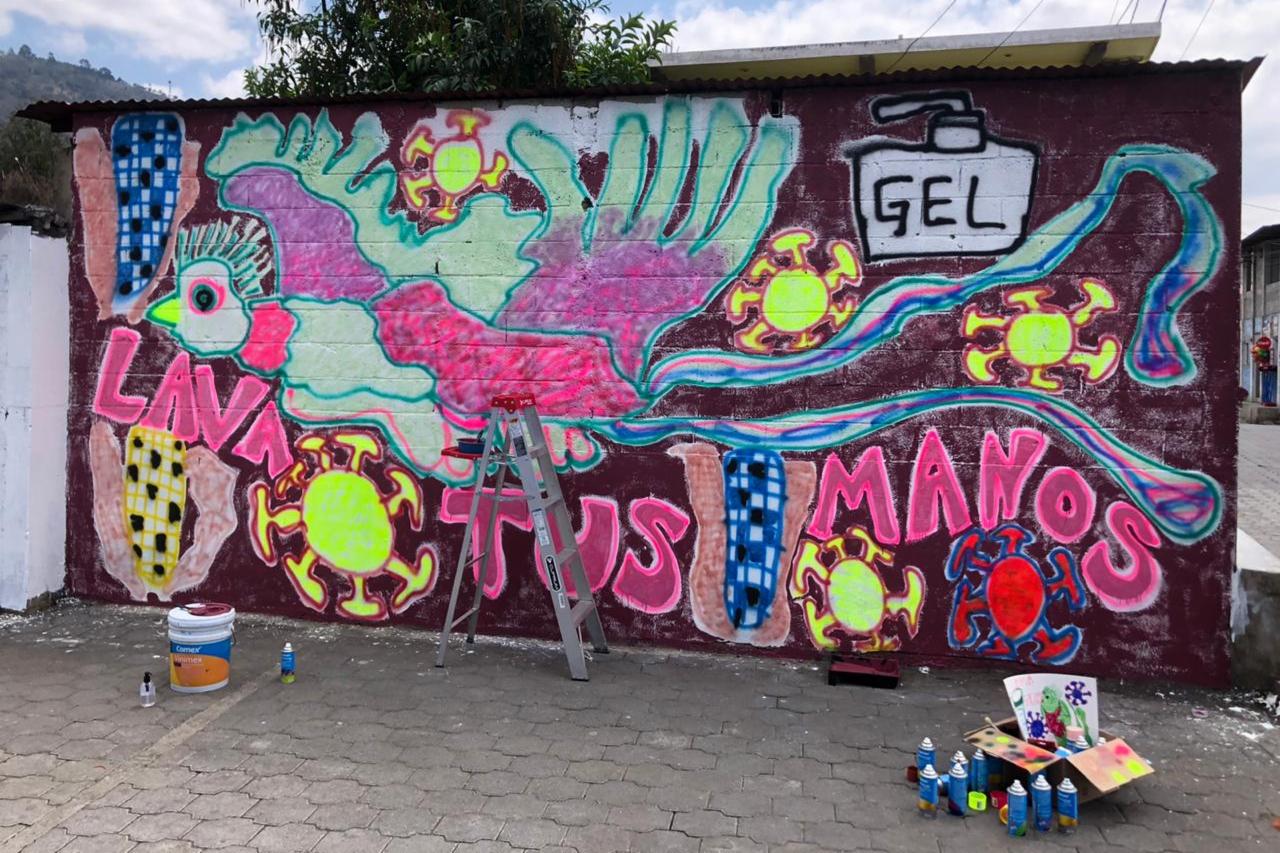 Collectors have long dismissed wall drawings as intimidating and esoteric, but the technique is gaining visibility—and market traction. Popularised by the conceptual artists Sol LeWitt and Lawrence Weiner in the 1960s, the method is also being embraced by a younger generation, including Wangechi Mutu, Ugo Rondinone and Jeff Elrod.

Wall drawings could be considered the oldest form of art: the Lascaux Cave paintings in France were created 17,300 years ago. The technique “re-emerges to suit the needs of each cultural moment”, says Claire Gilman, the senior curator of the Drawing Center in New York, which is currently showing a wall drawing by the French artist Abdelkader Benchamma (Representation of Dark Matter, until 1 March 2016).

Slow burn But collectors have been slow to catch on. No wall drawings appear in the top 10 auction prices for LeWitt, although they come up for sale “around once a year”, says Johanna Flaum, the head of contemporary art day sales at Sotheby’s. Conceptual wall drawings by LeWitt and Weiner are a fraction of the price of major paintings by fellow Minimalists such as Ad Reinhardt and Brice Marden.

The tide is turning, however. Last spring, the hedge fund manager Adam Sender sold LeWitt’s Wall drawing #42 (1970) at Sotheby’s for $437,000, a record for the artist in the medium. At Art Basel in June, Marian Goodman Gallery dedicated an entire wall of its stand to a work by Lawrence Weiner, which sold for $225,000—$40,000 more than Weiner’s public auction record of $185,000, set a month earlier at Christie’s. After noting a spike in inquiries from collectors, the New York-based strategic risk and insurance advisor Crystal & Company recently began offering conceptual art insurance.

The popularity and market clout of artists like Banksy (whose site-specific works can be sold with a certificate from his studio) and Kara Walker (whose installations of cut paper sell for as much as $500,000) have made collectors more comfortable with works applied directly to the wall. “It’s a bit more of a commitment, but we are seeing more and more people do get there,” Flaum says.

Installation costs, for example, vary; a text work by Michael Craig-Martin can cost less than $100 (collectors simply order the press type online) whereas a major LeWitt can cost more than $10,000 if the collector has to fly in an estate-approved draftsperson to execute the work. When purchasing a conceptual wall drawing, “we pay for the manifestation of the concept,” says the art advisor Liz Parks. The good news: it is far less pricey to insure a wall drawing certificate than a painting, while storage and shipping fees are non-existent.

Sex act on a unicorn “Wall drawings are not the easiest to acquire; sometimes you need certificates, you move, you have to have it redone,” says the dealer Barbara Gladstone. Her gallery is presenting a miniature wall drawing retrospective this summer: 16 artists have taken over one wall each at the gallery’s two New York locations (Hello Walls, until 31 July).

The exhibition aims to capture the diversity of the practice. In the tradition of LeWitt, Douglas Gordon sent instructions to realise a 2005 text work; the phrase “It’s not you, it’s me” is spelled out in vinyl letters above a doorway. The artist Arturo Herrera used a technique developed by Renaissance fresco painters to apply an abstract composition to the wall. Raymond Pettibon created a site-specific mural that depicts Sid Vicious performing a sex act on a unicorn.

For LeWitt—a pioneer of the conceptual form—wall drawing was a way “to move away from the confined canvas towards a sense that art could open up into the real world”, Gilman says. This immersive quality appeals to artists, dealers and collectors alike. “I have a LeWitt on four walls of a bedroom and it is the most glorious thing,” Gladstone says.

How to make a wall drawing The artist Tim Wilson has executed around a dozen wall drawings by LeWitt, including Wall Drawing #333 (1980) at Gladstone Gallery. His most challenging job was Wall Drawing #59 at New York’s James Cohan Gallery in November 2014. “I had to draw 1,000 lines a day for 10 days in a 10 ft by 10 ft square,” Wilson says. “For those 10 days, I found myself counting everything, including cars on the way home.” Asked if he feels a pang when his handiwork is painted over, Wilson likens himself to a musician playing a composer’s score. “I don’t have an emotional attachment to the image, but I do get a certain satisfaction from carrying it out,” he says.