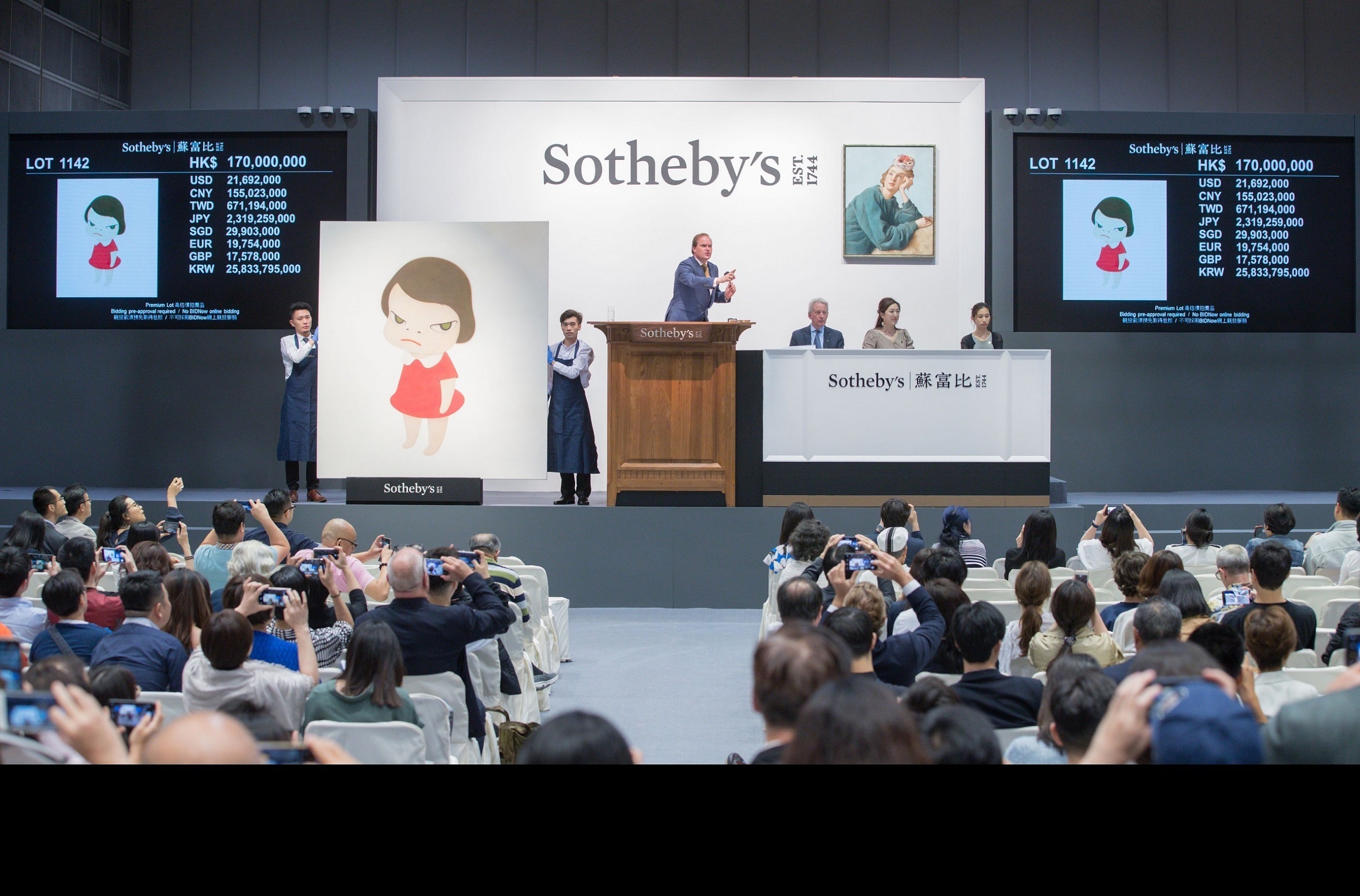 Thirteen years ago Sotheby’s lost more than $28m when it teamed up with the online shopping giant eBay. Two years before that the auction house’s partnership with Amazon also failed to take off. Now Sotheby’s is trying again. In April, the firm launched a new online collaboration with eBay and is optimistic that this time things will be different.

“Our previous efforts were based around a network of dealers as a source of material,” says a Sotheby’s spokeswoman. “This new partnership will begin with our existing auctions—property that we are already sourcing for New York sales.” Most lots will be priced under $25,000 to reach first-time buyers. In 2013, more than half of Sotheby’s lots were sold within the $5,000 to $10,000 range, she adds, which is precisely the price point that works best online.

This has been demonstrated by numerous new sites such as Artsy, Paddle8, Artspace and Artnet Auctions—all launched since the failure of Sotheby’s early online ventures and which now contribute around 5% of global market share, according to a recent report by The European Fine Art Fair, prepared by the economist and founder of Arts Economics, Clare McAndrew. She found that in 2014, €3.3bn sales of art took place online, with the majority of these works priced below €100,000. She estimates that online businesses “could grow at a rate of at least 25% per annum, meaning that they could exceed €10bn by 2020”.

Despite reporting a record volume of sales, none of the major online art retailers are claiming to have turned a profit yet. Paddle8, which launched in 2011, expects to reach profitability in 2016. Artsy, Auctionata, Artspace and Christie’s Live declined to comment on profitability while Artnet said its latest financial results will be made public after we went to press.

While lots selling for six-figure sums were becoming more common in 2014, these are still quite rare. “The research seems to indicate that the action is still in the low- to middle-priced segments,” McAndrew says. For these lower-value lots to translate into sustained revenue, companies need to increase drastically the number of visitors to their sites. This is already beginning to happen. Christie’s Live reports that 32% of their buyers last year were new while Artnet Auctions saw a 17% increase in first-time clients in 2014.

There are fundamental differences in the basic strategies of different sites. Artsy and Paddle8 have moved away from a system of gallery commissions, where dealers are charged fees based on reported sales. Artsy now charges galleries a monthly fee to host works of art on the site. Galleries are most comfortable with this model of online art sales, says Noah Horowitz, the director of the Armory Show. “It ensures a certain level of discretion and is already how fairs operate: we charge a booth fee, but do not take a commission on sales.”

Artsy has worked with the Armory Show and others since 2013. A survey taken by Arts Economics after the latest edition of the Armory in March revealed that 88% of galleries had listed work on Artsy. Out of those, 54% reported “meaningful inquiries” and 14% of all dealers reported a sale that occurred directly from the Artsy listing.

Meanwhile, Paddle8 has adopted a different strategy. It began as a commissions-based gallery listings site but this was a “leaky bucket, in other words, it was difficult to track the path of the sale”, says Sarah Goulet, the company’s head of communications. Paddle8 is now an auction site, with a speciality in charity events, that charges commission to the organisation presenting the sale, usually around 10% of the proceeds.

Artspace has kept the commissions model for works of art sold through the site. “There is no ‘pay-to-play’ on Artspace”, says the firm’s co-founder and chief executive Catherine Levene, “by which I mean that we curate the selection of galleries and museums that we invite to our platform.”

Online art sites have been quick to publicise the infusion of capital into their companies through multiple rounds of investment. To date, Artsy has raised about $51m in funding, recently closing a third round of $25m. Paddle8 also says it has received three rounds of funding. In March, Auctionata announced it had raised €42m in new funding. “Investment funding is like gasoline, you don’t wait until you’re on empty to fill up your car,” says Joanne Wilson, an investor in dozens of consumer-oriented companies. “As with any company doing business online, you’ll need multiple rounds to develop the latest app, hire more people and expand generally.”

The dealer Edward Winkleman says: “If you compare any of these sites with, say, Facebook, they are simply following the same course of multiple rounds of investment, building up user loyalty and establishing value before unleashing their master monetising plan. Once one of them begins to turn a serious profit, the others will likely fade away quickly.”

Finally, another cautionary note. Excluding Christie’s and Auctionata, none of the online sellers keep public sales records of all works offered on their sites. Not only will this make it impossible to establish the complete auction history of individual works, it makes us entirely reliant on the information art sites choose to give us. As online sales continue to increase, this could significantly (and further) distort our understanding of the art market in the future.

Who’s who and what are the figures?

Headquarters in: New York, with offices in Los Angeles and London

Launched in: 2006; in 2011, Christie’s expanded its online bidding capabilities to include online-only sales. In 2013, distinct categories such as watches and wine were added

Based in: New York

Notable investors: the company went through two rounds of investment financing prior to August 2014, when the company was acquired by Debra and Leon Black, the owners of Phaidon Press

Ownership: a subsidiary of Artnet AG, listed on the Frankfurt Stock Exchange

Based in: New York