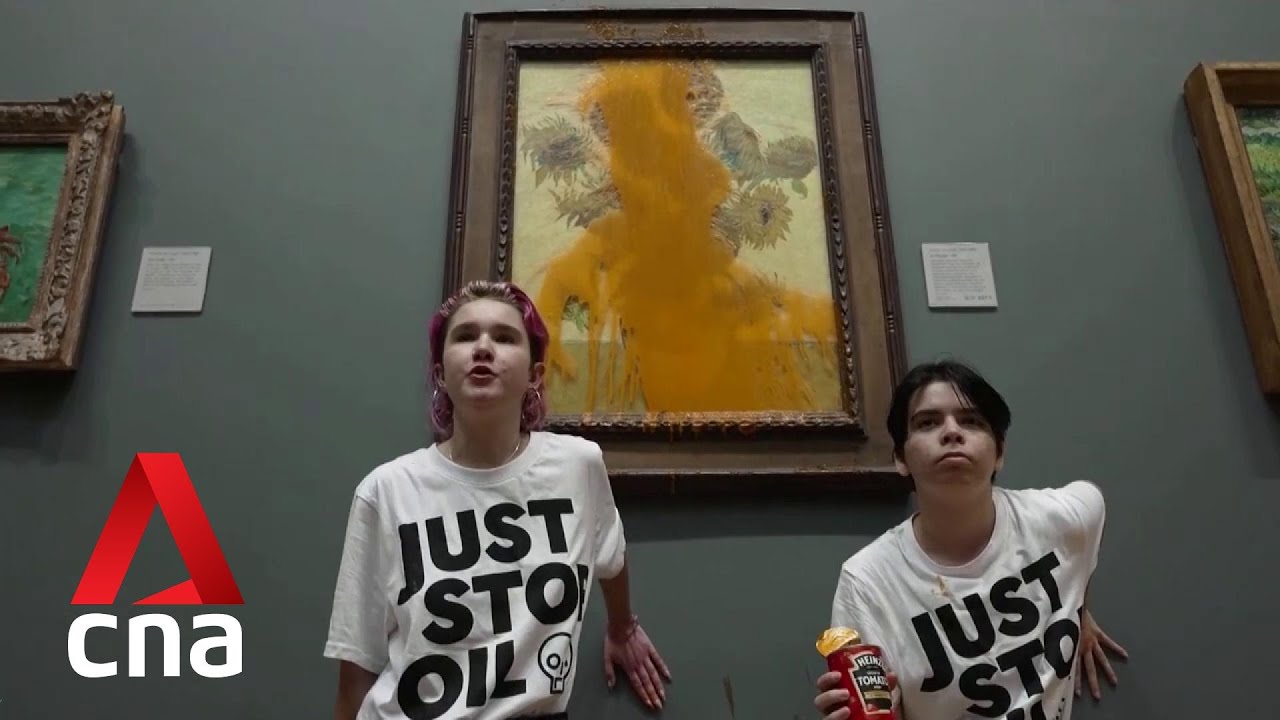 Environmental activists from the Just Stop Oil campaign group have carried out their most audacious protest yet—throwing a tin of tomato soup over one of the most famous paintings in the world: Vincent van Gogh’s Sunflowers (1888). The work is displayed at the National Gallery in London. A spokesperson for the gallery says that there is some minor damage to the frame but the painting is unharmed.

The spokesperson says: “At just after 11am this morning two people entered Room 43 of the National Gallery. The pair appeared to glue themselves to the wall adjacent to Van Gogh’s Sunflowers. They also threw a red substance—what appears to be tomato soup—over the painting. The room was cleared of visitors and police were called. Officers are now on the scene.” Both campaigners were arrested.

Just Stop Oil released a statement saying that the group “is demanding that the UK government halts all new oil and gas projects”. It adds: “Today’s action comes after two weeks of continued civil resistance by supporters of Just Stop Oil. The disruption is in response to the government’s inaction on both the cost of living crisis and the climate crisis.”

In July, Just Stop Oil activists glued themselves to the celebrated Constable painting The Hay Wain (1821) at the National Gallery. Other museums around the UK, including Kelvingrove Art Gallery and Museum in Glasgow, Manchester Art Gallery and the Royal Academy of Arts in London, have also been targeted, as have institutions in Europe, such as the Vatican Museums.

Just Stop Oil are funded by the Climate Emergency Fund, a Los Angeles-based organisation created by three millionaires in 2019 to support environmental activism.