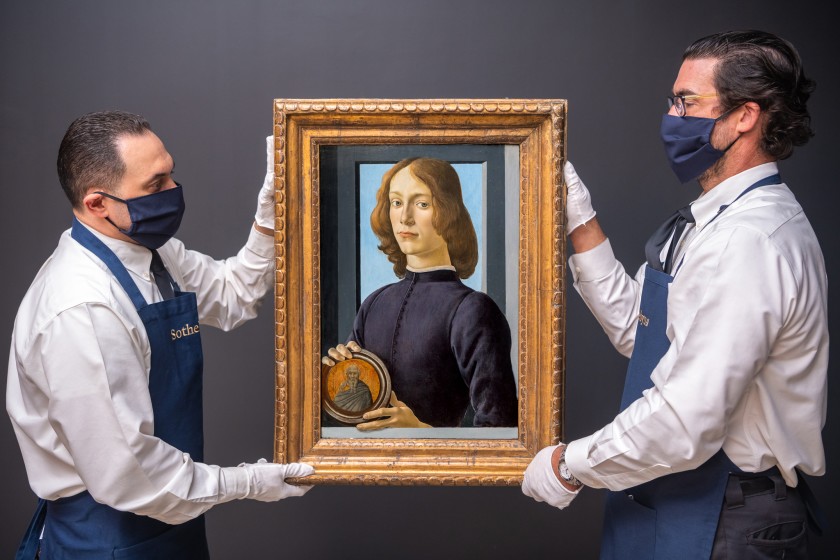 Thursday’s long-awaited Old Masters sale at Sotheby’s New York had been billed as potentially being the biggest sale of its kind ever with a pre-sale estimate, not including buyers’ premium, of $121.9 million–$142.8 million. But after three lots were withdrawn, including a highly rated $20 million–$30 million Rembrandt from the collection of Metropolitan Museum of Art trustee Mark Fisch, that estimate was reduced to $100 million–$110 million.

Nonetheless, the sale continued Sotheby’s New York winter Old Master sales steady upward trajectory, arguably at the expense of the London equivalents. Since 2017, totals from these sales have risen from $35.8 million to $69.7 million last year. Today’s sale—the first half of a two-part auction—totaled $114.5 million alone. The London winter Old Master sales (which play second fiddle to their higher-value summer auctions) show a reverse momentum, coming in at £36.5 million in 2018, £19.2 million in 2019, and £11.8 million in 2020.

By the end, after a rollercoaster two hours, 13 of the 43 lots went unsold, but six artists’ records had been broken. These were headed by the showstopper Sandro Botticelli Portrait of a Young Man Holding a Roundel, estimated to fetch the second-highest auction price for an Old Master, at $80 million. In spite of some doubts about the painting, it went to a Russian buyer bidding through Sotheby’s Lilija Sitnika, a private client adviser in London representing people from Russia, for $92.2 million. The underbidder, said Sotheby’s, was bidding on behalf of a client from Asia, but they pulled out after a long pause, having made only one bid through the house’s London-based co-chairman of Old Master paintings, Alexander Bell.