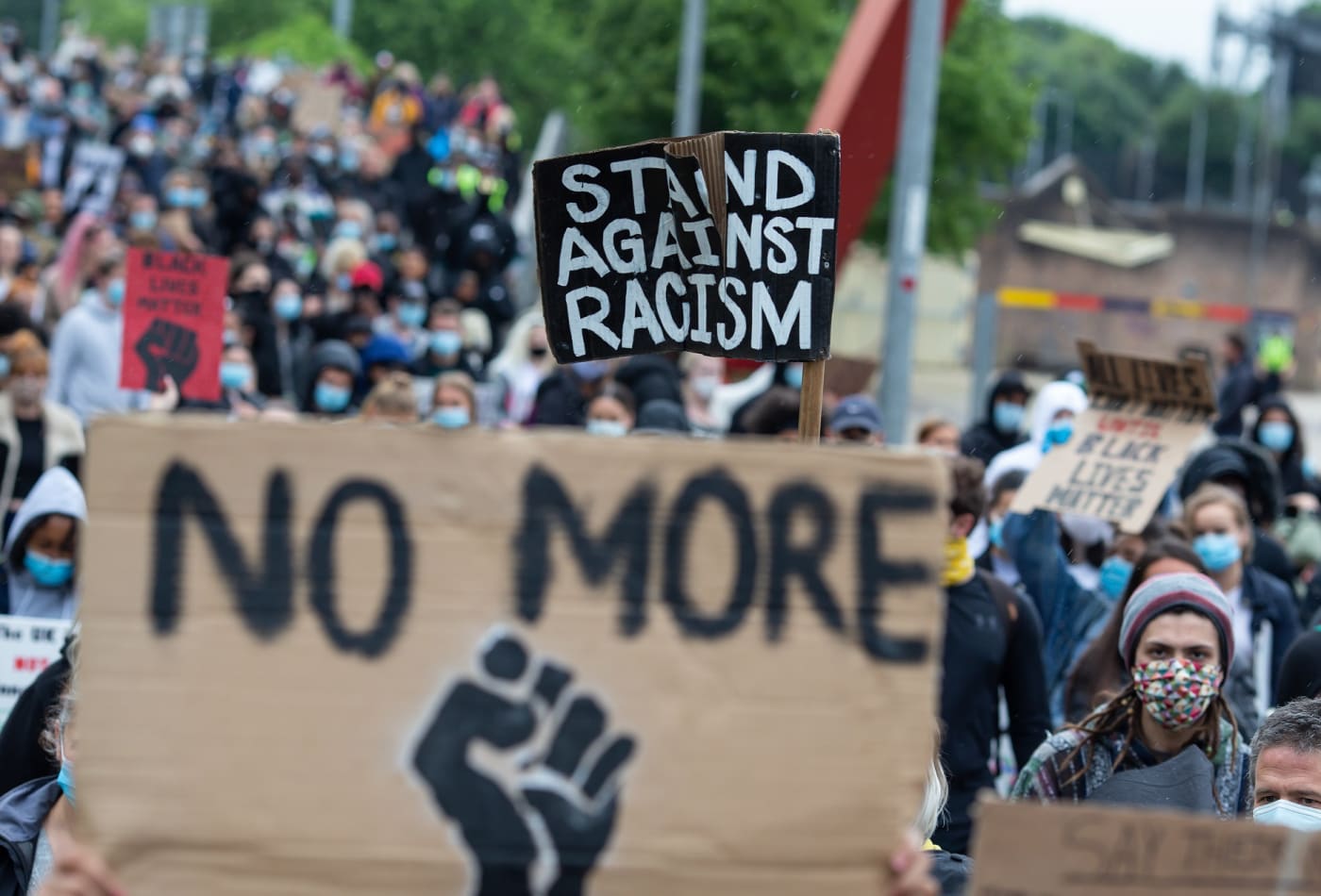 since May 26, headlines have been dominated by the killing of George Floyd and the international protests it has ignited. Thousands have taken to the streets around the world to denounce police brutality and anti-blackness, while online, thousands more have posted en masse in support of #BlackLivesMatter (BLM) and called for an end to systemic racism. On social media, many fashion brands were quick to align themselves with protesters, posting black squares to Instagram on #BlackoutTuesday, and sharing lengthy captions denouncing racism, discrimination, and violence. But not everyone was buying it.”Plain and simple, I don’t think there is the intention behind it to make long-lasting, sustainable change,” Teen Vogue editor-in-chief Lindsay Peoples Wagner said in an email to CNN. “Everyone can hop onto the BLM movement right now on social media, but what are you doing in your home, in your corporate office, with your connections, with the power you have?”Charges of hypocrisy have plagued brands since the onset of the protests. On social media, commenters questioned whether the luxury brand Salvatore Ferragamo, who declined to comment for this story, could be an ally in the fight against racism when actor Tommy Dorfman accused them of discriminating against trans models and models of color in a recent campaign; or whether LA label Reformation could truly support #BlackLivesMatter when people claiming to be former employees were accusing the brand of workplace racism in the comments (founder Yael Aflalo has apologized and resigned from her post as a chief executive officer); or whether Anthropologie could genuinely claim “Our hearts, with yours, are breaking at current events,” as they did in a since-deleted Instagram post when they’ve been accused of racial profiling their customers — allegations that the brand has denied. This is to say nothing of the backlash against fashion publications. Earlier this month, an investigation unearthed numerous allegations of racism and workplace toxicity at Refinery29. In response to these accusations, editor-in-chief and co-founder Christene Barberich — who resigned on June 8 — said in a statement, “My goal has always been to help close the representation gap and I believe that is reflected across the pages of Refinery29.”Meanwhile, Anna Wintour was briefly rumored to be stepping down from her vaunted post at Vogue, as former staffers and talent shared their own experiences with racism at the magazine. Wintour, whose official title names her as artistic director and editor-in-chief of Vogue US and global content advisor, sent an internal email to her staff on June 5. In the memo, seen by CNN, she acknowledged and took “full responsibility” for the racism that flourished under her watch: “I know Vogue has not found enough ways to elevate and give space to Black editors, writers, photographers, designers, and other creators. We have made mistakes too, publishing images or stories that have been hurtful or intolerant,” she wrote. Additionally, a spokesperson for Condé Nast, Vogue’s publisher, said in a statement, “Condé Nast is focused on creating meaningful, sustainable change and continues to implement an inclusive hiring process to ensure that a diverse range of candidates is considered for all open positions.”