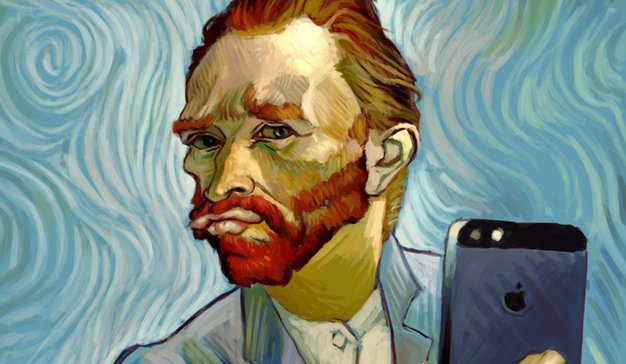 When the singer Katy Perry posted an image of herself in Yayoi Kusama’s Infinity Mirrored Room—The Souls of Millions of Light Years Away at the Broad Museum in Los Angeles, the image went viral. It was even picked up by another singer, Adele, who subsequently used it as a backdrop when she sang When We Were Young at the 2016 Brit Awards. The stamp of approval of not one but two celebrities triggered a rush of visitors to the show; the queues were so long that the museum had to limit visits to 45 seconds.

This is just one example of how a popular Instagram post or selfie can boost the profile of—and deliver precious publicity for—an artist, an exhibition or a museum.

Instagram’s hottest The first show in the Smithsonian Institution’s reopened Renwick Gallery in Washington, DC, was filled with breathtaking installations. Wonder, which opened in November 2015, “had lines out the door and was called the most Instagrammed exhibition ever”, says the curator and dealer Andrea Pollan of the Washington, DC-based gallery Curator’s Office. “Although I don’t believe that the curators even knew about Instagram when [the show] was conceived more than five years ago, it certainly became a selling point for the museum,” she says. The gallery encouraged visitors to post selfies by creating a social media wall on its website, so prolonging the show after it closed.

Art fairs, festivals such as Coachella in California, biennials—all are vying for social media attention. Two characteristics stand out: big works, for visual impact, often coupled with reflective surfaces, both of which are ideal for selfies.

At Coachella in April, the US artist Phillip K Smith III installed shiny cuboids that mirrored the California landscape by day and turned into neon towers of light at night. At Art Basel in Hong Kong, a project by the Chinese artist Zhang Ding consisted of a series of reflective cubes that visitors could scratch or write on. Many people in Asia love to photograph everything, and the project was ideal fodder for the snap-happy. Among the works at Frieze New York in May was Overture (2015) on Sean Kelly’s stand, an installation by the artist Idris Khan. Large and dramatic, it had text printed on seven panes of glass held in a metal structure. The wall text on the stand helpfully included the artist’s hashtag, #IdrisKhan, for anyone wanting to post on Instagram. The gallery provides hashtags for all its artists.

Are artists taking the next step and creating selfie-friendly works, or are curators deliberately choosing works that will look good on social media and lend themselves to sharing? Square works, for instance, are ideal for Instagram; mirrored ones for selfies.

Alexie Glass-Cantor, who organised the Encounters sector at Art Basel in Hong Kong, says: “If I chose works because they would look good on Instagram, I’d have to fire myself! The worst kind of art caters to a market.” She says that Zhang Ding’s cubes were designed to be defaced, and so lose their reflective qualities. But she does admit that the fair’s exhibition teams inevitably think about media platforms and analyse the number of postings.

Medium immaterial Ben Vickers, the curator of digital at London’s Serpentine Gallery, says that today’s artists do not think in terms of online and offline space. “There is no real distinction,” Vickers says. “They use social media and the internet as places to make work, to share it—they adapt to it. There was a medium specificity in the past that doesn’t exist any more.”

One art gallery that has built itself up entirely on Instagram is Unit London, and its director Jonny Burt cites one of his artists, Henrik Uldalen, as owing his success entirely to Instagram. “Graphic, visceral works, often based around the human figure and face, are particularly suitable,” Burt says. “The quality of the image is important, but we try not to post works that only look good on the screen. And I hope that artists aren’t making works with that in mind.”

Me first Curators and dealers also censure social media. After all, taking a selfie is about the individual, not the art. “Sadly, that rarely means that they actually look at the work carefully. The concerns are more about taking the perfect selfie, with the art in the background,” Pollan says.

She cites an experience at a fair in Miami in 2014, where she showed the African-American artists Jefferson Pinder and Larry Cook. “The audience swarmed into the booth to take selfies with two works in particular. One was covered with black glitter for political Afro futurist reasons. The other was a triptych of a Klansman flanked by a member of the Bloods gang and one of the Crips gang. I spent the entire fair trying to prevent the works from getting damaged by the crowds and the selfie sticks.”

Protecting the art is a growing problem. Recently, a 24-year-old Portuguese man shattered a 19th-century statue of Dom Sebastiao, a 16th-century king of Portugal, in Lisbon by climbing on to the pedestal to take a selfie, knocking the work to the ground in the process.

Glass-Cantor is also concerned—for the selfie-takers’ health and safety as much as anything else. “People step back and don’t pay attention,” she says. “They put themselves and the art at risk.”

Yet the main problem with selfies is the shift of focus from the art to the photographer. Marc Spiegler, the director of Art Basel, says: “If I could ban people from taking selfies at all three of our art fairs, I would. It’s demeaning to artists. None of them want their work just to be the backdrop to a selfie.”