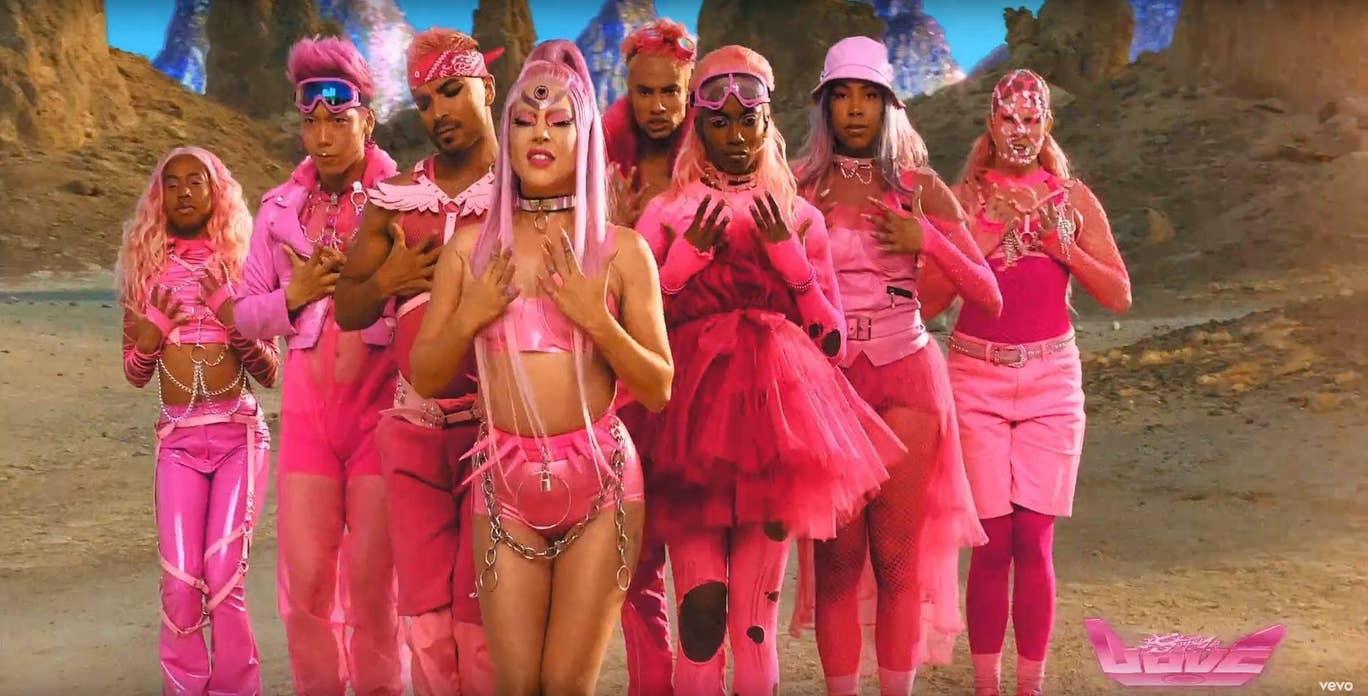 Lady Gaga has made her highly-anticipated return to the world of pop, dropping the first single from her upcoming album in the early hours of Friday morning.

The electronic disco track, “Stupid Love”, will form part of the musician’s sixth studio album and is accompanied by a futuristic music video.

The title of Gaga’s new album is speculated to be Chromatica, as hinted by the “Stupid Love” video. The release date of the album has not yet been announced.

The short film opens with a title card telling the story of the Oscar winner attempting to forge peace between warring clans in a distant land.

“The world rots in conflict,” opens the video. “Many tribes battle for dominance” and “the kindness punks fight for Chromatica”.

Lady Gaga portrays a ‘Kindness Punk’ in the video, as she and her similarly-clad back-up dancers attempt to spread peace around the world, apparently through the art of disco-pop choreography.

In quintessential Gaga fashion, the video is replete with outlandish, eccentric costumes and the singer’s waist-length, poker-straight hair is dyed a Pepto Bismol shade of pink. The tribes, meanwhile, are clad in red, black, green, yellow and blue ensembles.

As expected from the woman who once appeared on the red carpet dressed as a beef steak, wore a total of four looks to last year’s Met Gala and once clambered out of a giant egg at the Grammys, the fashion in the video is as idiosyncratic and fabulous as Gaga herself.

Behold all the fashion looks from “Stupid Love”.