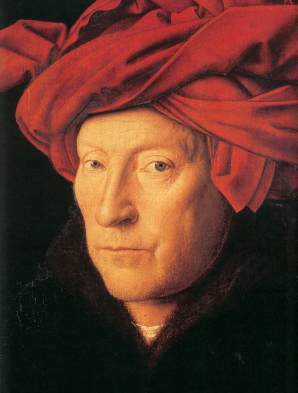 The influence of Northern Renaissance artist Jan van Eyck has been so outsized, it is almost impossible to discuss oil painting without considering his impact. “Talking about Van Eyck is talking about the most powerful painter in the western hemisphere,” the painter Luc Tuymans once told Even magazine. “It is not Leonardo da Vinci. It is nobody else but van Eyck.”

Such a pronouncement may seem strange. The 15th-century painter died in 1441, likely in his early 50s, and he left behind just over 20 known oil paintings. Despite being well-respected in his day, a lot is still unknown about van Eyck—even the exact year of his birth remains a mystery. But his art continues to intrigue today—as evidenced by the fact that a humanoid lamb featured in his famed Ghent Altarpiece became an unexpected viral sensation earlier this year. (Hélène Dubois, a conservator who worked on the altarpiece’s $2.4 million restorations, led by Belgium’s Royal Institute for Cultural Heritage and funded by the Getty Foundation, claimed that the tweets mocking the lamb were “stupid,” but acknowledged the shock of seeing the “masterpiece” anew.)

Belgium, the modern state that includes van Eyck’s native County of Loon (in what is now Belgium), is currently undergoing what it has termed the Year of Van Eyck to toast the newly restored altarpiece. But the celebration was cut short, after the largest van Eyck show ever mounted—a blockbuster assembling more than half of van Eyck’s oil paintings at the Museum of Fine Arts Ghent—closed more than a month early because of the coronavirus pandemic. (This week, it was revealed that the exhibition would never reopen.) With the year of van Eyck continuing on in other forms, below is a guide to five of his most famous works by the artist, who is considered to be one of the first important oil painters.