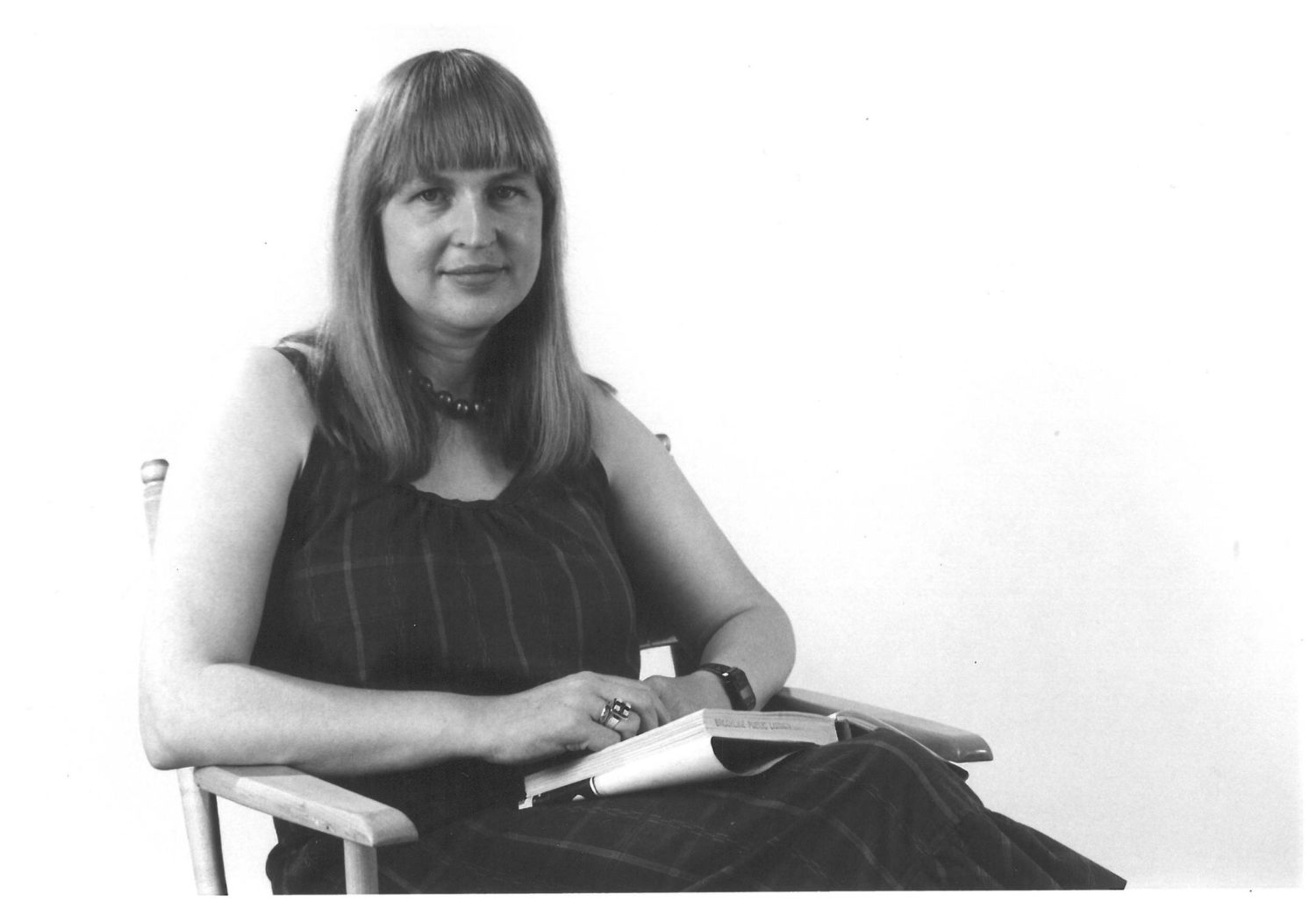 Visitors to Cinema 1 at the Barbican Centre in London arrive via a stairwell clad in metal panels spray-painted in vivid geometric forms. These are an artwork: The Alice Walls, created for the centre’s opening in 1982.

The work’s feel of the early Russian avant garde – Kazimir Malevich, say – is no coincidence. Gillian Wise, its creator, who has died aged 84 after contracting Covid-19, was a member of a group of artists known as the British constructivists. Founded by Victor Pasmore in the early 1950s, they challenged the dominance of American abstraction with a return to the rational geometry of prewar Europe. Wise confessed herself mystified at the stairwell commission. “It was certainly contrary to the prevailing prejudice of the art establishment,” she recalled in an interview in 2017.

This was true. She had first been approached by the Barbican’s architects in 1979. By the time The Alice Walls was unveiled, it seemed glaringly out of fashion. Although she was the only British artist to have installed work at the new centre, Wise received no acknowledgment for it and was not invited to the Barbican’s opening. It was, she said, “a dark episode in the annals of support for national artists and, of course, women”. In 1984, she left Britain, first for the US and then France and, bar the odd visit, never returned.

Her attachment to the Soviet model of art-making had begun long before. Born in Ilford, east London, to Arthur Wise, a Thames timber merchant, and his wife, Elsie (nee Holden), a milliner, Gillian was educated locally and went to art school at 18 – first to Wimbledon School of Art, from 1954 to 1957, and then to the Central School of Arts and Crafts in 1959. By graduation, she was already showing with the British constructivists. In 1961 she became the group’s youngest member.

By then, though, the idea of a geometric abstraction that was in some way political – and, more specifically, aligned to the left – had come to seem both out of date and faintly dangerous. Like others of the group, Wise was taken up by Drian, a gallery founded by a Lithuanian refugee, Halima Nalecz, to show work spurned by the blue-chip dealers of Mayfair.

In 1959 she had met Anthony Hill, a fellow Drian constructivist: the two would be romantically and professionally linked throughout the 60s. In 1963, they exhibited jointly in a show called Reliefs/Structures at the Institute of Contemporary Arts in London. They also worked collaboratively, Metal Relief with Horizontal Elements (1962), now in the collection of the National Galleries of Scotland, is typical of their output. In 1965, Howard Hodgkin painted the pair in a double portrait, Anthony Hill and Gillian Wise.

In 1969, however, Wise won a British Council scholarship to research the history of Russian constructivism in the Soviet Union. While in Leningrad, she met and married a Moldavian architect called Adrian Ciobotaru; they later had a son, Alexander. In 1969, too, Wise showed in an exhibition in Helsinki organized by the British abstractionist Jeffrey Steele. When Steele invited participants to form the Systems group that December, Wise quit the constructivists to join it.

The years that followed were to be the most successful of her career. Systems art was sufficiently broad-church to be unrestrictive and yet unifying: artists settled on a system – geometric, conceptual, coloristic, and used it to generate work. Wise showed in the group’s defining exhibitions, including Systems at the Whitechapel Gallery, London, in 1972, and Systems II at the Polytechnic of Central London the following year. However, the group fell apart in 1975, on disagreements over its position on Marxism.

As time passed, Wise grew more fixed in her belief that American art had triumphed not through genius but through institutional backhanders, some of them from the CIA. She made her case in a book, Low Frequency, self-published in 2003. “After a while one learnt to say little,” Wise wrote of her view. “[Otherwise] the outside world, including some insiders, would think you unbalanced.”

It was only later in her life that the world grew more tolerant of Wise’s uncompromising stance. In 2006, a geometric abstractionist, Tomma Abts, won the Turner Prize. In 2010, Wise’s work was included in the Tate Britain show Construction England; in 2017, in British Constructivism at Pallant House Gallery, Chichester. The Drawing Room gallery’s 2019 Drawing Biennial featured a work by the artist Andrew Bick called Drawing for Gillian Wise #1. And, in 2004, The Alice Walls, threatened with destruction, was saved after public outcry. Ten years later, a small plaque was finally affixed to the work, naming Wise as its maker.