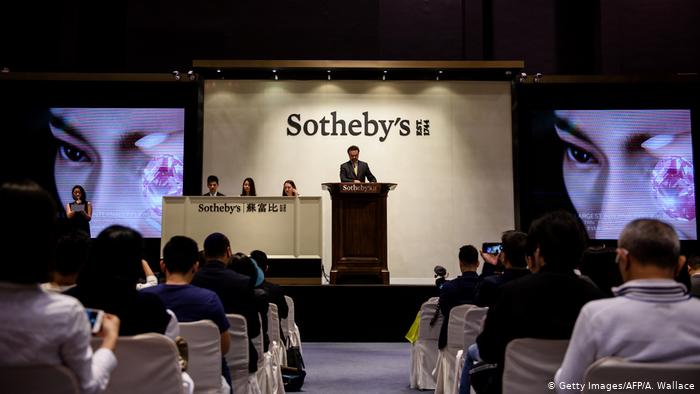 2020 is poised to be a year of changes for the art market, driven by factors ranging from environmental changes to the effects of trade wars. Here is a look at three of the trends that Huntington T. Block Insurance Agency expects to make a major impact on the art market in the new year – globalization, climate change, and the escalation of art values.

Art and insurance are both global businesses. However, as it is internationalized, art becomes vulnerable to more interruptions and uncertainty.

According to the South China Morning Post, the results from a Christie’s auction house’s annual show in 2017 revealed that clients in Asia spent more on non-Asian art and artifacts than Asian pieces. Despite a growing appetite for Western art in China, the trade war and political unrest have taken a toll on consumption. For example, a New York art gallery expanded to Beijing and Hong Kong but closed due to uncertainty. In the United Kingdom, the world’s second-largest art market, Brexit is having a similar impact on the art market.

The unknown will continue to impact the global art market in the new year, affecting both appetite and prices. Failing to find solutions to these overarching issues will lead to negative impacts on art consumption. After all, the art market, like any other financial market, does not thrive on uncertainty.

On the positive side of globalization, art is flourishing in the Persian Gulf, Saudi Arabia, and Russia – markets that helped stabilize prices during the last global financial crisis. The value of Arab states in the art market is reinforced by recent expansion like The Louvre and Guggenheim’s new locations in Abu Dhabi. Russia’s hot market, however, may see some softening in 2020 because of sanctions and fluctuations in the petroleum market.

Collectors, galleries and institutions will continue to grapple with climate change exposure. According to the World Meteorological Organization, over 62 million people around the world were impacted by extreme weather in 2018. The uptick in extreme weather events – from hurricanes and wildfires to subzero cold and drought – all factor into how art needs to be handled, transported, displayed and stored.

There are different exposures to art based on zip codes. In the event of a catastrophic loss, insurers know what the exposure is and how it has been priced. Since 2005, insurance professionals have focused on aggregate issues, or accumulation of exposure, in the wake of Hurricane Katrina and Rita to ensure there is enough reserve to fulfill policyholder’s claims.

The art world will also continue to struggle with rising water levels. The World Meteorological Organization’s report also claimed that over 35 million people were affected by flooding in 2018. Coastal cities that serve as hubs for the industry, like Miami, Venice, Amsterdam, and New York, are a growing area of concern. Conversations about how to best safeguard the art will continue in the upcoming year – with everything from moving facilities to building new systems to protect priceless works.

The damage that was caused and the significant losses were, to some degree, a surprise to the insurance industry, which had never seen seasons with that degree of intensity. Areas faced with wildfires, as well as surrounding areas, become more susceptible to flooding while recovering. This increased risk is a result of the dramatic change in terrain and the ground’s diminished ability to absorb water. The Federal Emergency Management Agency says that areas affected by wildfires are at increased risk for up to five years to face flash flooding and mudflows, even if they were not typically flood-prone areas in the past.

This is a major concern for the art industry, since fire makes the restoration process of damaged art very difficult, and at times impossible. Fire can completely consume artwork, and smoke and heat damage can lead to significant challenges. All art collectors, especially people in fire-prone areas, need to invest in art insurance or risk losing their pieces for good.

In 2020 art values will continue their sharp upward trajectory as wealth increases around the world. According to The Art Market 2019, a report written by the founder of Arts Economics, Dr. Clare McAndrew, the art market was valued at $67.4 billion in 2018, a six percent increase from the year before.

The spread of wealth around the world has expanded art worldwide, especially in China – now home to the world’s most billionaires, India, and Saudi Arabia; access to disposable incomes to acquire artwork has increased consumption. However, this becomes a matter of supply and demand; there are only so many historic artworks available for purchase.

Overall, there are many changes on the horizon within the art market in the new decade. Similar to other areas of business, the art world will need to prepare for and adapt to challenges presented by societal, economic, and environmental concerns. Looking ahead, it will be interesting to see how these obstacles are overcome, and how it will impact the way art is bought, sold, and protected.