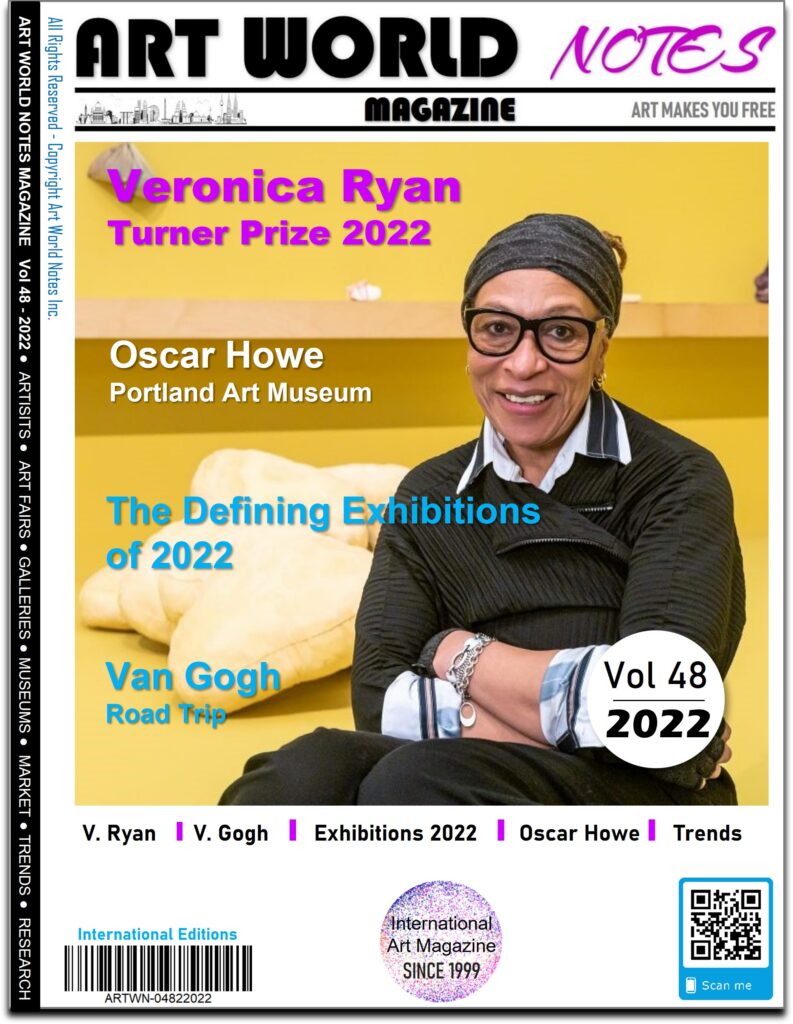 Sculptor Veronica Ryan, who made the UK’s first permanent public artwork to honour the Windrush generation, has won this year’s Turner Prize. For her Windrush memorial, Ryan placed giant sculptures of Caribbean fruits on a street in Hackney, east London.

Ryan was born on Monserrat before moving to the UK as a toddler, and her art uses the fruits, seeds and even volcanic ash from her home island. Her winning works included the custard apple, breadfruit and soursop sculptures that were unveiled in Hackney in October 2021 in tribute to those who moved from the Caribbean to the UK after 1948. Her career has been “an incredible struggle” at times, she explained. “There were 20 years, almost, when no one was paying attention to my work.” But she credited her upbringing in a thrifty family for giving her an attitude that enabled her to make art in lean times with whatever materials she had to hand.

She thanked people “who’ve looked out for me when I wasn’t visible and I was making work from rubbish”, adding: “But actually some of the rubbish [works] are some of the most important works, I think.” She also won for an exhibition in Bristol last year that featured cocoa pods, avocado stones and orange peel.

Crocheted bags made from the fishing line were included, as well as tea-stained medical pillows that were made during the pandemic to reflect acts of care and nurturing. Ryan wore her father’s hat as she accepted the award and paid tribute to her family, including three late siblings, on stage. “They were fantastic people and I think they’re looking at us right now, and they’re proud,” she told the audience.

Art critic Louisa Buck told BBC Radio 4’s Front Row the moment Ryan won was “incredibly moving”. “It obviously means a huge amount, in her dad’s hat up there, having been overlooked for a long, long time,” she said. “She is a great, great artist, and she really works with stuff, and she makes stuff speak.”

“There’s a kind of subtle autobiographical component to the work, and the jury feels that she’s extending the language of modern contemporary sculpture in new and subtle ways,” he said. Ryan’s was “perhaps the most abstract and elusive work” of this year’s four nominees, he added.

“But it’s quite insistent. And it’s ultimately really poetic as a sculptural practice – but you’re aware that this poetry is a result of working with the most humble forms, things that normally are thrown away or lost. “There’s a sense of beachcombing to how the materials are found, kept and brought back to life. And I think that is something that people can relate to.” The prize comes a year after Ryan was made an OBE for services to art. Farquharson said the Turner was not intended as a “lifetime achievement award”, noting that her work had taken “a very interesting turn over the last year or two”.