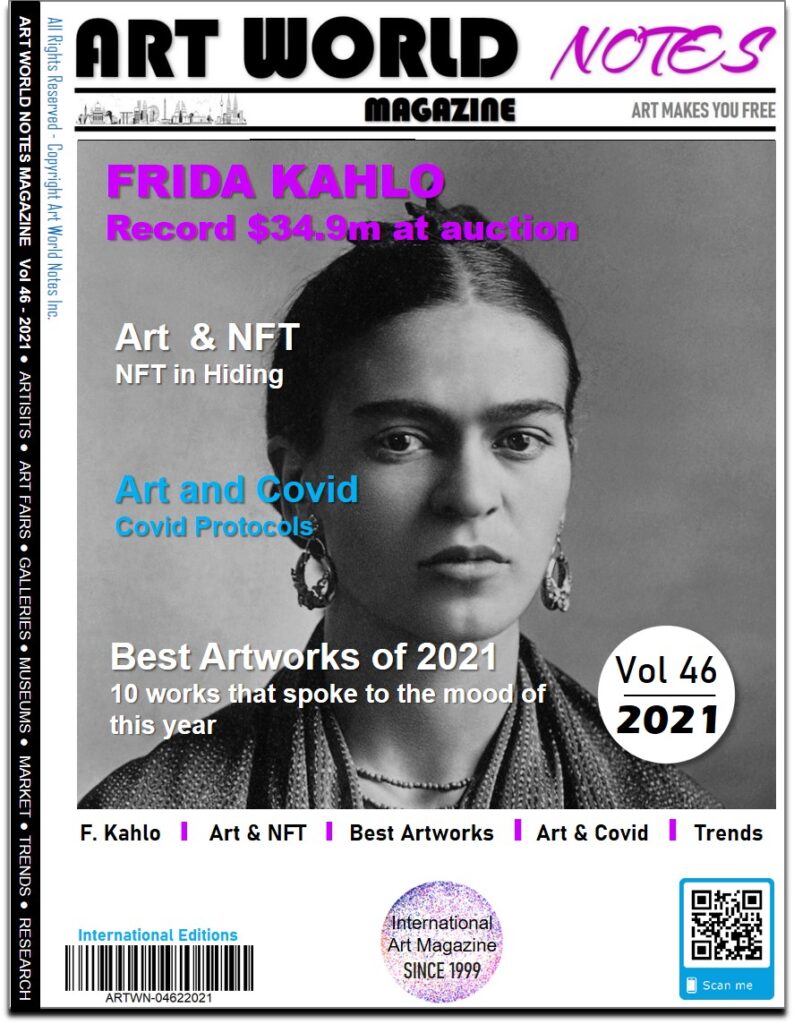 Frida Kahlo’s “Diego y yo,” a painting of herself with her husband’s image on her forehead, sold for $34.9 million in a Sotheby’s auction Tuesday night. The art dealer described it as “the last of her great self-portraits.”

It’s the most money ever paid at auction for a work by a Latin American artist. The price is also more than triple the highest amount previously paid for a Kahlo work in an auction.

It’s not the first time “Diego y yo” has made history: when the painting sold for $1.4 million in 1990, Kahlo became the first Latin American artist to surpass the $1 million mark at auction.

Kahlo created the painting in 1949, 20 years after she first married the painter Diego Rivera. It marked a time when the Mexican artist was at the height of her abilities, and also when her health was declining: Kahlo had numerous surgeries on her spine in 1949, and she began a nine-month hospital stay. When she emerged, she often relied on a wheelchair.

In “Diego y yo,” Kahlo depicts herself with three tears flowing from her eyes, with her husband superimposed above her famous eyebrows.

“She has such a powerful gaze. She just stares at you, and she just cuts through,” said Sotheby’s Anna Di Stasi, Director of Latin American art. “And those three tears rolling down her cheek are just the most powerful tears I have ever seen in the history of art.”

By 1949, Kahlo and Rivera had reconciled many of their differences in the turbulent relationship, during which both of the artists engaged in multiple affairs. But the painting is widely seen as Kahlo’s expression of pain over Rivera’s affair with her friend, the actress María Félix — Rivera painted a portrait of a barely clothed Félix in that same year.

“This completely destroys her,” Di Stasi said of Kahlo’s predicament.

With a final sale price approaching $35 million, “Diego y yo” obliterates the previous auction record for a Latin American piece of art that was set by Rivera’s painting “The Rivals.”

Kahlo’s husband painted “The Rivals” a few years after they married; it fetched a $9.8 million price at a Christie’s auction in 2018.

“You could call tonight’s result the ultimate revenge, but in fact it is the ultimate validation of Kahlo’s extraordinary talent and global appeal,” Di Stasi said in a news release about the sale.

The record for the highest price ever paid at auction for a piece by a female artist is held by Georgia O’Keeffe’s “Jimson Weed/White Flower No. 1,” which sold at Sotheby’s a few years ago for more than $44 million.