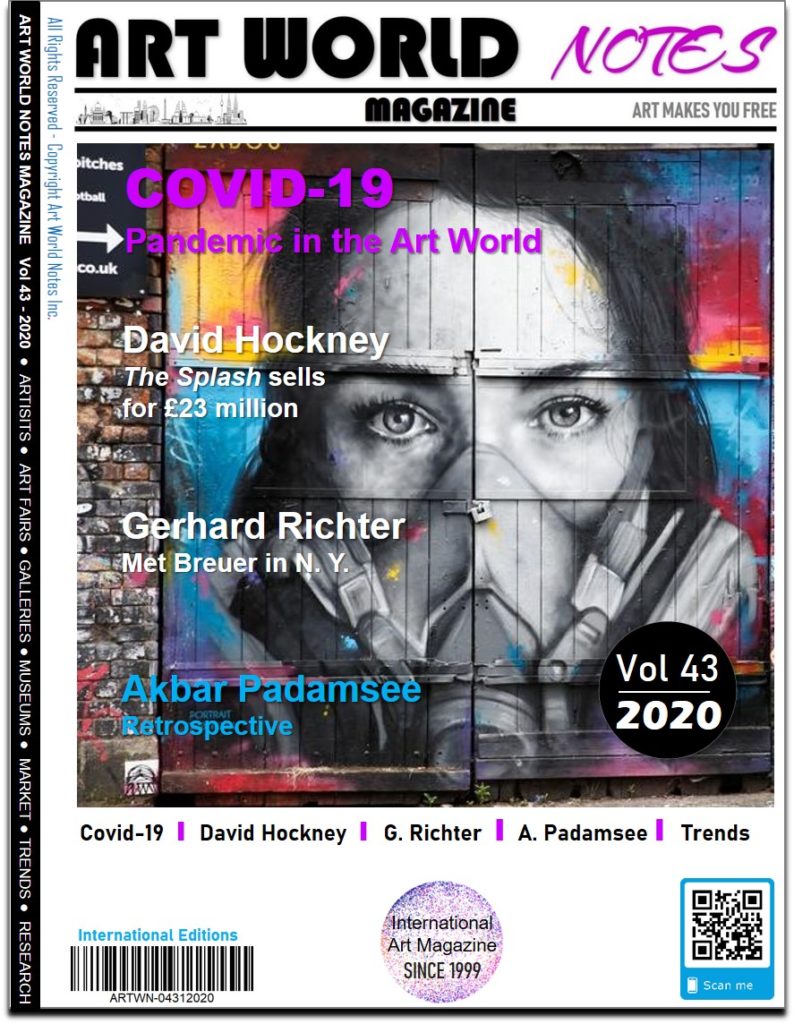 COVID-19 Pandemic in the Art World

As the COVID-19 pandemic continues to wreak havoc globally, museums have not been spared, the UN cultural agency said on Monday, International Museum Day, revealing that nearly 90 per cent of the treasured cultural institutions have had to close their doors, while almost 13 per cent are under serious threat of never reopening.

In assessing the impact of the coronavirus on museums, two studies conducted by the UN Educational, Scientific and Cultural Organization (UNESCO) and the International Council of Museums (ICOM), confirmed that more than 85,000 institutions have shut.

“Museums play a fundamental role in the resilience of societies”, UNESCO Director-General Audrey Azoulay explained. “We must help them cope with this crisis and keep them in touch with their audiences”. The analyses also explored how the sector was adapting to the pandemic and ways in which it could offer support once the pandemic ends.

To affirm the resilience of art, UNESCO launched the ResiliArt movement last month, which, among other things, conducts virtual high-level exchanges between international professionals and draws support for the cultural world during the crisis.

Within this framework, UNESCO launched in mid-May a series of debates devoted to museums. In partnership with sustainable museums initiative, Ibermuseums, the first three will explore strategies to support museums and professionals in the Ibero-American region. According to UNESCO, social protection of museum staff, digitization and inventorying of collections and online content development, are among the top priorities that need to be addressed – all of which require financial resources.

UNESCO also pointed out that since 2012, the number of museums globally has increased by almost 60 per cent, demonstrating how important they have become in national cultural policies over the past decade.

The study also revealed wide regional disparities, with Africa and Small Island Developing States (SIDS), accounting for only 1.5 per cent of the total number of museums worldwide.

Furthermore, only five per cent of museums in Africa and SIDS were able to offer online content to their audiences.

“This pandemic also reminds us that half of humanity does not have access to digital technologies”, the UNESCO chief observed. “We must work to promote access to culture for everyone, especially the most vulnerable and isolated” These findings echoed a previous report on the implementation of the 2015 UNESCO Recommendation Concerning the Protection and Promotion of Museums and Collections, their Diversity and their Role in Society.

In it, the agency underlined the fundamental role that museums play in education, culture and in supporting the local and regional creative economy. UNESCO and ICOM will soon publish the full results of the two studies as they continue their collaboration in supporting museums worldwide.