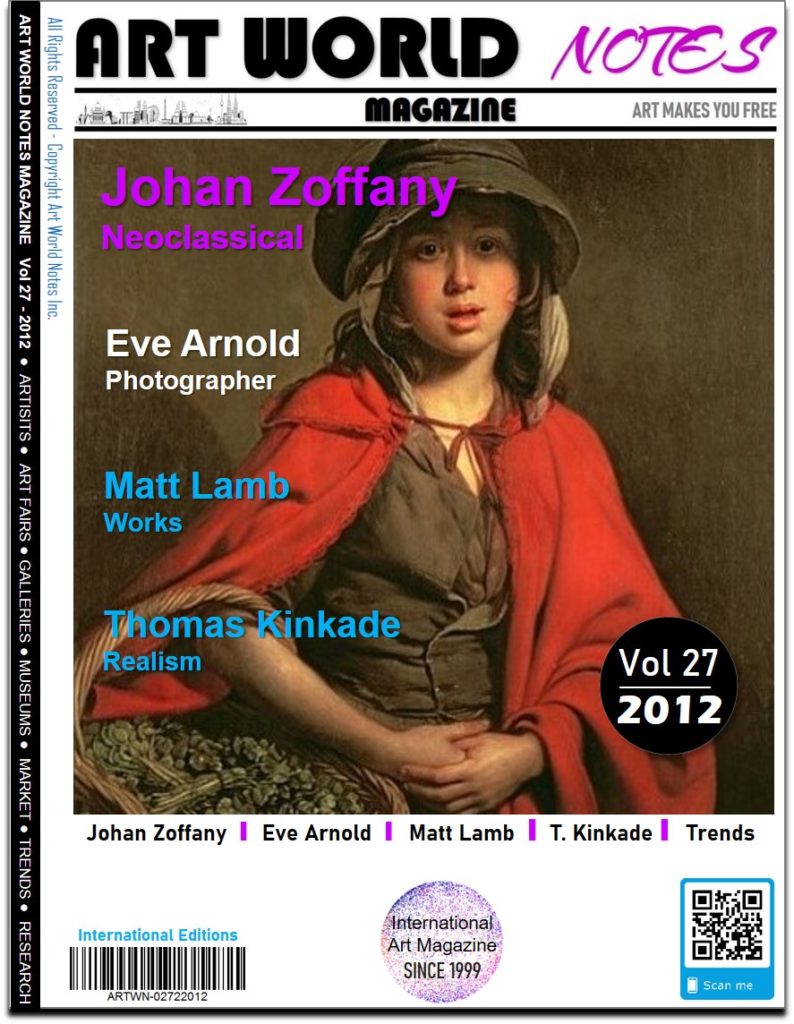 Cover:Johan Zoffany RA: Society Observed opened at the Yale Center for British Art last year, providing an overview of the great master’s works, full of wit, shrewd political commentary and perceptive social observation. The exhibition also looked at Zoffany’s astute skills as a networker, adapting brilliantly to Britain’s culture of patronage. This Saturday the show comes to the Royal Academy of Arts, London.

It’s been a busy few months for the Royal Academy of Arts. In January the RA opened its much anticipated David Hockney exhibition ‘A Bigger Picture’, one of the most popular art shows in recent memory. Tomorrow sees the opening of another fantastic – and completely different – exhibition, this time looking at the German neoclassical painter Johan Zoffany (1733–1810). Johan Zoffany RA: Society Observed presents a radical re-evaluation of the extraordinary life and career of this brilliant and enigmatic artist.

Of all the major artists working in eighteenth-century England, none explored more inventively the complexities of Georgian society and British imperial rule than Johan Zoffany. Born near Frankfurt, Zoffany trained as an artist in Germany and Italy. In 1760 he moved to London, where he adapted brilliantly to the indigenous art culture and patterns of patronage, creating virtuoso portraits and subject pictures that proved to be highly desirable to a wide range of patrons.

The exhibition pays particular homage to Zoffany’s skills as an astute networker. Zoffany established himself at the court of George III and Queen Charlotte soon after his arrival in England. At the same time, he befriended the leading actor David Garrick and through him became the foremost portrayer of Georgian theatre. His brilliant effects and deft style were well suited to theatricality of all sorts, enabling him to secure patronage in England and on the continent. Following a prolonged visit to Italy he travelled to India, where he quickly became a popular and established member within the circle of Warren Hastings, the governor-general. Zoffany’s Indian paintings are among his most spectacular and allowed him to return to England enriched and warmly welcomed

However, despite his natural talents and networking skills, which allowed him to achieve considerable success in England, Zoffany remained in many ways an outsider, scrutinizing British society and its customs and mores. Indeed, Zoffany’s work provides an invaluable and distinctive appraisal of key British institutions and edifices: the art academy, the Court, the theatre, the families of the aristocracy and bourgeoisie, and the burgeoning empire.

After his death there was no move to situate Zoffany as one of the key figures in the burgeoning British school of art. The RA’s exhibition, co-organized by the Yale Center for British Art (who hosted the show last year), aims to correct that oversight. Johan Zoffany RA: Society Observed features Zoffany’s oil paintings, and a selection of drawings and prints from British and international public and private collections, a number of which have been rarely or never exhibited before. The works testify to the central importance of Zoffany to the artistic culture of eighteenth-century Europe.