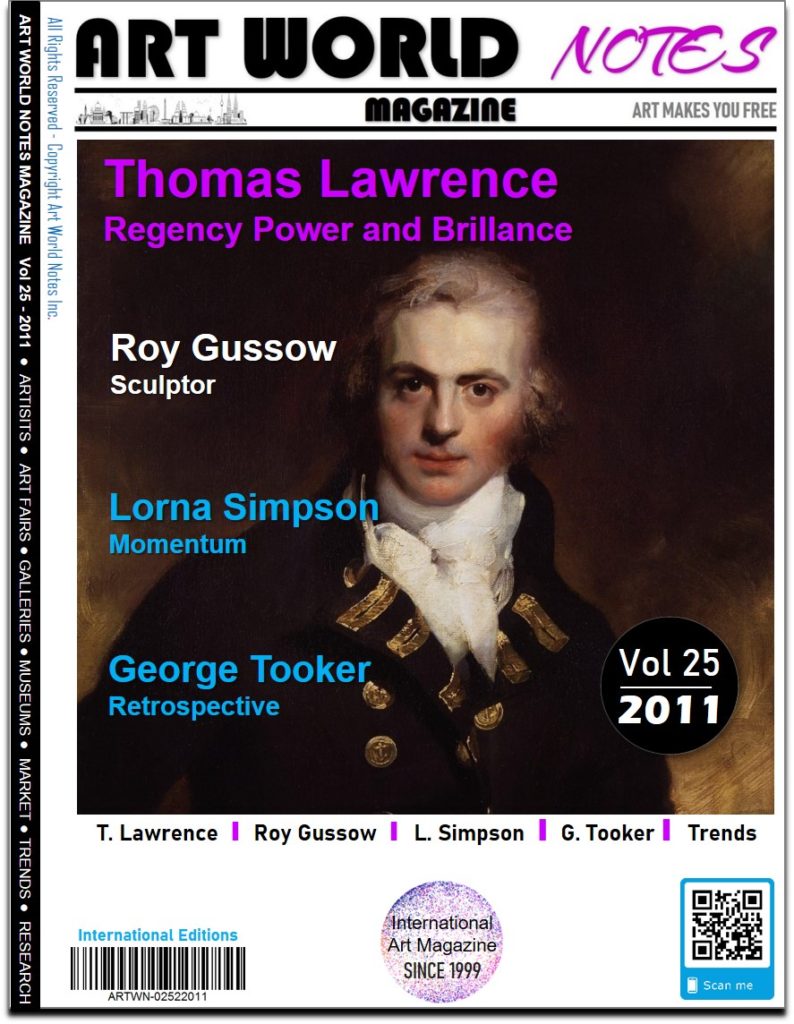 Cover: The first exhibition in Britain since 1979 of the works of the great Regency painter Thomas Lawrence will open at the National Portrait Gallery in London in October. Thomas Lawrence: Regency Power and Brilliance  will showcase the most important British portrait painter of his generation and explore his development as one of the most celebrated and influential artists in Europe at the start of the nineteenth century.

It will include Lawrence’s greatest paintings and drawings, many of which are rarely seen and which convey the power and originality of his work. Star exhibits include a recently rediscovered self-portrait, a drawing of Countess Therese Czernin and a painting of Emily, Lady Cahir, Later Countess of Glengall, which have never previously been seen in public. Of the 54 portraits in the exhibition, many have been generously loaned from private collections including Charles William Lambton, the famous “Red Boy,” as well as from public institutions such as the portrait of Elizabeth Farren from the Metropolitan Museum of Art, New York.

Among loans from the Royal Collection are the three monumental portraits (approx. 2700 x 1778mm) of Pope Pius VII, Field Marshall Gebhardt von Blücher and Charles, Archduke of Austria, which are normally displayed in the grand Waterloo Chamber of Windsor Castle. At the heart of the public tour of the Queen’s home, and part of the setting for major ceremonial events, this group of some of the finest portraits by the artist who succeeded Sir Joshua Reynolds as Britain’s greatest portrait painter, constitutes another rare and exceptional loan.

The exhibition, which has been organised by the National Portrait Gallery and the Yale Center for British Art, New Haven, will travel to the United States of America, where it will be the first substantial examination of the artist’s works. Thomas Lawrence: Regency Power and Brilliance will introduce the artist’s paintings in all their beauty and virtuosity to a new generation of visitors and will re-examine his work in the light of recent scholarship on the art of the Regency period.

Thomas Lawrence: Regency Power and Brilliance differs substantially from earlier exhibitions devoted to the artist and over half of the work on display was not included in the last significant exhibition in Britain.

With the temperament and flair to capture the glamour of the age, Sir Thomas Lawrence created the image of Regency high-society with dazzling brushwork and an innovative use of colour. His international reputation was ensured when the Prince Regent commissioned portraits of all the foreign leaders involved in the downfall of Napoleon. Lawrence was appointed President of the Royal Academy in 1820. Providing a fresh understanding of Lawrence and his career, the exhibition explores both his technical innovations as a draughtsman and painter and his unprecedented international reputation. It will also place him within the broader contexts of the aesthetic debates, networks of patronage and international politics of his day.

Sandy Nairne, Director of the National Portrait Gallery, London, says: ‘Thomas Lawrence was the artistic star of the Regency period. This exhibition now offers the best chance to understand why his work is so important.’