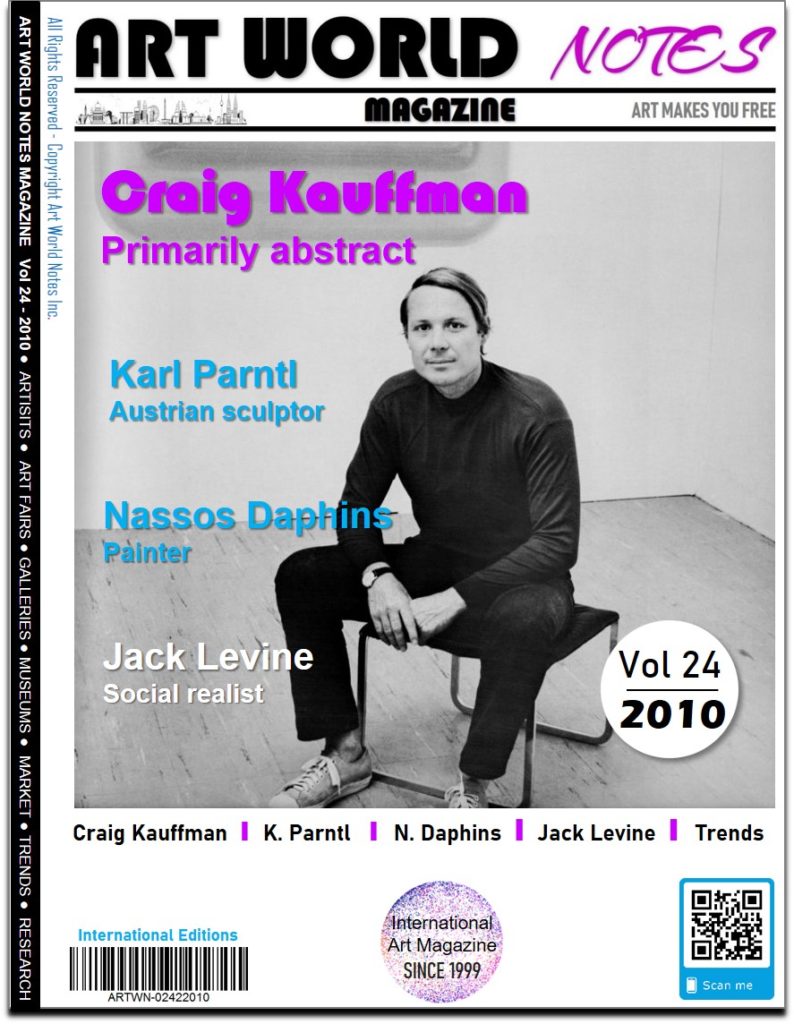 Kauffman himself took a firm position regarding his chosen materials, writing in his statement for A New Aesthetic, 1967 that: “I didn’t start out with the idea of an industrial aesthetic. I believe the artist’s strength lies not primarily in his intellect, but in his sensibility turned into intelligence. I began working in plastic with an idea of form it is true, but my principal impetus was a passion for a kind of color, a kind of light, a sensual response to material.” This responsiveness to material and sensitivity to color relationships characterizes Kauffman’s oeuvre. The late works on display achieve their lush presence through the artist’s integration of spray-painted color and form.

Craig Kauffman (1932–2010) was a major Los Angeles artist whose work has been exhibited in the U.S. and abroad since 1951. Kauffman remained an active and enthusiastically received painter who was equally well recognized for his history of adventurous engagement with new materials. He is one of the most prominent and influential artists to have come out of Los Angeles, having shown with Felix Landau Gallery in the 1950s and later at Ferus during the 1960s.