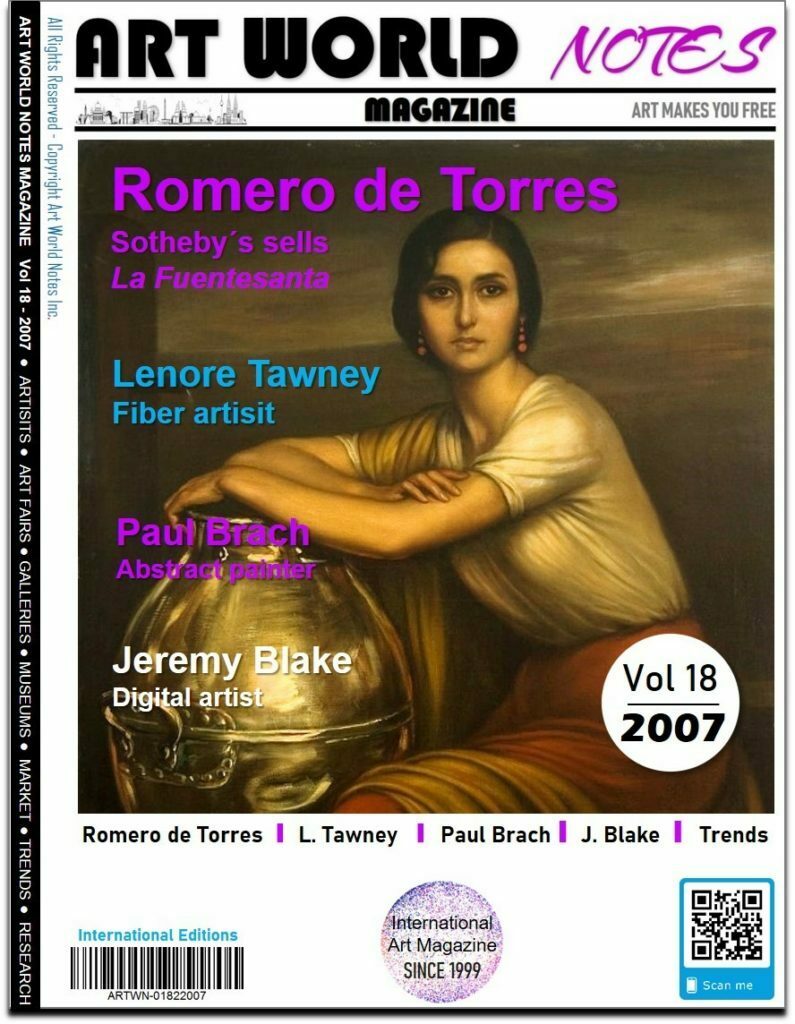 Cover:La Fuensanta is a portrait painting by Spanish artist Julio Romero de Torres depicting Maria Teresa López González, one of Torres’  gypsy models. Gonzalez is depicted with her arms resting on a copper cauldron. The painting was made in the autumn of 1929, when Torres completed another two artworks, La Chiquita Piconera and Bodegas Cruz Conde.

The provenance of La Fuensanta has been largely unknown since 1930 when it was exhibited at the Ibero-American Exposition in Seville. In 1994, the painting was bought by an Argentine citizen. In November 2007, La Fuensanta was sold by Sotheby´s to a private buyer. The Spanish Ministry of Culture tried to purchase the painting from Sotheby’s, but the auction price of 1,173,400 euros was too high.

Neither the identity nor the nationality of the buyer is known. The previous owner was an Argentinian national, who acquired the painting in 1994 after it disappeared in 1930 after going on show at the Ibero-American Exhibition in Sevilla.

It shows a young dark-haired girl with dark eyes and a piercing gaze leaning against a large copper pot. The model was María Teresa López González, who was born in Argentina and who moved with her family to Spain after the First World War. According to a report in this morning’s El País, María was only 14 years old when she posed for the first time for the artist, and quickly became his favourite model.