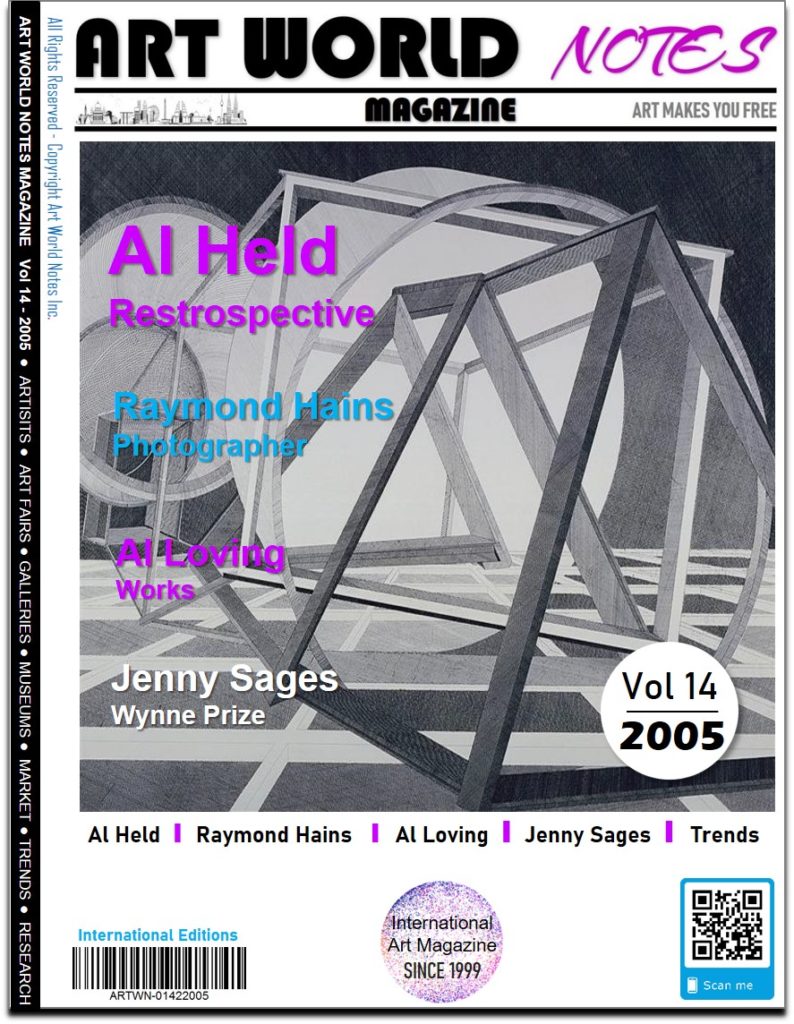 Cover: Al Held was an American Abstract expressionist painter. He was particularly well known for his large scale Hard-edge paintings. As an artist, multiple stylistic changes occurred throughout his career, however, none of these occurred at the same time as any popular emerging style or acted against a particular art form.

In the 1950s his style reflected the abstract expressionist tone and then transitioned to a geometric style in the 60s. During the 1980s there was a shift into painting that emphasized bright geometric space that’s deepness reflected infinity. From 1963 to 1980 he was a professor of art at Yale University..

Held focused on abstract, geometric forms existing in a non-Euclidean space. “The best abstract painting transforms its formal qualities into metaphors for truths unavailable to direct perception,” the artist once explained. Born in Brooklyn, NY on October 12, 1928 to Polish immigrants, he spent two years serving in the US Navy before enrolling in the Art Students League of New York. Travelling to Paris on a GI scholarship, the artist attended the classes of Ossip Zadkine and befriended Ellsworth Kelly and Joan Mitchell.

Returning to New York in the 1950s, his Abstract Expressionist compositions of thick, gestural marks gave way to the saturated colors and geometric forms found in his Alphabet paintings.

Held enjoyed a long and successful career, which included a 20-year tenure as a faculty member of the Yale School of Art, a rich exhibition history, and numerous awards. He died on July 27, 2005 in Camerata, Italy at the age of 76. Today, his work can be found in the permanent collections of the Kunstmuseum Basel, the Smithsonian American Art Museum in Washington, D.C., and The Museum of Modern Art in New York, among other