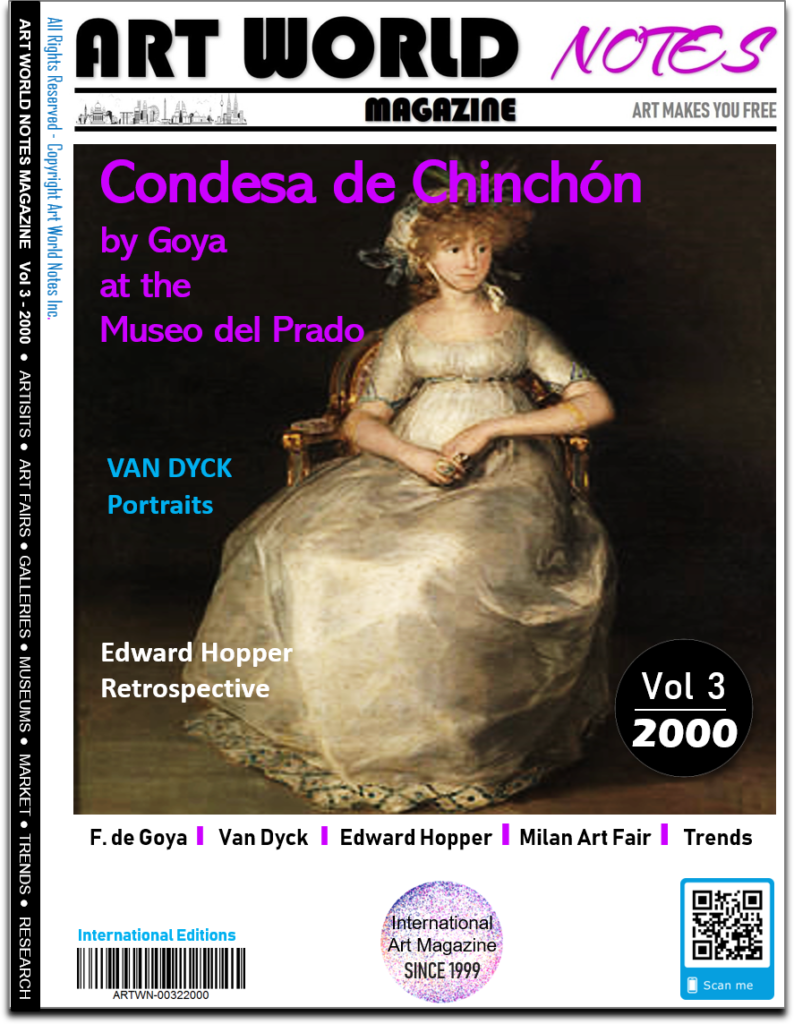 Condesa de Chinchón by Goya   at the Museo del Prado

The beautiful and moving portrait of the Countess of Chinchón, which belonged to the Duke of Sueca’s collection and entered the Prado Museum in 2000, is now one of the luminaries of the Museum and shows Goya in the full powers of painting. character and clothing.

María Teresa de Borbón y Vallabriga, XV countess of Chinchón and Marchioness of Boadilla del Monte, was born in 1779 from the morganatic union of the infant Luis Antonio de Borbón, brother of Carlos III, with María Teresa de Vallabriga y Rozas, daughter of an officer of chivalry; consequence of this link was that Don Luis and his family lived exiled from the court.

María Teresa de Borbón, the first fruit of the marriage, was undoubtedly a charming girl; We see her peeking out from behind Goya sitting at the easel in the group portrait of The Family of the D. Luis (1784, Fondazione Magnani-Rocca, Parma). Goya also portrayed her on the terrace of the fifth that her father owned near Ávila (1783, National Gallery of Art, Washington), where she poses with her hand on her hip, like a little woman who demands to be taken seriously, dressed to the Spanish fashion of the moment: white mantilla on the children’s bonnet and black silk basquiña.

The countess wears a large ring with a miniature of Godoy wearing the band of the order; Those rings with images of family or friends largely replaced the dynastic rings of rich rhinestones of the past, providing a “sentimental” touch much of the taste of the time. The gold bracelets direct attention to the white, well-turned, and youthful arms; whiteness was an essential attribute of the upper-class woman. In contrast to the relative simplicity of the dress, the countess’s elaborate hairstyle and headdress, which sports what a German traveler through Spain in the late 1790s, Christian August Fischer, called “the French fashion of curling hair attracts the eye. ». Obviously it was a way of combing that he liked and to which he was faithful: in a letter from 1806 to the queen, Godoy commented that he could not see his wife’s face because of the curls that fell on her eyes.

What we see here is a modest and discreet version of the prevailing fashion. María Teresa does not show the exaggerated neoclassical style that the figure enhanced, what Fischer calls dressing à la grecque, which was adopted by the demi-mondaines that surrounded Josefina Bonaparte, and in Spain by some “newly minted madames”; in any case, such a dress would have been improper of its state. This portrait of Goya is a tour-de-force of technical mastery and psychological perception, in which the outfit is inseparable from the personality of the portrayed.