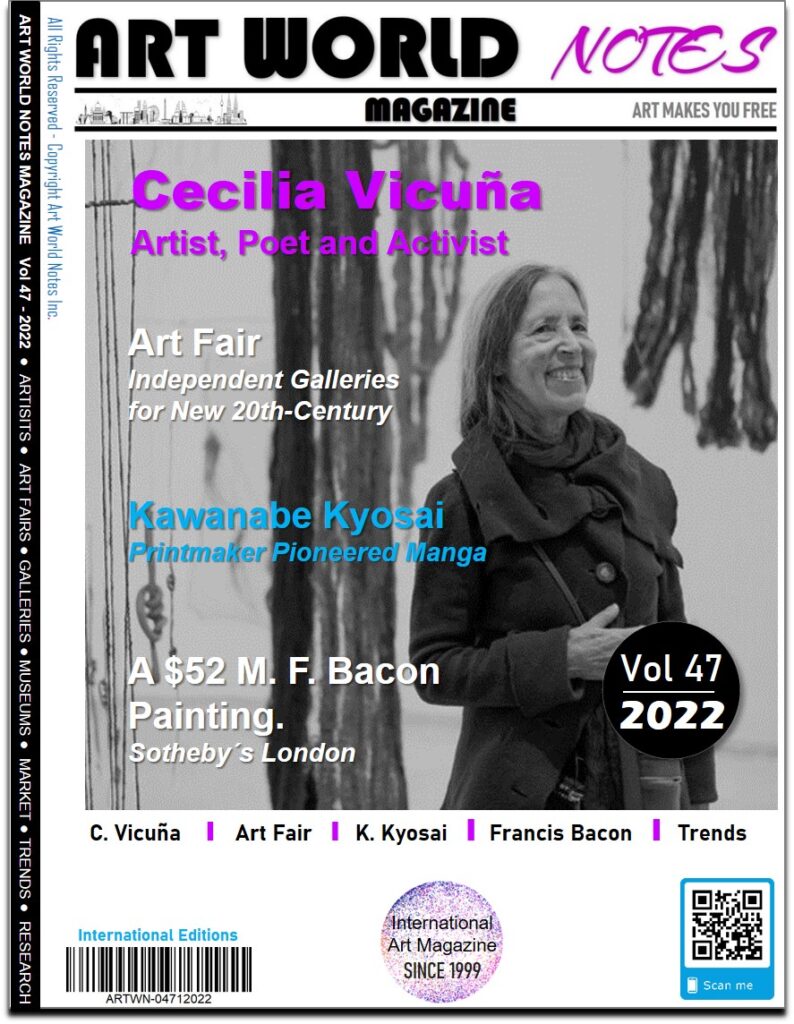 Chilean-born artist, poet, and activist Cecilia Vicuña has been ahead of her time. Since starting to write and make art in the mid 1960s, she has focused on environmental and social justice, making her an ecofeminist avant la lettre.

For most of a career spanning 50-plus years, Vicuña’s ongoing project, to link sensuality and environmentalism to women’s and human rights—to, in her words, awaken the world to the “feminine” life force of the earth—encompasses writing, art, and street protests.

Her wide-ranging visual language includes performance, installation, and sculpture as well as painting, to which she has returned in the past decade. She’s also a celebrated writer who has published more than two dozen volumes of poetry.

For years Vicuña’s shows were poorly attended. “No one was interested in climate change then,” she told the Art Newspaper in 2019. But with global warming accelerating and income disparity soaring around the world, Vicuña’s work now seems prescient.

This past spring, along with German sculptor Katharina Fritsch, Vicuña received the Venice Biennale’s prestigious Golden Lion for Lifetime Achievement award, and a major survey of her work, “Cecilia Vicuña: Spin letter Triangulene,” opened at the Guggenheim Museum in New York in May. This fall, as the 2022 recipient of Tate Modern’s annual Hyundai Commission, she will take over the museum’s massive Turbine Hall.

From the beginning, performance has been a key medium for Vicuña, both as a vehicle for protest and as a collective experience. In 1979, while living in Bogotá, Vicuña staged El Vaso de Leche (“The Glass of Milk”). Assembling an audience in front of the 19th-century home of revolutionary hero Simón Bolívar, she used a red string tied around a glass of white paint to tip the glass over, calling attention to the deaths of nearly 2,000 children, poisoned because merchants were adding water and paint to milk to cut costs.

Vicuña’s quipus are also at times sites of participatory performances, as Living Quipu was at the Museum of Fine Arts, Boston, in 2019. In these activations of her sculptural installations, she wraps and covers viewers in wool and fabric, making their experiences and memories part of a present-time quipu.