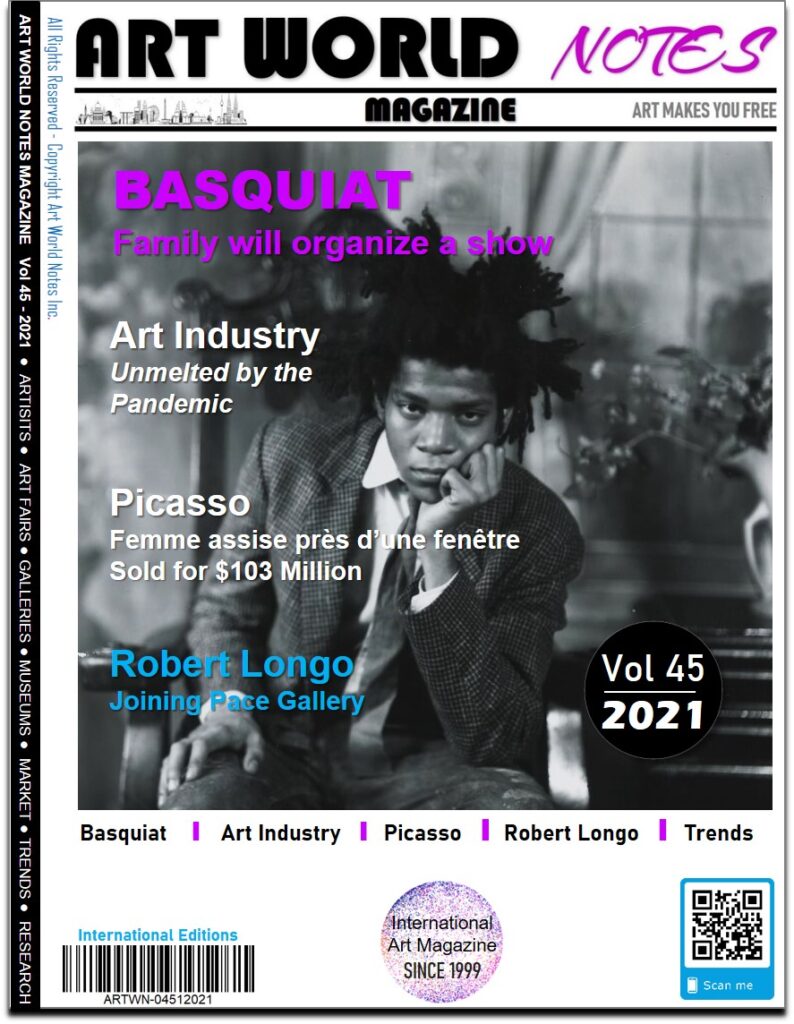 Family Will Organize a Show

For the First Time, Basquiat’s Family Will Organize a Show of Rarely Seen Works by the Artist From Their Personal Collection
The Basquiat family will share never-before-seen pictures by the artist in an exhibition that includes an “experience.”

Since his tragic death from an overdose at just 27 years old in 1988, street artist Jean-Michel Basquiat has become an art-market darling and near-legendary figure, the subject of seemingly countless exhibitions, organized by leading institutions such as the Brooklyn Museum and London’s Barbican Centre, and mega-collector and former arts publishing magnate Peter Brant.

Now, for the first time, Basquiat’s family is organizing a show of its own, drawn entirely from their extension collection of his work, most of which has never been shown publicly.

The exhibition, which is billed as an immersive experience, is set to touch down at New York’s landmarked Starrett-Lehigh Building in early spring 2022.

Though largely dedicated to offices, the building is home to the School of Visual Arts’ Chelsea Gallery, and hosted a Mr. Brainwash show to benefit a throat and neck cancer charity in 2018.

Basquiat’s sisters, Lisane Basquiat and Jeanine Heriveaux, who run the Jean-Michel Basquiat Estate with their stepmother, Nora Fitzpatrick, came up with the idea during lockdown.

“Much of what has been shared about Jean-Michel, thus far, has stemmed from the perspective of those who met or knew Jean-Michel at a specific point in time,” the sisters told Artnet News in an email.

“We are constantly approached by people who want to know and hear more about who Jean-Michel was. Many are budding artists themselves who are seeking inspiration through connecting to Jean-Michel’s story,” they added. “Only we can provide the broader context of his cultural and familial roots, and how those played into the narrative of his art.”

The show, titled “Jean-Michel Basquiat: King Pleasure,” will feature 200 “never-before and rarely seen paintings, drawings, multimedia presentations, ephemera, and artifacts,” according to a statement. The family and the estate have brought on ISG Productions and Superblue to produce the show, with Spotify and Phillips as sponsors.

Details about the experiential aspects of the exhibition, as well as specific works on view and ticketing information, remain forthcoming, but the sisters are confident the show will resonate with audiences.

“We hope they take away inspiration [and] a deeper appreciation for Jean-Michel’s humanity, journey, and all that he brought to pop culture and art,” Lisane Basquiat and Heriveaux said.