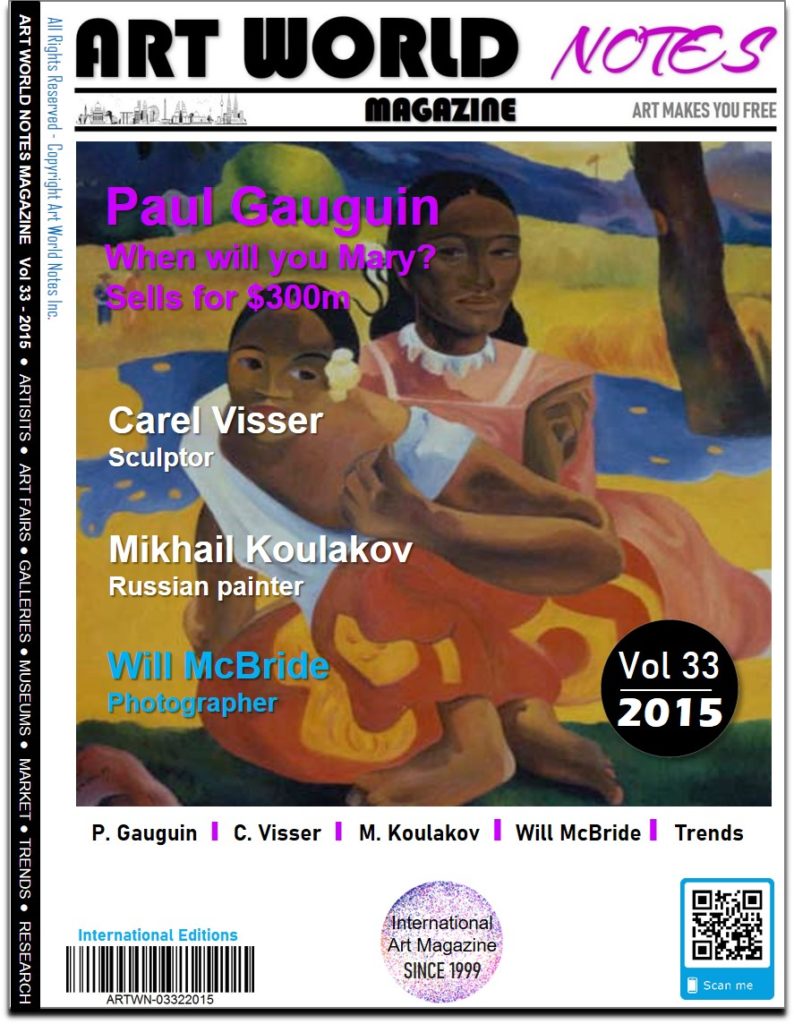 Cover: Painting of two Tahitian women by an artist whose work won little or no acclaim in his lifetime is sold for nearly $300m. Everyone has their price, so the saying goes, and it appears that almost $300m (£200m) was the right price for one Swiss art collector.

Rudolf Staechelin was the owner of the painting Nafea Faa Ipoipo? or When Will You Marry? by Paul Gauguin, but it is now thought to have become the most expensive artwork he sold it. The 62-year-old former Sotheby’s executive has a family trust that owns more than 20 impressionist and post-impressionist works, which had been on loan to the Kunstmuseum in Basel for almost 50 years.

Staechelin confirmed to the New York Times that the 1892 oil painting of two Taihitian women had been sold, but did not confirm the identity of the buyer, nor the price. It is believed to have been bought by Qatar, which in 2011 paid a record $259m for The Card Players by Paul Cezanne.

He said: “The real question is why only now? It’s mainly because we got a good offer. The market is very high and who knows what it will be in 10 years. I always tried to keep as much together as I could. Over 90% of our assets are paintings hanging for free in the museum.” Staechelin’s collection was put together by his grandfather, who became friends with artists and made most of his purchases during and after the first world war. He later advised the Kunstmuseum, which took his collection as a loan following his death in 1946.

Gauguin visited Tahiti twice. His first trip was in 1891 after becoming estranged from his wife and was facing financial difficulties given the unpopularity of his art.

He came up with the idea of making the voyage to paint illustrations for the most popular novel at the time, Pierre Loti’s The Marriage of Loti.

He was said to have had sexual relations with several of the women he painted in Tahiti, which include Vairaumati te Ioa, or Her Name is Vairaumati.

Like so many artists, Gauguin’s talent was not fully recognised until after his death, which came in 1903 at the age of 54 from a morphine overdose. He was a major influence on 20th century greats such as Pablo Picasso, Joan Miró and Henri Matisse.

Nafea Faa Ipoipo? can be seen at the Beyeler Foundation in Basel during February, before moving on to the Reina Sofía museum in Madrid and the Phillips Collection in Washington DC. The new owner will take possession of the work next January.