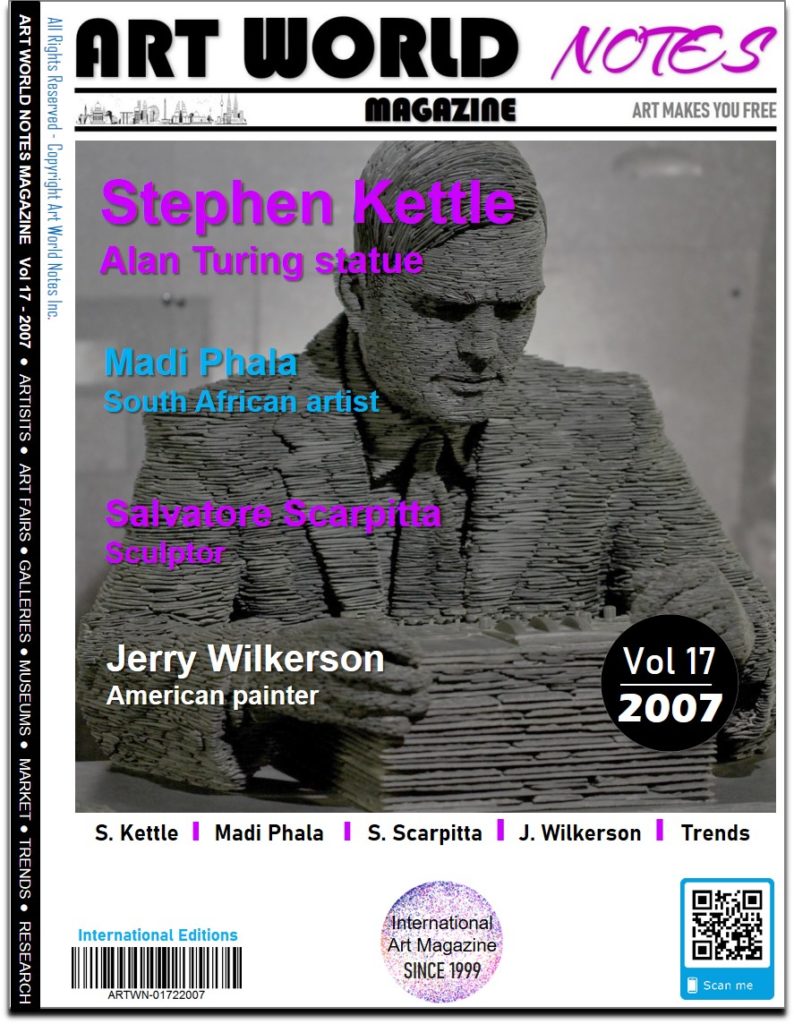 Cover: Stephen Kettle was born in Castle Bromwich Birmingham in 1966 and now lives with his wife Sue and two children in West London. After leaving school, Stephen served seven years in the Royal Navy and left the service in 1989 to work in his Fathers construction business. It was during the following 15 years that Stephen honed his skills that he now employs in his sculptures, using techniques that were passed to him from his Father and a host of other tradesmen along the way.

As a sculptor, Stephen is officially a self taught artist and has received no formal training in art. Stonework is the core of his identity with each piece of slate touching its neighbouring slate on both sides as well as from above and below. Although the slate is held together with an adhesive (that is of his own invention), none of the adhesive is visible due to the tightness and accuracy of the stonework. This is no mean feat as the majority of slates are of different thicknesses and are seldom perfectly flat.

His works range from miniature to monumental with both figurative and abstract pieces in Museums and private collections and are viewed by over three million people each year. His best known works are statues of R.J. Mitchell (designer of the legendary Spitfire which is now owned and permanently displayed at the London Science Museum) and Alan Turing, mathematician, wartime code breaker and intellectual parent of the computer. The Alan Turing statue is permanently housed at Bletchley Park where it has gained much media attention in recent years. Kettle also has a bust of Winston Churchill in the Darrah /Harwood collection at the same site.