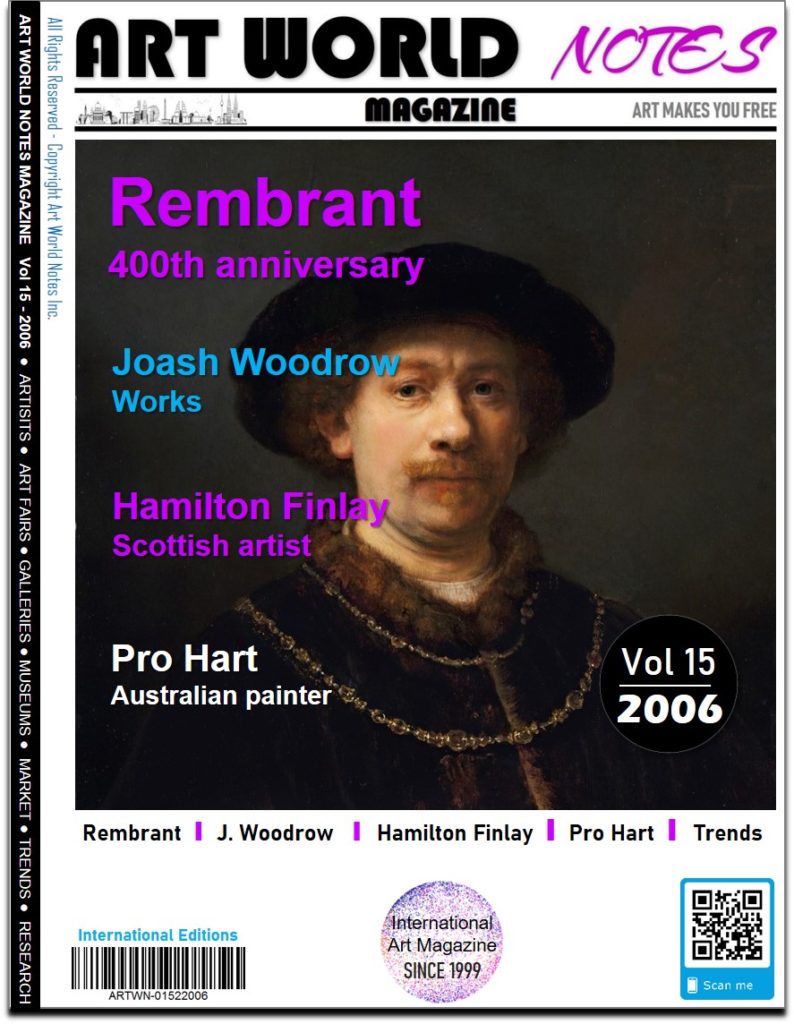 Cover: Rembrandt van Rijn, the greatest painter of the Dutch golden age, was born 400 years ago today. In a prolific career Rembrandt produced over 600 paintings, 300 etchings, and 2,000 drawings, including over 80 self-portraits, but his personal life was blighted by tragedy.

It is Rembrandt who is believed to have said: “Painting is related to God.” As the 400th anniversary of his birth prompts a fresh look at the Dutch master, it is perhaps the “soulfulness” of his art that keeps winning new devotees and bringing back the faithful.

Despite his gigantic status, Rembrandt Harmenszoon Van Rijn has never received so much attention. Events and exhibitions are being staged throughout his native Holland, and elsewhere to mark the fourth centenary year of the greatest 17th century Dutch painter, whose use of light and shade, in particular, is considered unparallelled.

For Rembrandt, light and shadow were tools with which to depict the light and shadow of life itself. His best paintings convey subtle human emotions that range from pride and anger to vulnerability — but are always treated with sympathy. Similarly, the humanity of his subjects is always visible whatever their pose or — for that matter — their attire.

Rembrandt was fortunate enough to find an outlet for his love of his fellow man through a passion for painting that led him to drop out of Leiden University, move to Amsterdam and embark on an apprenticeship with history painter Pieter Lastman — initially against the wishes of his father, a miller, who had wanted him to study for a profession instead.

But Rembrandt, an admirer of Caravaggio and other Italian artists, quickly became known for his use of luxuriant colour and deep penetration of character. His early work often included an Old Testament or oriental theme. Some contained violent images, such as The Blinding of Samson, while others were gentle portraits of the people who filled his life.

In common with other painters of the 17th century Dutch Golden Age — when the Netherlands enjoyed outstanding success in trade, science and art — Rembrandt’s work scrutinised the natural world and common human experience. Today paintings by Rembrandt and fellow Dutch masters including Johannes Vermeer, Albert Cuyp, Frans Hals and Jan Steen are considered among the greatest in the world.

At the height of his success, Rembrandt received commissions to paint the great and the good in Dutch society. Art historians have noted that from the 1650s his work appeared to become more reflective and darker in tone after he experienced personal tragedy — three of his first four children died in infancy, and his wife Saskia van Uylenburgh died in 1642, aged only 29.

One typical portrait dating from this period is that of Rembrandt’s neighbour Agatha Bas. The painting depicts a woman whose wealth literally shines out of the picture — she wears a dress threaded with gold — yet one eye is shadowed, suggesting a sadness, and her thin hair, sallow skin and slumped shoulders hint at a vulnerability behind the grandeur.

A painting considered by many to be his greatest is The Night Watch, which shows a civil militia in Amsterdam waiting to come on duty. Rembrandt has lavished attention on each character visible in the group — their individual foibles are seen clearly — while others are virtually hidden in the shadows.

Despite his continued popularity and success, Rembrandt managed money poorly and was eventually forced to sell his home and goods to pay off debts. Further tragedy struck when his mistress, Hendrijke Stoffels, mother of his daughter Cornelia, died from plague in 1663, and his son Titus succumbed to the same disease five years later.

During his prolific career Rembrandt is thought to have produced some 600 paintings, 300 etchings and 2,000 drawings. A number of other paintings attributed to him over the centuries may have been painted by apprentices, who included such luminaries as Gerard Dou, Willem Drost, Carel Fabritius and Nicolaes Maes.