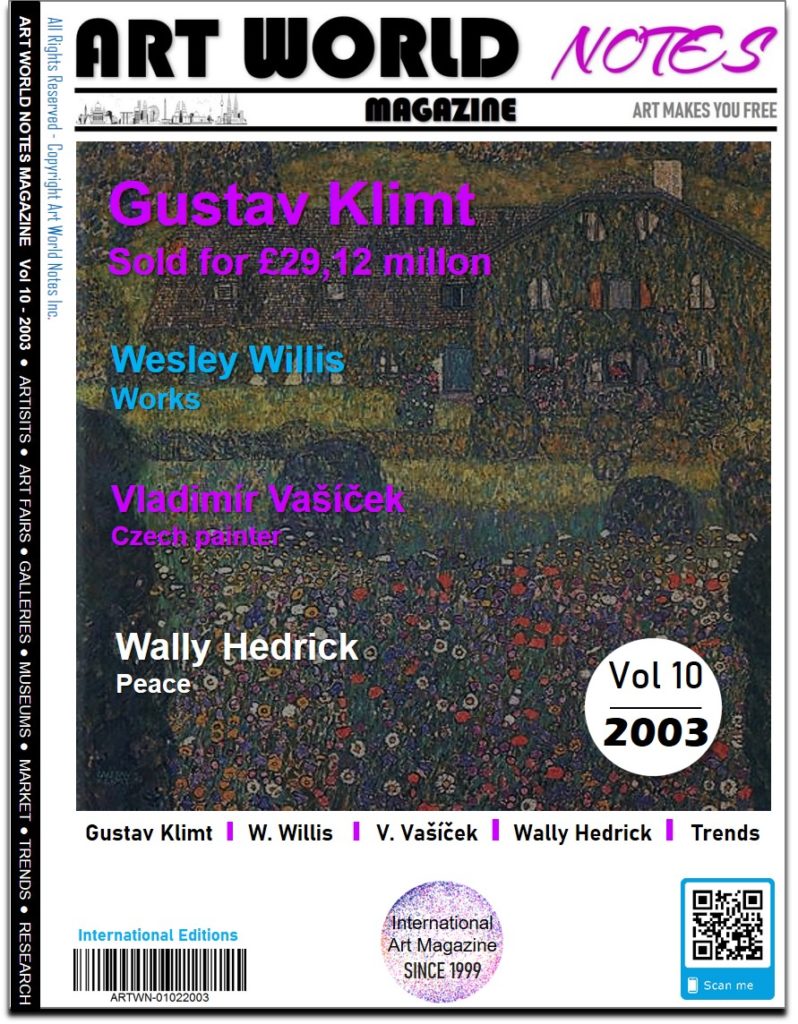 Gustav Klimt was born in Baumgarten, near Vienna, the second of seven children — three boys and four girls. All three sons displayed artistic talent early on. His father, Ernst Klimt, formerly from Bohemia, was a gold engraver. Ernst married Anna Klimt (née Finster), whose unrealized ambition was to be a musical performer. Klimt lived in poverty for most of his childhood, as work was scarce and the economy difficult for immigrants.

In 1876, Klimt was enrolled in the Vienna School of Arts and Crafts (Kunstgewerbeschule), where he studied until 1883, and received training as an architectural painter. He revered the foremost history painter of the time, Hans Makart. Unlike many young artists, Klimt accepted the principles of conservative Academic training. In 1877 his brother Ernst, who, like his father, would become an engraver, also enrolled in the school. The two brothers and their friend Franz Matsch began working together; by 1880 they had received numerous commissions as a team they called the “Company of Artists”. Klimt began his professional career painting interior murals and ceilings in large public buildings on the Ringstraße including a successful series of “Allegories and Emblems”.

In 1888, Klimt received the Golden order of Merit from Emperor Franz Josef I of Austria for his contributions to art. He also became an honorary member of the University of Munich and the University of Vienna. In 1892 both Klimt’s father and brother Ernst died, and he had to assume financial responsibility for his father’s and brother’s family. The tragedies affected his artistic vision as well, and soon he would veer toward a new personal style. In the early 1890s, Klimt met Emilie Flöge, who, notwithstanding the artist’s relationships with other women, was to be his companion until the end of his life. Whether his relationship with Flöge was sexual or not is debated, but during that period Klimt fathered at least 14 children.

Klimt’s work is distinguished by the elegant gold or coloured decoration, often of a phallic shape that conceals the more erotic positions of the drawings upon which many of his paintings are based. This can be seen in Judith I (1901), and in The Kiss (1907–1908), and especially in Danaë (1907). One of the most common themes Klimt utilized was that of the dominant woman, the femme fatale. Art historians note an eclectic range of influences contributing to Klimt’s distinct style, including Egyptian, Minoan, Classical Greek, and Byzantine inspirations. Klimt was also inspired by the engravings of Albrecht Dürer, late medieval European painting, and Japanese Rimpa school. His mature works are characterized by a rejection of earlier naturalistic styles, and make use of symbols or symbolic elements to convey psychological ideas and emphasize the “freedom” of art from traditional culture.