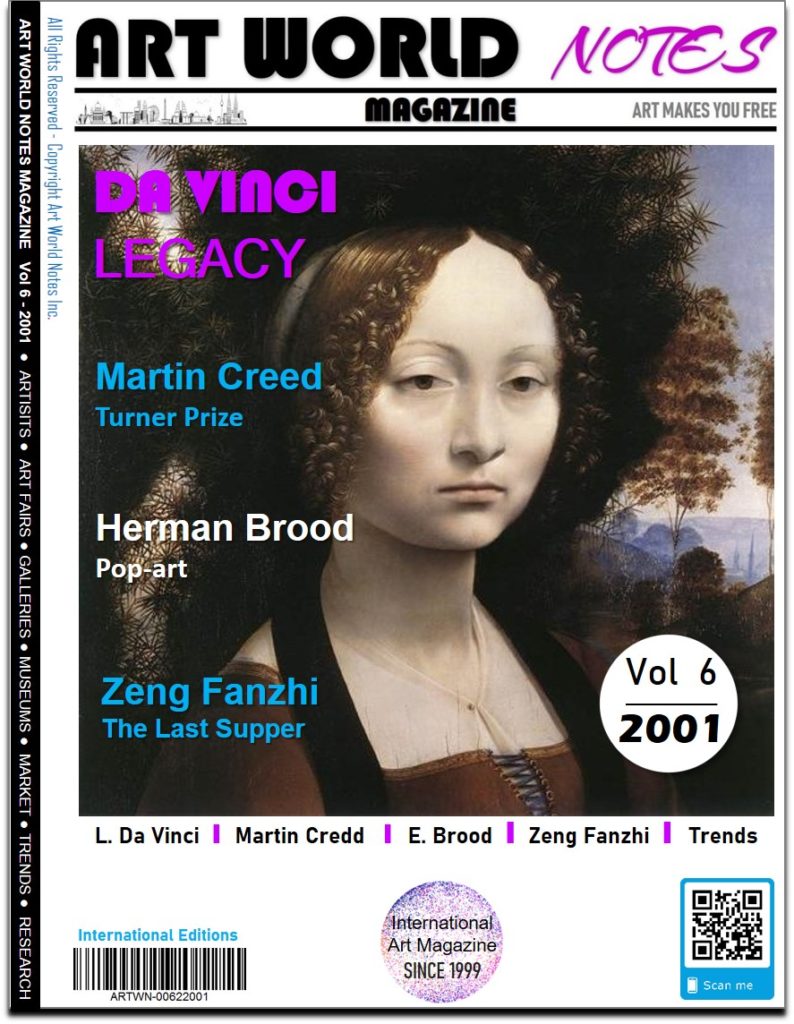 Traditionally, art and science have been treated as two separate disciplines, but when they are studied together it’s clear to see the impact one has on the other.. A great deal of creativity is required to make scientific breakthroughs, and art is just as often an expression of (or a product of) scientific knowledge. Consider the science behind mixing paint in the correct proportions, or creating perspective in a drawing, or even imagining the dance of a quark.

Visual art has been used to document the natural world for thousands of years, from cave drawings of animals that help today’s researchers figure out yesterday’s fauna, to paintings of centuries-old experiments that show us how they were conducted. One of the most famous examples of the interconnection between art and science is the work of Renaissance master Leonardo da Vinci.

While his Mona Lisa is probably the most famous portrait ever painted, da Vinci’s scientific drawings, recently on exhibit at the Boston Museum of Science, are smaller in scale and intricately detailed and annotated; and they demonstrate that he was no less skilled as an inventor and researcher. In fact, da Vinci’s talent as a bridge engineer was proven in 2001, when artist Vebjorn Sand built the da Vinci-Broen bridge in Norway using the artist’s never-realized plans for a bridge meant to stretch across the Golden Horn in Istanbul. Rejected as an architectural impossibility by the Ottoman Sultan who commissioned it, the bridge was built 499 years after da Vinci designed it, proving the Sultan wrong.

While da Vinci conducted his own experiments and studies, other artists were keen to observe and document a rapidly evolving body of scientific knowledge. For instance, Rembrandt’s painting The Anatomy Lesson depicts a scientist with a partially dissected corpse and a throng of interested spectators eager to understand the workings of the human body. Among the most interesting examples of the artist as recorder of scientific progress are the paintings of Joseph Wright of Derby, who worked at the close of the 18th century and was part of a small circle of intellectuals known as the Lunar Society (so-called because they met on the night of the full moon, so their horses could see the way home).

Wright’s famous painting A Philosopher Giving a Lecture at the Orrery (in which a lamp is put in place of the sun), depicts an intimate gathering around a mechanical model of the solar system. Documenting the growing popularity of science among the public at large, the painting records a range of reactions to this marvel, from wonder to introspection.

Beyond the use of art to document scientific progress, Marianne North’s paintings of tropical plants serve as both historic and scientific records. Active in the mid to late 19th century, North traveled extensively on her own, a feat unheard of at the time for a woman. She was never formally trained in painting, but her talent and productivity produced over 800 paintings that currently hang in the Marianne North Gallery in Kew Gardens, London. Her work transcends traditional plant specimens, which are collected, dried, preserved in herbaria and used to establish a record of species.

While those samples document discovery and provide a necessary historic record, North’s brilliantly colored paintings bring those species to life in their natural habitats as part of their ecosystems. Charles Darwin considered North’s paintings to be excellent examples of his theory of natural selection. One can see quite clearly from her work the adaptations that tropical plants have made to survive in different areas around the world, and the similarities between geographically close species. North has maintained a legacy not only through her artwork but also through several species for which she provided the first illustration and were later named after her.

Many examples of art intersecting with science exist around us, but these few highlighted here illustrate how art is crucial in helping us understand our scientific legacy and how science is well served by applying an artistic lens. Together, art and science help us interpret, study and explore the world around us.