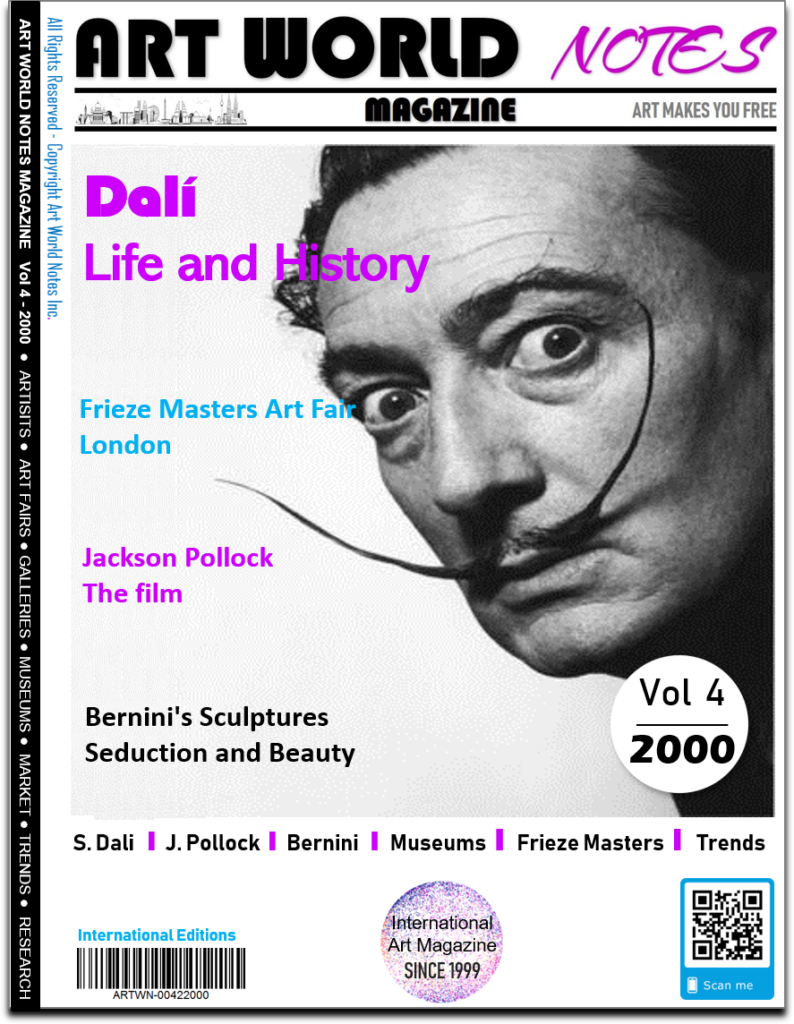 Dalí’s work up to that point is generally considered among the most original of the period, and some of his early Surrealist paintings are regularly afforded masterpiece status in the 20th-century canon. But then, in 1939, Dalí broke with his fellow Surrealists and shifted the primary focus of his activities from Paris to New York.

Almost overnight his work became “late,” which, in Dalí’s case, is generally understood as synonymous with repetitive, kitschy, vulgar, and pompous—in a word, lesser.

But the “late” Dalí lived and worked for another half century, painting and sculpting while at the same time making regular forays into film, writing, design, and fashion. In the process, he produced a vast and eclectic body of work that has rarely been given critical scrutiny comparable with that devoted to work from the early years. That situation now appears to be changing, with an increasing number of critics, historians, and artists examining Dalí’s late work from a contemporary perspective, distanced from the modernist context in which it has usually been judged, and distanced as well from the flamboyant figure of the artist himself.

“People have tended to dismiss the late work as a whole, all 40 years of it,” says Dawn Ades, a leading Dalí specialist and cocurator of the Dalí retrospective opening on the 16th of this month at the Philadelphia Museum of Art (through May 15). “But when you look more closely, you see that Dalí is in fact a sort of cusp between modernism and Pop art. It becomes a much more interesting problem, and much trickier.”

Independent of its intrinsic merits or lack thereof, the late work has in part been obscured from critical appraisal by the larger-than-life figure of Dalí himself, who never seems to have shied away from offending the sensibilities of others while unabashedly seeking (and achieving) fame and fortune. This is the Dalí whom André Breton anagrammatically nicknamed Avida Dollars in reference to the artist’s overt eagerness for financial remuneration; the Dalí who paraded his strange brand of reactionary politics and provocative mores in the social arena, much as he paraded his unsettling neuroses and obsessions in his work; the clowning, eye-flashing, mustache-twirling public figure described by Robert Hughes (an admirer of the early work) as a “pretentious, whorish old fanatic.”

The “old fanatic” died in Spain at age 85, in 1989, after a debilitating illness that had long isolated him from his beloved jet-set scene and his favored corner table at the St. Regis hotel’s bar in New York. The internecine squabbles among the Surrealists belong now to a different century, as does the idea that artists ought to remain above the commercial fray of the rest of the world. Meanwhile, much of the art of the more recent past has been expressly concerned with breaking down the divisions between the noncommercial and the commercial, private and public, privileged and popular. And at the same time, artists’ using their public personas has become a widespread and widely accepted practice. Given these changes, Dalí—as Michael Taylor, curator of modern art at the Philadelphia Museum of Art and cocurator of the Dalí retrospective, puts it—is “ripe for revision.”

“For too long now people have just swallowed whole the idea that late Dalí is nothing more than commercial,” Taylor says. “All along, in everything he did, there was an intellectual underside. This has been hidden partly by his own persona and partly by his enemies, of whom there were many. We’ve reached the appropriate time now to reconsider him and to demolish the myths around him.”