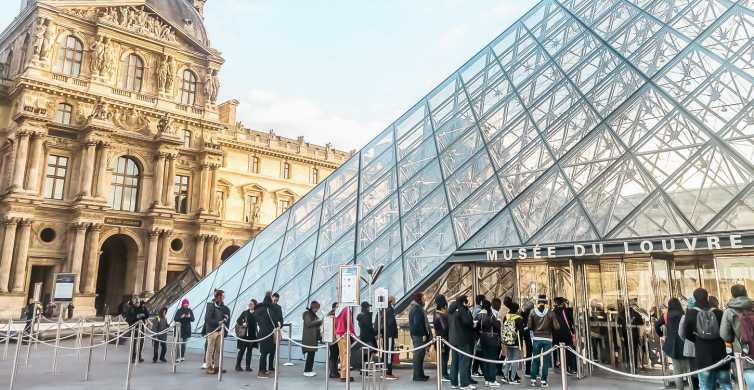 This exhibition takes visitors on a fascinating journey to the crossroads of civilisations, in the heart of central Asia, in Uzbekistan, where Samarkand and Bokhara are household names. But many other trading posts in the region brought to light works of art that are now listed as objects of world heritage.

Genghis Khan, Tamburlaine, Marco Polo – these legendary names live on in our imaginations. Yet Uzbekistan, an intellectual, cultural and artistic centre at the crossroads of India, China and Iran, remains almost unknown. With over 170 works, including Uzbeki national treasures, never before exhibited in the West, and loans from great European and American museums, this unprecedented exploration promises its visitors a few culture shocks as well as moments of sheer wonderment.

Thanks to remarkable loans from Uzbekistan, and from major European and American museums, the exhibition encompasses nearly 180 works and invites visitors to a journey through space and time. The riveting tale of 16 centuries sheds light on why this far-flung region near China and India fascinated Alexander the Great and the caliphs of Bagdad, beyond the Iranian world, further east. This hotspot of exchange and cultural flourishing provided a forum where Western and Eastern civilisations could dialogue and mingle harmoniously.

Thanks to the Art and Culture Development Foundation of the Republic of Uzbekistan’s support, a large selection of these masterworks will leave Uzbekistan for the first time and undergo special conservation treatment for the exhibition, including monumental wall paintings from the Ambassadors’ Hall in Samarkand and its surroundings, the pages of one of the oldest monumental Korans from the early days of Islam from Katta Langar, in Sogdiana, and other treasures in gold from Bactria (Dalverzin Tepe), silver, silk, and fine ceramics. The exhibition also showcases several masterpieces from the famous 16th-century miniature paintings of the School of Bukhara.

The exhibition is presented in two locations:

The Painting of the Ambassadors, the masterpiece of the Afrasiab Museum of Samarkand, accompanied by a selection of 12 works, is presented on the courtyard level of the Department of Islamic Art. Together they evoke the theme of caravan routes as crucial to diplomatic exchanges between China, India and the Middle East, but also economic, cultural, technological, artistic and religious exchanges. The 150 other works are displayed in the Richelieu Gallery.

The emergence of the Silk Road, a network of caravan routes used to connect the Far East to the Mediterranean to accommodate the rise in trade and commercial flows, is mentioned in Chinese sources dating to the 2nd century AD. During this period, the oasis states of Central Asia were emerging. Buddhism began to develop in the 1st century AD, thanks to the Kushan dynasty. The elites of this era were depicted in earthen sculptures, sometimes life-sized, as were bodhisattvas and Buddha. Golden adornment and jewellery reflect the opulence characterising these trading centres.

At the end of the 3rd century, substantial development in trade was witnessed, alongside the increase in wealth of the Sogdian kingdoms, known as the middle kingdoms due to their location between China and the Mediterranean.

The art of the court reached its apex starting in the 4th century. The monumental murals of the princely residence of Varakhsha, west of Bukhara, today dispersed in different collections, are impressively showcased thanks to important loans from the State Museum of Arts of Uzbekistan, and the digital reproduction plunging us into a palace at the Bukhara oasis prior to the arrival of the Arabs. Another ensemble from the early 8th century, hailing from an aristocratic residence in Afrasiab, transports us to Samarkand. This region is characterised by religious and funerary beliefs combining various traditions: Buddhist (Indian influence), Zoroastrian (Iranian influence), Christian and Manichaean. Extremely rare earthen sculptures and precious dishware, including silver pieces, illustrate the apex of this art of the court.

Starting in the early 8th century, Islam established itself in Transoxiana, leading to gradual political and cultural Islamisation. This is illustrated by two pages from one of the earliest editions of the Koran, known as the Katta Langar Koran, a veritable masterpiece from the beginnings of Islam in Central Asia. This cultural shift is perceptible in the architectural décor, particularly through a monumental ensemble of stucco and textile, as well as a new style of ceramics featuring calligraphy as a recurrent motif. A true period of cultural vibrancy starting in the 10th century saw the transformation of some cities into centres for cultural and scientific development and dissemination, home to such renowned figures as Avicenna, Al-Biruni in the sciences, and Al-Bukhari, compiler of Koranic hadiths.

The period between the 11th and 12th century was characterised by the Karakhanid reign over this territory – a Turkic tribe hailing from the Kashgar region, contemporary to the Seljukids then reigning in Iran and further west. This Islamic culture incorporated a nomadic Asian culture into the Arabic and Persian sources. Its material culture can be apprehended through masterpieces in precious metals (gold, silver, incised, inlaid and inset copper-plated metal). This new culture also imposed the Turkic language, alongside Arabic and Persian.

The invasion of Genghis Khan strengthened this regional east Asian identity. This period is illustrated by the remarkable loan of manuscripts, such as the celebrated Book of Wonders from the Bibliothèque Nationale de France, plunging us into Marco Polo’s travels through Central Asia and China in the 13th century.

Around these two modern empires, the celebrated figure of Timur, the founder of the famous Timurid dynasty, is evoked. The artistic renaissance is visible in the prestigious architectural traces and monumental fragments, particularly from

Samarkand and Bukhara. It is also on display in manuscript paintings such as that produced by the celebrated Bukhara School, which flourished under the Shaybanid dynasty (successor to the Timurids), being exhibited outside of Uzbekistan for the very first time here.