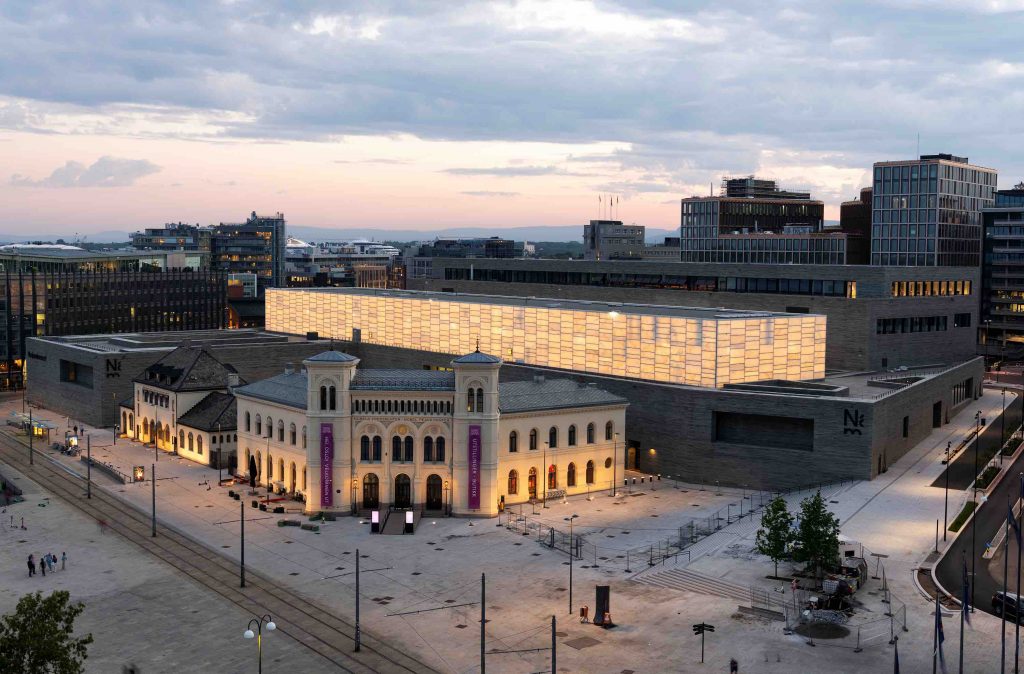 Norway’s new Nasjonalmuseet is mammoth on every level, from its size to its budget. The biggest museum in the Nordic region brings the collections of three major Norwegian institutions—the National Gallery, the Museum of Contemporary Art, and the Museum of Decorative Arts and Design—under one roof. The new building designed by the German architects Kleihues + Schuwerk cost NoK6.1bn ($670m) and is entirely state-funded.

More than 5,000 works, dating from antiquity to today, will go on show in a permanent collection display of more than 80 rooms and two floors. Important pieces housed at the new museum include Edvard Munch’s The Scream (1893); a self-portrait painted by Vincent van Gogh at the asylum in Saint-Rémy-de-Provence in 1889; and Harald Sohlberg’s Winter Night in the Mountains (1914), which has been voted Norway’s national painting.

The Light Hall, an illuminated 2,400 sq. m rooftop space for temporary exhibitions, is a stand-out feature of the new building. Its opening show will be dedicated to Norwegian contemporary art, featuring more than 150 artists and artist collectives.

The Nasjonalmuseet is part of the FutureBuilt program that aims to develop carbon-neutral urban areas in Norway. According to a project statement, the museum has “high environmental ambitions” and is designed to reduce greenhouse gas emissions by at least 50% while a heat pump utilizing seawater will be used for cooling. The entire façade is covered in Norwegian slate.