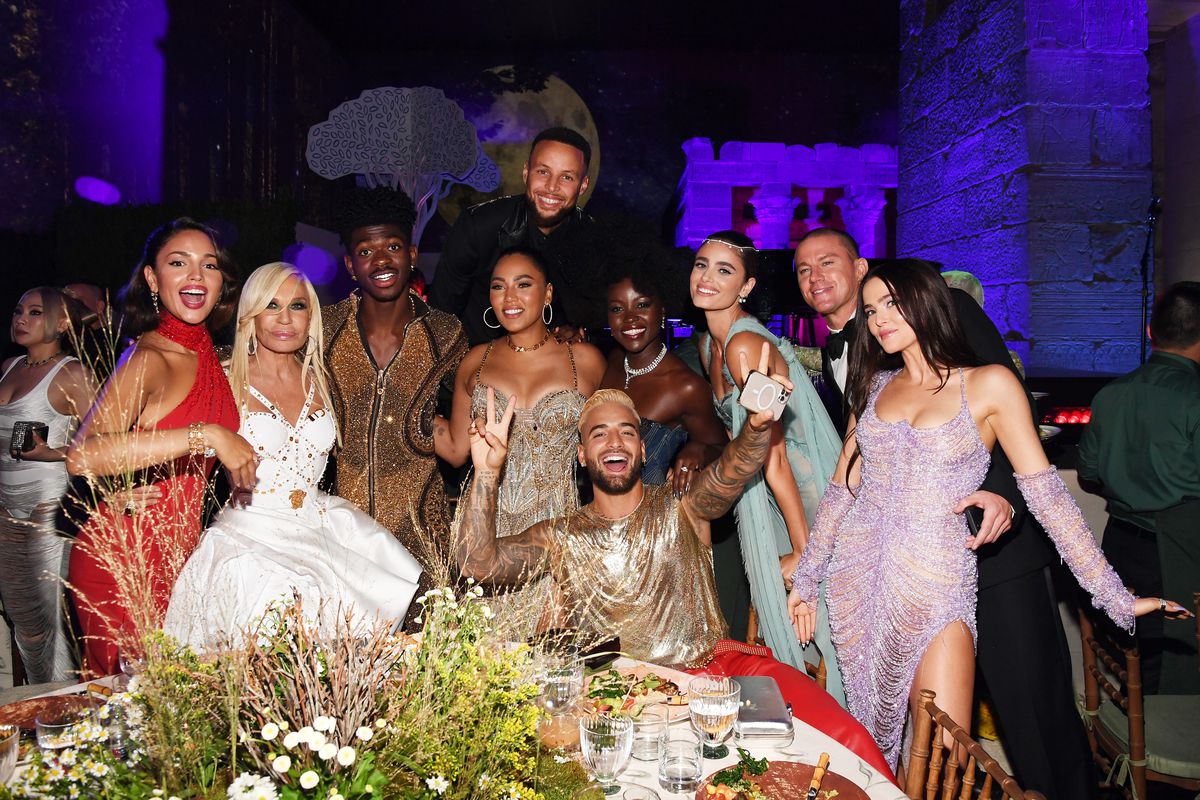 The most-watched fashion show of New York fashion week will not take place on a catwalk. On Monday evening, on the steps of the city’s Metropolitan Museum of Art, the singer Billie Eilish, the poet Amanda Gorman, the actor Timothée Chalamet and the tennis player Naomi Osaka will dress up to the nines to host the Met Gala, known as fashion’s Oscar night. At the last Met Gala, in 2019, Lady Gaga made four costume changes on the red carpet. Rihanna, whose past Met Gala looks have included a giant “omelette” dress and a pope costume, has sent out invites to an after-party.

But despite the outlandish fashion, the night will have a serious message as the gala opening of what is set to be the most politically charged fashion exhibition ever staged by a major museum.

In America: A Lexicon of Fashion is a radical reframing of American style, which celebrates diversity, spotlighting the creativity and talent of designers of colour. Visitors will be greeted by a red, white, and blue silk sash emblazoned with a question: “Who Gets To Be American?” from a 2019 catwalk show by the designer Prabal Gurung, who is of Nepalese heritage. More than 40% of the exhibits are by designers of colour, a higher proportion than in any previous Costume Institute ensemble show.

“The approach of this exhibition very much came out of the Black Lives Matter movement,” said the curator Andrew Bolton. “American fashion is undergoing a renaissance that is being driven by engagement with political and social issues. Young fashion designers in America, as in Britain, are at the forefront of conversations about inclusivity around race and gender, and the body. When you talk to them about their ambitions, it’s not about jobs at the big European houses or being the next Ralph Lauren or Diane Von Furstenberg. They approach fashion in an ethical way which is rooted in values and community.”

The show is a risk-taking move by the Costume Institute. Visitors expecting a blockbuster showcase of American fashion’s greatest hits will be disappointed. The patrician glamour of Ralph Lauren, the clean-lined vigour of Tommy Hilfiger, and the bold sensuality of Roy Halston will be represented, but not privileged. Bonnie Cashin, an esteemed but overlooked mid-century designer who pioneered comfortable separates for postwar working women, is one of the few names to have two looks in the exhibition. Almost every other designer, from mogul to unknown, has just one piece.

But Bolton, who launched the age of the must-see fashion exhibition with Savage Beauty, his 2011 show about Alexander McQueen, is backing the emotional punch of his fashion-forward take on American identity to win over audiences. “When I walk through a museum, it’s when an object moves me and affects me that I am pulled in,” he notes.

The show is arranged not by a decade or by trend, but by emotion. “Exuberance” is represented by a vast violet taffeta ballgown from 2020 by the emerging catwalk star Christopher John Rogers, who was named designer of the year at the Harlem Fashion Show & Style Awards earlier this week; “Joy” by a 1986 sweater dress emblazoned with a heart-shaped breastplate of colourful buttons by Patrick Kelly, the first American and first black designer admitted to the prestigious Chambre Syndicale du prêt-à-porter des couturiers et des créateurs de mode. This vocabulary is chosen to reflect the heightened emotional tone of America’s political climate and a new era of individualism in its fashion industry. The power of the once-mighty department store is fading and with it the age of the identikit wardrobe.

The show is pieced together like a quilt. “A quilt seems to be a much better metaphor for American fashion than the melting pot,” says Bolton. “The melting pot is about homogeneity, whereas a quilt brings together heterogeneous voices.” In 1984, Rev Jesse Jackson told the Democratic National Convention that “America is not like a blanket, one piece of unbroken cloth, the same color, the same texture, the same size … America is more like a quilt: many patches, many pieces, many colors, many sizes, all woven and held together by a common thread”. This speech was the starting point for the quilt as an organizational principle, intended to “elevate pluralism”, says Bolton.

On Monday evening, however, the world will see a more lighthearted side to the show, as Met Gala attendees interpret a dress code of “American independence” on the red carpet. Bolton expects “a few stars and stripes, and Statue of Liberty looks”. Anna Wintour has said she intends to pay homage to the Dominican-born American couturier Oscar de la Renta, who died in 2014.

Among the ballgowns and fancy dress, Bolton is hoping for “a real showcase of young talent. It might look more like a montage of New York fashion week than a traditional red carpet.”