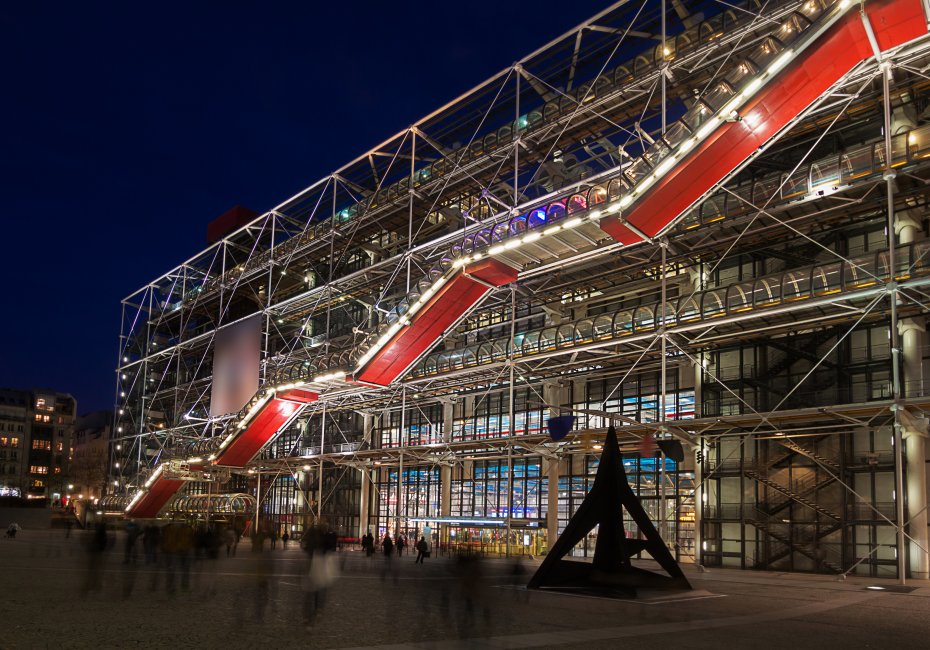 France’s culture ministry has decided to close the Centre Pompidou entirely from the end of 2023 to the end of 2026 for building renovations costing an estimated €200m. But that does not mean that the vast collection of the National Museum of Modern Art will go unseen.

Serge Lasvignes, the president of the Parisian institution, plans to circulate the Pompidou’s nearly 120,000 works “as much as possible” throughout France during the three-year closure. “The collection, which is the largest modern and contemporary art collection in Europe, belongs to all the French people and it is our duty to show it to a large audience,” he tells The Art Newspaper. The museum’s curatorial teams will keep their jobs and be responsible for organising the off-site exhibitions.

According to Lasvignes, the museum has received “numerous partnership proposals” from across the country since the forthcoming closure was announced in January. These projects “will take shape in the coming months”, he adds, describing the renovation period as an opportunity to “forge lasting relationships with cultural players” and raise the Centre Pompidou’s profile in the regions. The Centre Pompidou-Metz, the Shigeru Ban-designed outpost in northeastern France, will become a “major venue” during this time.

The Pompidou has projects in the pipeline near Paris too. In 2025, it will open an “art factory” in Massy, a southern suburb of Paris that has been billed as France’s Silicon Valley due to its cluster of tech startups. The 22,000 sq. m hub will be used for the storage and restoration of art works as well as research in collaboration with the nearby Paris-Saclay University. It will also house a 2,500 sq. m “experimental cultural space” for exhibitions, live performances, conferences, film screenings and workshops. “This will be at the heart of our action outside Paris,” Lasvignes says.

The museum has ongoing partnerships with local authorities in Toulon in the south of France, where it holds annual exhibitions drawn from its design collection, and Clermont-Ferrand in central France, where it launched an “art initiation centre” for young children two years ago.

In a country where trade unions are immensely powerful, Lasvignes promises that “no redundancies” will be made during the renovations on the Paris museum. “Training solutions will be offered to [security] agents whose jobs will be the most affected by the prolonged closure,” he says. “No one will be set aside and the dialogue with union representatives will remain constant and constructive.”

However, Lasvignes himself is due to be replaced well before the planned closure. Until 30 April, the French ministry of culture is recruiting for a new museum president to be in post by 29 June. Over an initial term of five years, their priorities will include leading the masterplan for the 2023-27 renovation; maintaining the collection’s presence “outside the walls and in the territories” throughout the closure and during the 2024 Olympic Games in Paris; and preparing a cultural programme to reopen the Centre Pompidou in 2027, when it will celebrate its 50th anniversary.