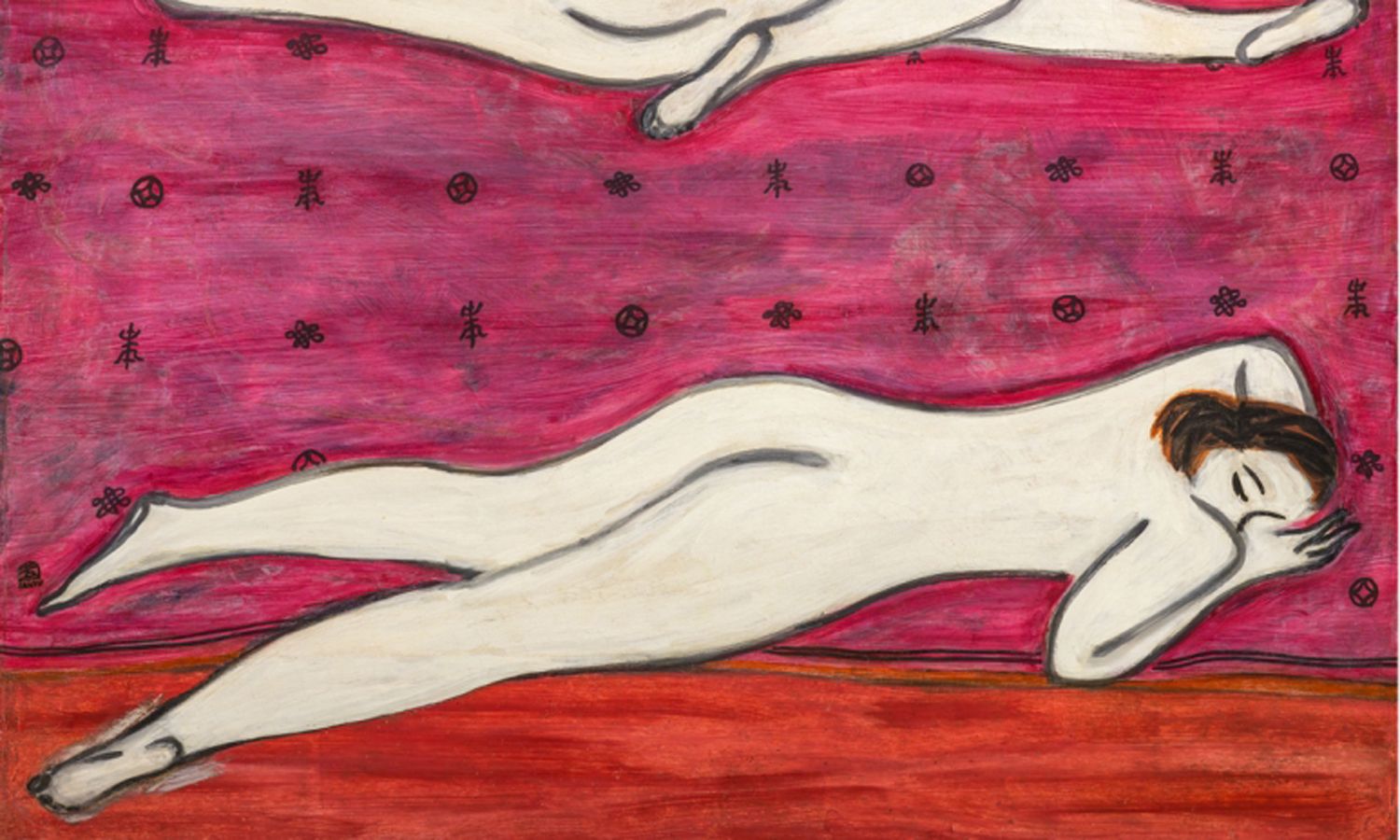 A nude painting by Sanyu, hailed as the “Chinese Matisse,” sold for over 258 million Hong Kong dollars ($33.3 million) at auction this week, confirming his status as one of the most sought-after names in the lucrative Asian art market. Painted in the 1950s, “Quatre Nus” features four reclining female figures in the French-Chinese painter’s distinctively saturated style. The artwork led Sotheby’s first major sale in Hong Kong since the coronavirus disrupted its live auction schedule, becoming the evening’s most expensive lot after a 10-minute bidding war between four collectors. It’s just the latest astronomical price paid for a work by Sanyu, who went largely unrecognized during his lifetime and was effectively destitute upon his death in Paris in 1966Last October, “Nu,” which depicts a lone woman lying on her back, fetched just under 198 million Hong Kong dollars ($25 million) at Sotheby’s. A month later, “Five Nudes” — one of just six of the artist’s coveted group nudes in existence — went under the hammer at rival Christie’s for almost 304 million Hong Kong dollars ($39 million), marking a new auction record for his work.

“To set a new benchmark for Sanyu with another of his iconic masterpieces, across two consecutive seasons, is a measure of the artist’s stature among collectors,” said Sotheby’s head of modern Asian art, Vinci Chang, referring to Wednesday’s sale of “Quatre Nus.”

Skyrocketing prices reflect a surge in interest from Asian collectors, whose spending power now significantly shapes the global auction market. Between 2000 and 2019, the price of Sanyu’s work jumped by more than 1,100%, according to the Artprice database, with mainland Chinese and Hong Kong markets now accounting for 91% of sales.

The database also found that the $109 million produced by the painter’s works at auction in 2019, made him the year’s 16th biggest seller worldwide, above the likes of Mark Rothko and Roy Lichtenstein — and way above his ranking of 873rd in 2000. “For an Asian collector, buying work by Sanyu today is like a Westerner buying work by Matisse,” Artprice’s analysis notes, saying that his brushstrokes and sense of proportion were “truly Matissian.”Yet, Sanyu’s life story is one of disappointment and poverty, as his work failed to attract the attention afforded to his European and Chinese émigré peers. Born in 1901 in the southwestern Chinese province of Sichuan, Sanyu was one of a number of young artists to relocate to Paris in the early 1920s. He discovered a penchant for painting still lifes, flowers, and nudes — with the latter being a particular novelty, given that naked models were not part of China’s artistic tradition at the time.

Though he moved in the era’s avant-garde circles through the ’20s and ’30s, Sanyu relied on the goodwill of patrons, rather than exhibitions or sales, to support his practice. “The misery of the lives of artists,” he wrote to one of them, the Dutch composer Johan Franco, in 1932. “They ought to be poor, always poor, until the end.”His commercial fortunes were no better after World War II. But it was in the post-war period that he produced many of his now-famous nudes, evolving his style to embrace bolder colors and long curves reminiscent of Henri Matisse, to whom he is often compared.

In addition to watercolors and sculptures, he produced a total of 56 nude oil paintings in his career. And while his artistic approach was more in keeping with the Western traditions of his adopted homeland, he also used traditional Chinese ink wash painting techniques and practiced calligraphy, which he had trained in during his youth.Whether due his allegedly eccentric personality, his failure to hold regular exhibitions or his time-consuming commitment to ping-tennis (a sport he invented and later dedicated much time to promoting, to little avail), his work had made little impact on the art world by the time he died following a gas leak in his studio.

Sanyu’s oeuvre went largely undiscussed until the late 1980s, when the Taipei Fine Arts Museum in Taiwan featured his work in an acclaimed exhibition exploring the connections between China and Paris.Through the 1990s, he was the subject of various art publications. Then, in 1995, Sotheby’s brought an unprecedented trove of Sanyu’s paintings to the international market, selling off his patron Johan Franco’s collection en masse.

Revived interest in the artist’s output led to a major show in his home city of Paris, when the Guimet Museum hosted 2004’s “Sanyu: l’écriture du corps” (“Sanyu: Language of the Body”). By this time, his works were already growing in value, an upward trend buoyed by a 2017 exhibition at Taiwan’s National Museum of History, which displayed a collection of artworks it had held onto since the 1960s. (Shortly before his death, Sanyu had shipped more than 40 paintings to Taipei for a show that, for unknown reasons, never transpired, and the museum has kept them ever since).

It is not only Sanyu’s work that has benefited from Chinese collectors’ growing wealth. Celebrated painter Zhang Daqian, who died in 1983, was the world’s best-selling artist at auction in 2011, while the late Wu Guanzhong and the 20th-century watercolorist Qi Baishi both feature alongside Western greats like Picasso and Monet as some of the biggest names at auctions worldwide last year.The work of Sanyu’s contemporary Zao Wou-Ki, who moved from China to Paris in the late 1940s, has also surged in value. Seven of Zao’s paintings were also included in Sotheby’s Wednesday evening auction, selling for a combined total of $41 million, while in 2018 his triptych “Juin-Octobre 1985” went for $65 million to become the most expensive artwork ever to go under the hammer in Hong Kong.