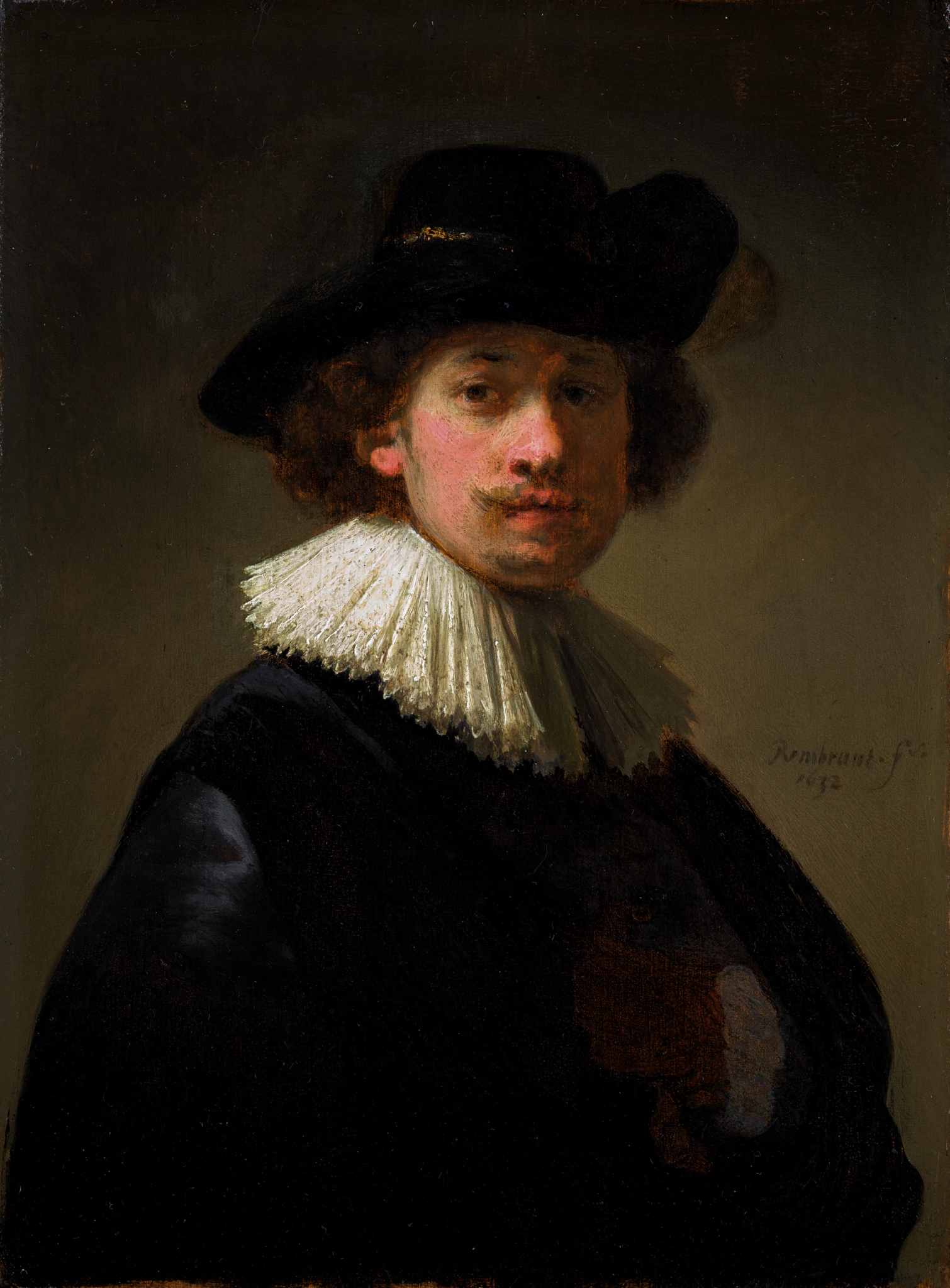 Top auction houses have begun to unveil leading lots for the upcoming marquee auctions in July. At Sotheby’s, one of those top lots will be a Rembrant self-portrait. The painting will lead the house’s first cross-category evening sale, which has been rescheduled and will now take place on July 28. The work is expected to sell for £12 million–£16 million (around $15 million–$20 million), and it will appear alongside works by Old Masters artists, Impressionists, and British modern and contemporary artists.

At 8⅝ x 6⅜ inches, the self-portrait was made during the artist’s Amsterdam period in the 1630s, and depicts the 26-year-old artist wearing a white collar and black felt hat to appear upper-class. According to Sotheby’s, Rembrandt either wanted to promote his status to his future in-laws, before marrying muse, Saskia van Uylenburgh, or he may have produced it as an example of works to be made on commission. The work, dated 1632, is one of two known self-portraits of its kind.

“Painted self-portraits by Rembrandt are the rarest of the rare,” George Gordon, Sotheby’s co-chairman of Old Master paintings worldwide, told Art Market Monitor, claiming the subject matter as “the greatest single source of his enduring fame.” The work, he said, was likely painted in just a day, during a time when Rembrandt’s studio was growing in prominence.

Gordon added, “This one is painted with the visceral energy and sureness of touch that we associate with the greatest artist of the Dutch Golden Age.”

The work has changed hand several times in past decades, and was acquired by the seller in 2005 privately from Dutch dealer Noortman Master Paintings. This is the first time it has come to auction since 1970, when it was sold at Sotheby’s in London from an anonymous collection for just £650 to Paris collector J. O. Leegenhoek. It is one of the few remaining Rembrandt self-portraits still in private hands.

The work has appeared at various major institutions, including Amsterdam’s Rijksmuseum in 1997 and London’s National Gallery in 1999.

According to Sotheby’s, the artist completed around 80 self-portraits in various mediums between age 22 and 63. Only two other examples comparable to the one coming up for sale are known to exist—one resides in the Leiden collection in New York, the other is on long-term loan at the National Gallery of Scotland.

The masterwork is leading Sotheby’s new hybrid evening sale at a time when the market is embracing changes to collecting norms and merging categories. Rembrandt’s recognizability makes the artist’s work an ideal candidate to lead the sale, Gordon said. Buyers, he continued, “are less concerned about schools and periods of the art of the past, and are more and more amenable to see the art of the past and the present as a single continuum, as we do ourselves.”

“Because most of them are in museums, Rembrandt paintings come to the market rarely, and self-portraits, almost never,” Gordon said. The last painting like it to hit the block, Self-portrait with shaded eyes, came to auction in 2003 at a Sotheby’s London sale and fetched $11.3 million, surpassing its estimate of $6.5 million–$9.8 million.

As collecting methods shift because of the pandemic, the Old Masters category has been changed too. “This time a few months ago, many people were probably of the view that Old Masters would be the last field to adapt to the brave new digital world,” Gordon said. Now, however, that category has acclimated. As online sales quickly took over the market in a period of several months, demand for the category has still seen high results and competitive bidding.

“The evidence was already there that collectors in the field are totally open to new digital ways of transacting,” Gordon said. “The evidence is irrefutable: in the last two months, we’ve staged two dedicated Old Master online sales, the first of which doubled its estimate, the second tripled it.”

Private sales have long played a major role in the Old Masters market, but Gordon said it’s is yet unclear whether that will change. “We don’t expect to see any major shift in the balance” between public and private sales, he said.