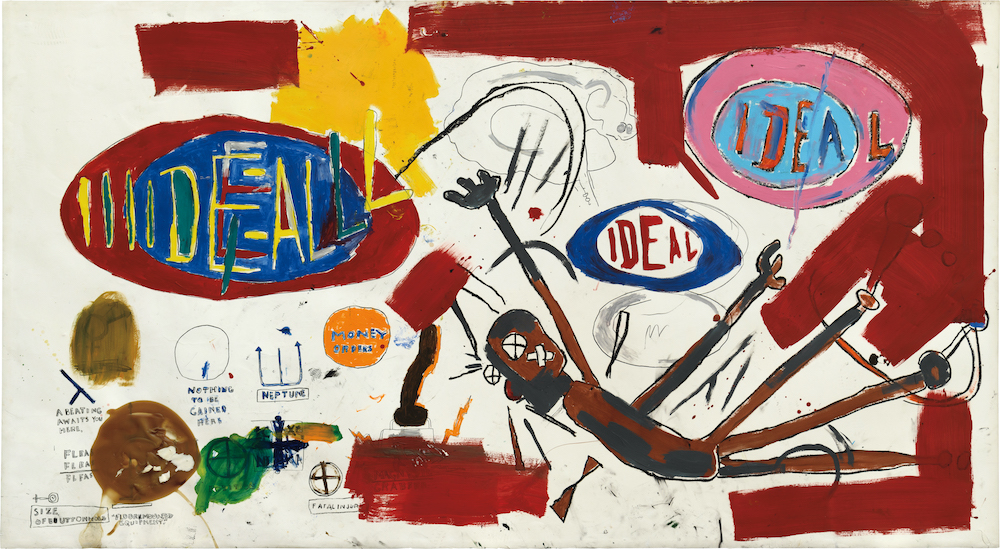 Christie’s will sell a $40 million Newman in their globe-spanning, relay-style sale. Phillips will offer a $10 million Basquiat.

In an attempt to fight virtual-event fatigue, auction houses are getting creative with their summer sales—and they are securing major lots to do it.

Phillips announced today that a prized Jean-Michel Basquiat work estimated at $10 million will highlight its upcoming 20th century and contemporary art evening sale in New York. Meanwhile, Onement V, a Barnett Newman zip painting from 1948 (estimated at $30 million to $40 million) will lead Christie’s ONE: A Global Sale of the 20th Century, a virtual “relay-style” auction that will take place across four cities and three time zones on July 10.

The Phillips auction, on July 2, will be live streamed and will feature a host of multimedia content for remote bidders, including on-the-spot art-historical and market analysis for its lots.

The sale will be broadcast live from Phillips’s new saleroom in London. The company’s principal auctioneer, Henry Highley, will lead the sale in real time while a video wall will show Phillips’s specialists on the phone with bidders.

“We’re thrilled to bring our marquee evening sale to collectors worldwide in a format that will capture the intimacy and excitement of being in the room,” Jean-Paul Engelen, Phillips’s deputy chairman and worldwide co-head of 20th Century & Contemporary Art, says in a statement.

Painted in 1987, a year before his death, Basquiat’s canvas Victor 25448 was last offered at auction in 2008, when it went for $3.5 million at Christie’s post-war and contemporary art evening sale. Now, Phillips is hoping to replicate the luck it had in 2018 when it sold another major Basquiat work, a 1984 painting titled Flexible, for $43 million—doubling the work’s low estimate.

The Newman work notably is not guaranteed, however, suggesting that the seller is confident in its hefty price tag.

The live-streamed marathon sale at Christie’s, which replaces its 20th century evening sale originally set for next week in New York, will kick off in Hong Kong before footage will move on to Paris, London, and, finally, New York. Auctioneers in each location will lead their respective sales, and pre-sale exhibitions will be held in each city. (Policies for visiting the exhibitions will vary depending on the regions’ respective health rules.)

“This hybrid-format concept sale is a way to adapt and innovate,” says Giovanna Bertazzoni, Christie’s co-chairman of Impressionist and Modern art, in a statement. “We feel that this event will represent the way clients collect today.”

Newman’s Onement V was last offered at Christie’s postwar and contemporary art evening sale in 2012 when it went for $22.4 million—cruising past its $10-15 million pre-sale estimates.