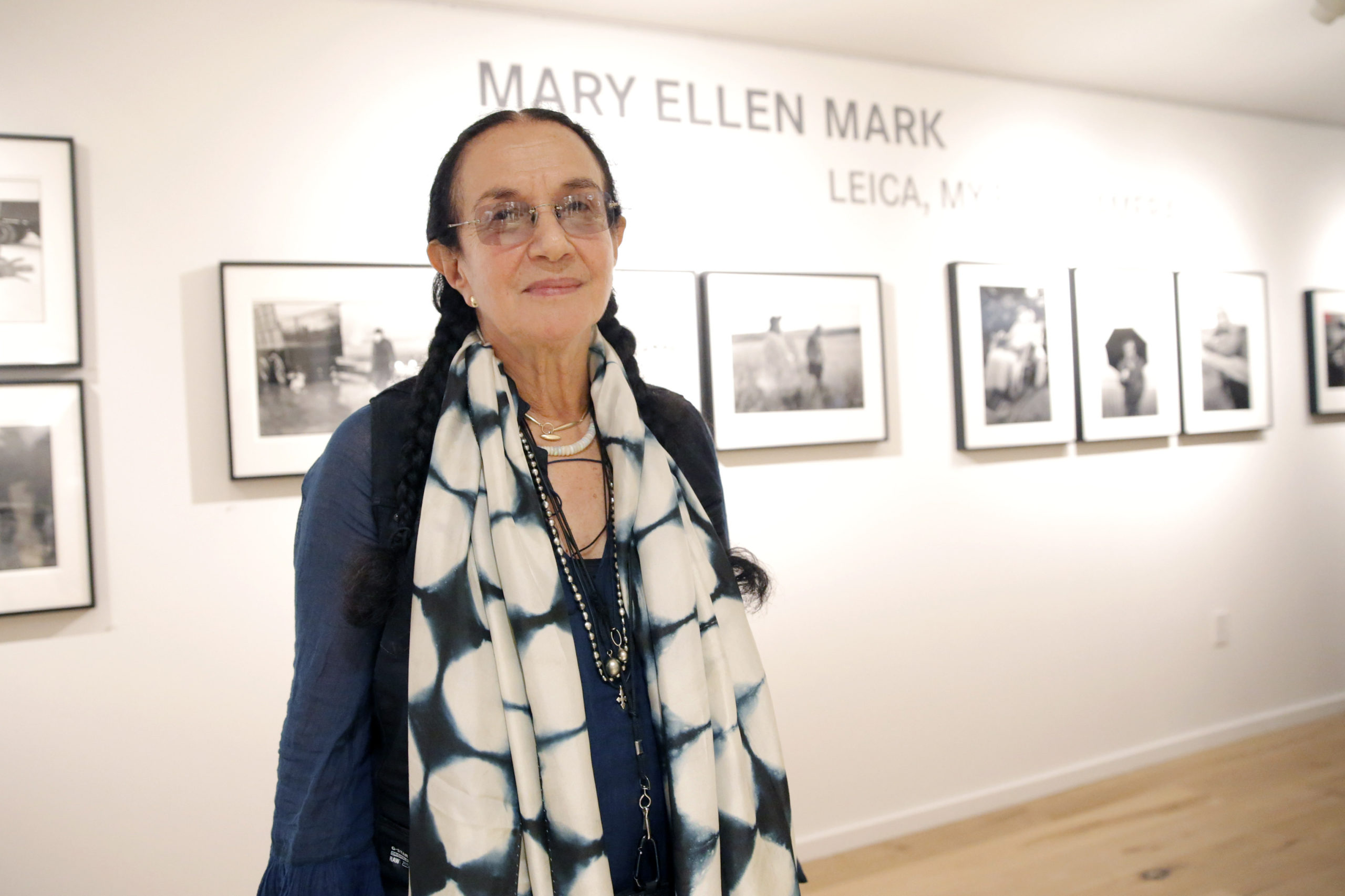 Mary Ellen Mark, a humanist photographer, and filmmaker died yesterday, Memorial Day, at the age of 75.

Mark was born in 1940, in the suburbs of Philadelphia, and was taking pictures with a Box Brownie at the age of nine. By 1966, the former high school cheerleader had traveled to six countries (including Turkey, on a Fulbright scholarship), and had earned a BFA in painting and art history from the University of Pennsylvania and a master’s degree in photojournalism from the Annenberg School for Communication.

Her move to New York in the late ’60s marked the beginning of her career. Whether in India or Ethiopia or California, Mark photographed everything—the women’s liberation movement, Vietnam War demonstrations, celebrities, transvestite culture, homeless people, pre-Giuliani Times Square, world leaders, prostitutes, dying people, members of the Ku Klux Klan. Her natural tendencies eschewed discrimination, and she once explained, “I’m just interested in people on the edges. I feel an affinity for people who haven’t had the best breaks in society. What I want to do more than anything is acknowledge their existence.”

Mark was a contributor to Life, Rolling Stone, Vanity Fair, and The New Yorker, and published 17 books of photographs, primarily in black and white. One of Mark’s photo series for Life, “Street Kids,” a collection which captured thirty years in the life of prostitute and heroin addict Tiny Blackwell, was the basis for the movie Streetwise. Mark was also a prolific set photographer on films such as Apocalypse Now, Satyricon, Alice’s Restaurant, Catch-22, Carnal Knowledge, True Grit, and Australia, among others. She herself wrote, produced, and shot still photos for the 1992 film American Heart, which was directed by her husband, director and documentary filmmaker Martin Bell.

Her latest project documented New Orleans and is scheduled to be published by CNN later this summer in honor of Hurricane Katrina’s 10-year anniversary. Last year, Mark was the recipient of both the 2014 Lifetime Achievement in Photography Award from the George Eastman House and the Outstanding Contribution Photography Award from the World Photography Organization. “I’m just interested in reality,” she remarked in 2020. “I’m looking for something that makes sense to me, something that I can share with others.” Twenty years earlier, she had said in an interview with the  Philadelphia Inquirer, “When it’s good and interesting, [I still] get that feeling of being on the street and wondering, “God, I love this! What’s going to happen next?”