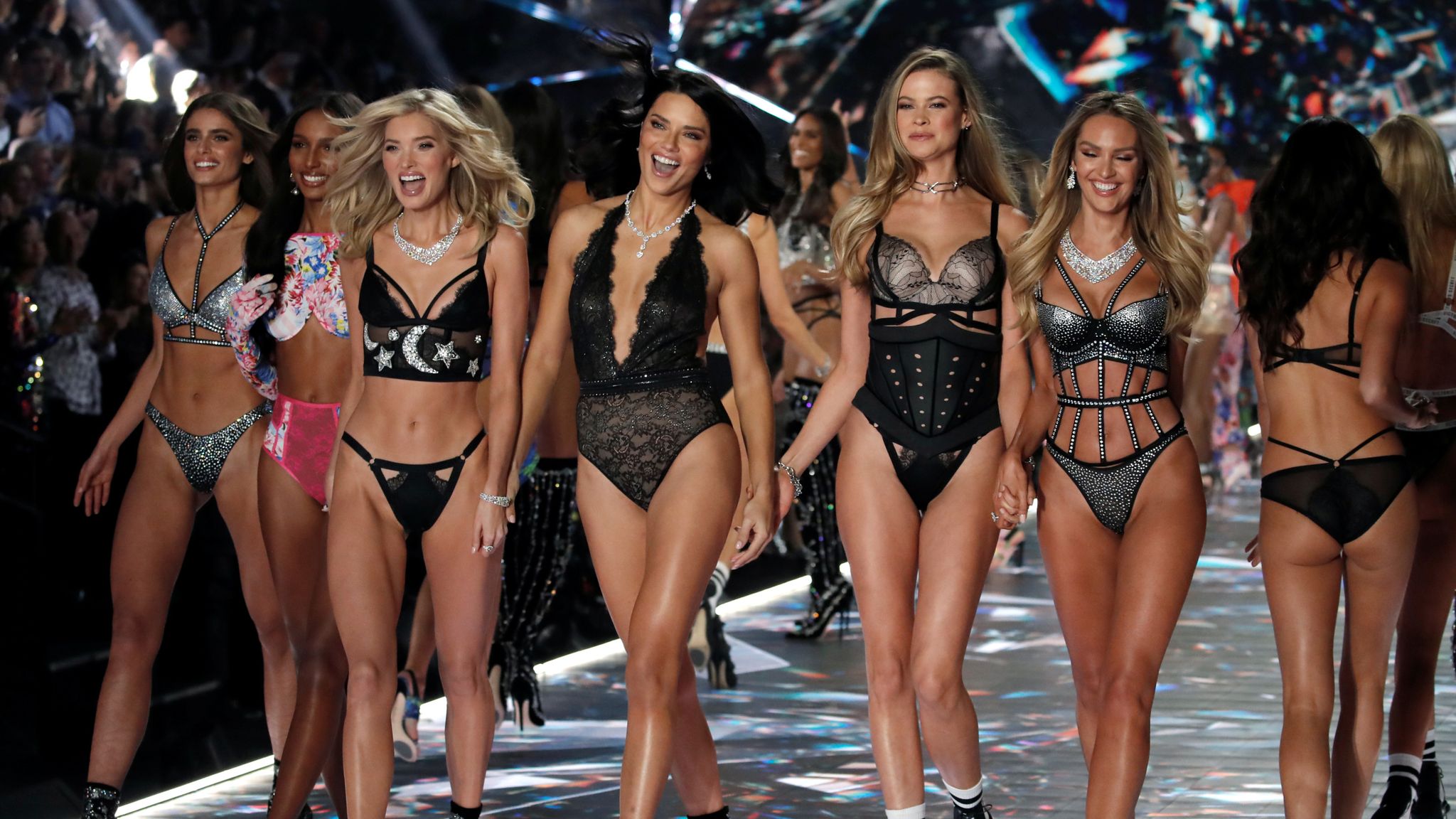 The UK arm of Victoria’s Secret has fallen into administration, putting more than 800 jobs at risk.

The chain, famous for its fashion shows, has 25 shops in the UK, all of which have been shut since the virus lockdown started in March.

Administrator Deloitte said there would be no immediate redundancies as it tries to find a buyer for the chain.

Rob Harding of Deloitte said it was “yet another blow to the UK High Street” amid the Covid-19 pandemic.

But the chain had already been hit by changing consumer tastes and weakened spending.

The UK arm made an operating loss of £170m in the year to February 2019, according to the most recent filings available.

The show launched in 1995 and was once a major pop culture event, drawing millions of viewers each year to watch its so-called “angels”.

In 2018 it saw its lowest ratings ever, drawing criticism that it was sexist, outdated and lacked diversity.

The brand’s parent company L Brands said it was important to “evolve” its marketing strategy at the time.

The firm had already furloughed 785 workers in the UK before appointing administrators.

Deloitte described the administration as “light touch”, meaning the management are allowed to keep running the business.

It will now attempt to find another buyer for its assets, or re-negotiate rents on its High Street stores in a bid to improve the firm’s financial situation.

All its UK shops will remain shut, but none will, for the moment, be closed permanently.

The administration process also excludes its online business, which will continue trading.

Mr Harding added that this was a “further example of the impact the Covid-19 pandemic is having on the entire retail industry.”

“The effect of the lockdowns, combined with broader challenges facing bricks and mortar retailers, has resulted in a funding requirement for this business, resulting in today’s administration.”

Several other High Street brands have been struggling in recent weeks due to lockdown measures introduced in March to stop the spread of the virus.

However, Victoria’s Secret has arguably been eclipsed in recent years by brands such as Savage X Fenty, the lingerie line by singer, actress and businesswoman Rihanna, whose events showcase a range of body types.

There was also a furious response to an interview in Vogue with then chief marketing officer Ed Razek. He suggested “transsexual” people should not be a part of the fashion show. He later left the company.

Qing Wang, professor of marketing at Warwick Business School, said: “If the UK arm of Victoria’s Secret is to be saved, it needs a new start and a major overhaul of its brand and marketing strategy.

“It needs to be brought up to date to reflect the values of gender equality, sustainability, and diversity that appeal to today’s shoppers and compete with the brands that have overtaken it.

“It has not kept pace with the strong values of millennials and post-millennials, who should now be the company’s target customers,” she added.